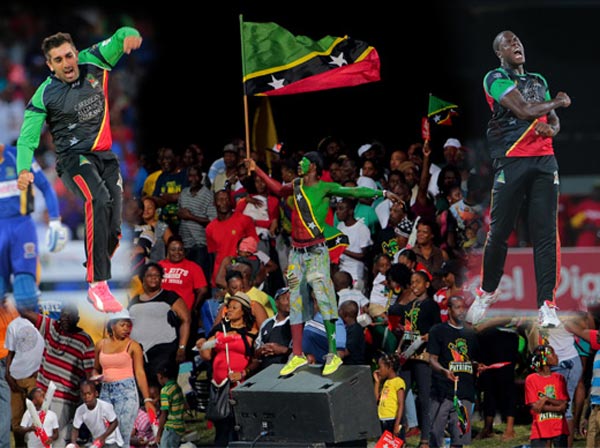 Basseterre, St. Kitts, July 07, 2016 (SKNIS): The hosting of the 2016 CPL T20 Games will no doubt have a significant impact on the economy of St. Kitts and Nevis, says Stanley Knight, Permanent Secretary in the Ministry of Youth, Sports and Culture during the live airing of the radio-television programme “Working for You” on Wednesday July 6.

Mr. Knight said evidence of this economic impact can be seen from the Economic Return on Investment Report done for St. Kitts and Nevis in 2015 by SMG INSIGHT, an independent research consultancy that provides leading edge sports and sponsorship research.

“Last year St. Kitts saw a direct spend in relation to the CPL League of over US $10 million, which had an overall impact to the economy of St. Kitts,” said Mr. Knight. “This would include things such as revenues from hotels, food and beverages industries, taxes, all of the secondary and tertiary support services that come along with that type of influx of persons. The total impact on the economy of St. Kitts and Nevis was around US $20 million (19.28 million)”

Mr. Knight said that the direct spend was US $1.36 million, the incremental spend was US $3.98 million and the media value US $4.85 million. He also said that the total number of spectators was 38,814. Two hundred and forty-three jobs were created and the payroll was US $72,000. The television audience was almost 30 million and the total number of hotel guests 4,461.

He said that the total viewership for the CPL T20 Games last year across all countries was over 17 million.

“The CPL has expanded that viewership by initiating deals in Canada, United States, the United Kingdom, the Middle East and Africa,” said Mr. Knight. “These are what I called neutral games where every team has to play a game away from their home territory. Either 4 or 6 of those neutral games are actually going to Miami, Florida, which of course is going to add to the television revenues as interest spikes.”