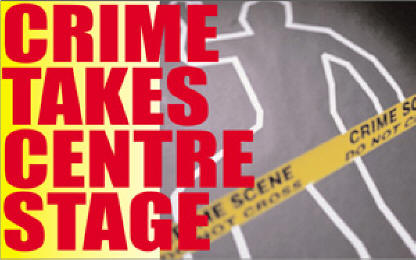 (St. Kitts, Basseterre) – Police confirmed that two men whose bodies were found partially decomposed in the Mattingley-Olivees mountain area 10 days ago were the victims of homicide, in turn prompting pubic comments reflecting fear and frustration over the latest killings.

Mr. Leon Willock, 20, of Dorset Village and Mr. Orlando Williams, 25, of Buckley’s Site were reported missing near noon on March 18. A subsequent search of their last known whereabouts led to the discovery of their bodies about 3 pm.

Mr. Willock’s body was found in a marijuana patch and the body of Mr. Williams was found nearby in a ghaut

“It is a homicide,” police Inspector Cromwell Henry said. He declined to offer any details of the investigation, but said, “We have some suspects we are looking at.”

Some residents of St. Kitts expressed their reaction to the homicides.

“It is shocking.  I can’t believe St. Kitts people getting that way and in such a small place.  Marijuana is illegal but the people worked to bring their crop and it is not right to steal it.  All involved were doing something illegal.  We [young people] feel unsafe like it is harder to go out to functions and enjoy yourself without worry,” a young man said.

One woman described her feelings: “Scary.  I work and I have to get up at four in the morning to work for five.  The bus comes at my gate to waits for me but I have to leave my home to get that bus and I don’t know if within those few steps what might happen.  I live in the same area where the shooting occurred last time.”

A relative of one of the victims said, “I don’t feel good about it because one of them is my nephew, Williams.  I feel we need to get something to occupy their minds because nothing is there (to do). They (are) using this marijuana thing so I feel that if they get something, some kind of farming thing to do I believe that would be better for them because they will wake up in the morning with the intention they have to do this farming, but because they don’t have anything to do, they wake up with this marijuana thing on their mind and that’s what they gone to do.  I feel they need work to do.”

The first murder in the Federation in 2008 took place Jan. 28 on Nevis, when Mr. Leon Westerman, 28, was gunned down while leaving a bar. On March 11, Mr. Derrick Gumbs, Jr, was shot to death along the side of the road on St. Kitts.