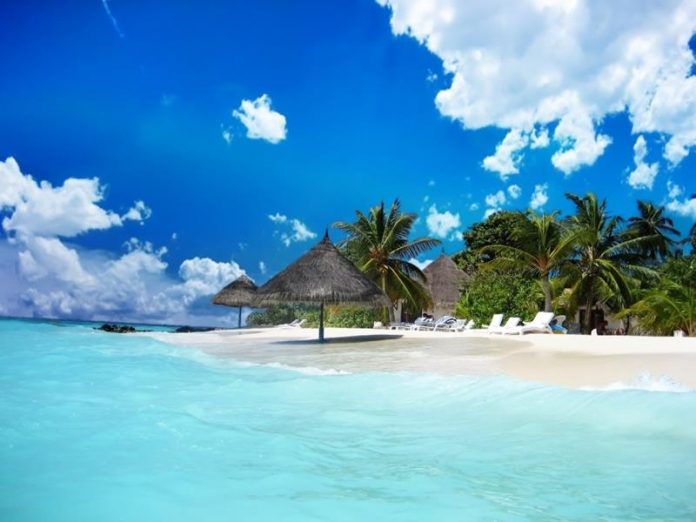 - Advertisement -
In the latest sign that cruising in North America is on the cusp of a comeback, Crystal Cruises on Thursday promised to be back in operation in the region by early July.

In a joint press conference with Bahamas tourism officials, leaders of the Miami-based luxury line said Crystal would resume sailings on 3 July with a series of week-long, all-Bahamas voyages out of Nassau and Bimini — something that has never been done by any line.r.

The trips will take place on Crystal’s 980-passenger Crystal Serenity.

“This is an exciting day for cruising, for the islands of the Bahamas, for Crystal and for all those who love and miss life-enriching travel,” Crystal’s interim president and CEO, Jack Anderson, said at the start of the 40-minute-long event.

Anderson suggested the sailings would make Crystal the first major cruise line to resume ocean cruises in North America — something that remains to be seen.

Most major cruise lines that operate ocean voyages already have cancelled all North America sailings through the end of May. But some still have sailings on their schedules in June.

Still, those June sailings aren’t necessarily going to happen. Nearly all of them involve travel in U.S. waters, which requires the approval of the U.S. Centers for Disease Control and Prevention (CDC).

The CDC currently isn’t allowing most cruise lines to operate in U.S. waters, and it has laid out a long period of testing and approvals before cruising can resume.

By restarting operations in the Bahamas with an itinerary that does not touch U.S. waters, Crystal is avoiding having to get permission to sail.

Crystal only needs the permission of Bahamian authorities to operate the trips, which it already has.

Related: Royal Caribbean plans new sailings out of Israel in May

“This is a milestone achievement — one we are most honoured to be part of after a year of uncertainty, of despair, of doubt,” Bahamas tourism and aviation minister Dionisio D’Aguilar said during the press conference. “We will remember this moment. Indeed, this may very well prove to be the tipping point for our citizens, for our tourism industry, for our nation.”

Noting that tourism accounts for more than 70% of Bahamas tax revenue, D’Aquilar said the shutdown of travel worldwide over the past year had hit the country hard. A return of cruise ships to the Bahamas “will bring much-needed economic relief,” he said.

Cruise ships in 2019 delivered 5.4 million visitors to the Bahamas, providing a critical source of revenue to the country.

None of the world’s major cruise lines has operated an ocean cruise in North America since the COVID-19 outbreak was declared a pandemic in March 2020. But two small lines that operate very small vessels — UnCruise Adventures and SeaDream Yacht Club — have tried to restart operations in North America since August. Both quickly aborted the attempts due to COVID-19 scares.

UnCruise Adventures, a specialist in adventure cruises, restarted sailings out of Juneau, Alaska, in August with a single, 60-passenger vessel. It halted the restart after just three days when a passenger tested positive for COVID-19. The test was later deemed to have been a false positive.

In November, SeaDream Yacht Club attempted to resume voyages in North America with Caribbean sailings out of Barbados on its small, 112-passenger SeaDream 1. But the yacht-like ship’s first Caribbean voyage did not go particularly well. It ended with a COVID-19 outbreak and a quarantine for passengers.

SeaDream has since cancelled all remaining sailings for the winter season. It doesn’t have any voyages on its schedule until May.

Crystal said it would operate 16 of the week-long Bahamas voyages for a four-month season that would last until 21 October.

Assuming the trips take place, it will mark the first time a cruise ship has been based in the Bahamas in the history of cruising.

The line noted that the calls were subject to final confirmation and might also vary due to weather or other conditions.

The line also announced a pre- and post-cruise land program that included stays at Nassau’s SLS Baha Mar and Hilton Resorts World Bimini. Prices for stays at the two properties will start at $359 (£257) and $299 (£214) per guest, respectively, and include transfers between the resort properties and the airports, and all taxes and resort fees.

Crystal Serenity will operate with a number of new anti-coronavirus protocols including social distancing rules, mask mandates and health screenings, the line said. The ship also will operate at a reduced capacity, and all passengers will be required to have been fully inoculated with a COVID-19 vaccine at least 14 days prior to boarding the vessel.

Crystal’s announcement comes as the line continues to struggle to pay refunds to customers who have had their sailings cancelled over the past year. TPG has been contacted regularly for months by upset and exasperated Crystal customers who have not received refunds for cancelled trips that had been scheduled to take place as far back as the spring of 2020.

Just this week, we heard from a Crystal customer who had been waiting 308 days for a refund.

In a statement sent to TPG that the line also will be posting on its website later today, Crystal apologized for the long delays in refunds and suggested it had recently gotten access to more cash to be able to pay out more money.

“We are pleased to say that during the past month, we have been able to open new channels of access to available collateral that have allowed us to process additional refunds,” the statement said. “We expect to complete 37% of remaining refunds by the end of March with an additional 46% of all remaining refunds to be completed by the end of April, for a total of 95% completed.”

Crystal said in January that it had sent refunds to customers for more than 75% of all cancelled cruises.

“The entire team at Crystal understands and recognizes that those who have not yet received their refunds are frustrated, and we know that we continue to fall short of our service standard and we sincerely apologize for that,” the company said in the statement.