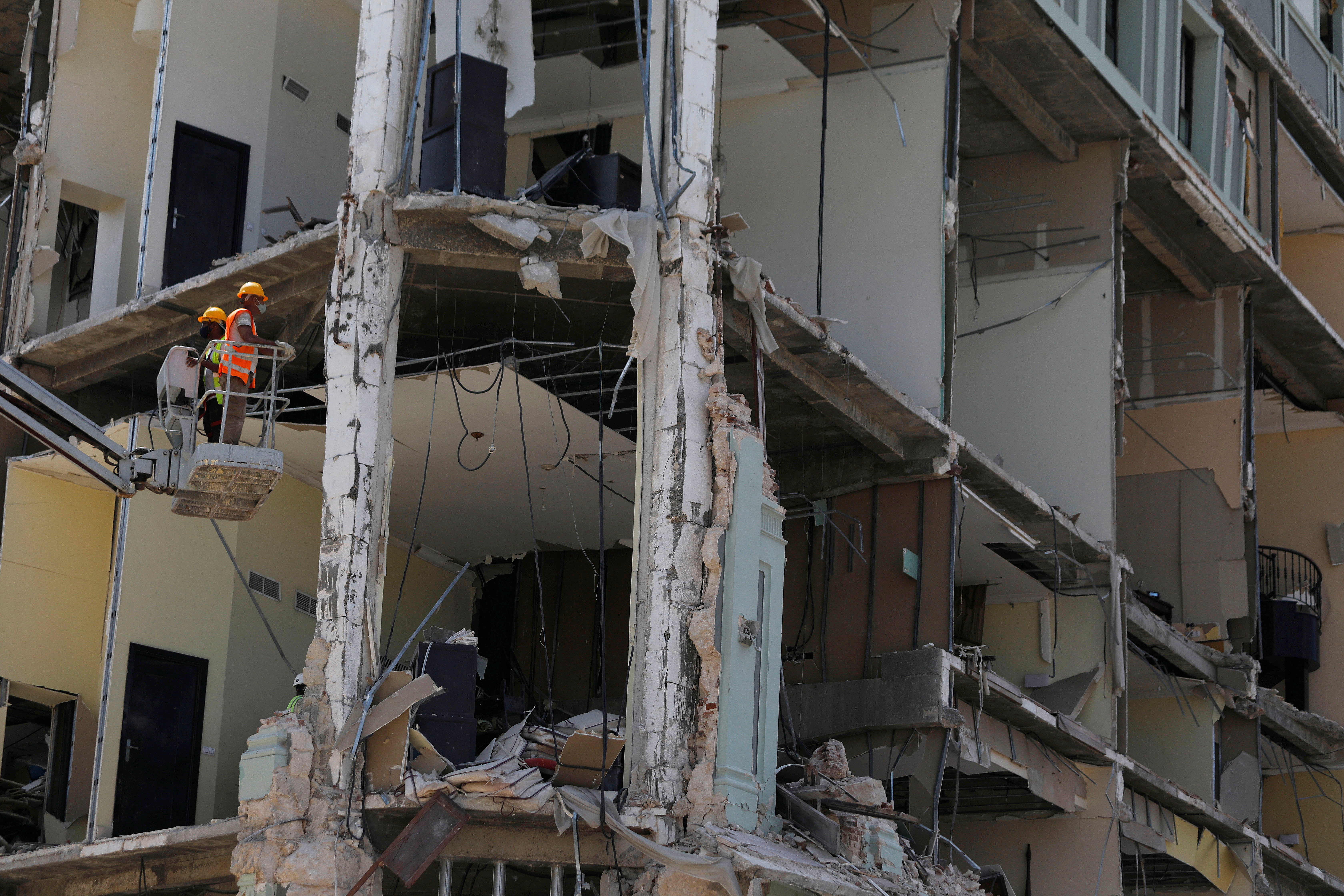 Emergency personnel walk in front of the Saratoga Hotel six days after it suffered from an explosion, in Havana, Cuba May 12, 2022. REUTERS/Alexandre Meneghini

HAVANA, May 12 (Reuters) – Cuban rescue officials said late on Thursday they had recovered the body of the last person believed to be missing following an explosion last week that blew the sides off a luxury hotel in historic Havana.

Discovery of the body raised the death toll to 45.

The massive blast on Friday at the five-star Hotel Saratoga, a block from the iconic capitol building in a renovated area of Havana popular with tourists, left more than 100 people trapped, killed or injured. Fifteen remain hospitalized.

Luis Carlos Guzman, chief of Cuba’s firefighting corps, told reporters at the site of the blast that the woman whose body had been recovered, believed to be a waitress at the hotel, was “as of now, the last missing person.”

The hotel was closed at the time of the explosion, but was set to open Monday. Most of those killed or injured were Cuban staff or passers-by, including a Spanish tourist and a pregnant woman. Several children from a nearby school were injured in the blast, and four were killed.

Shortly after recovery of what was believed to be the last body, President Miguel Diaz-Canel declared a period of national mourning in honor of those who died.

For days, Cuban rescue workers have sifted through massive piles of debris at the base of the hotel’s neo-classical style building, which is more than a century old. They have sought access to difficult-to-reach areas in the lower stories, where the last bodies were found.

Besides the human toll, the blast seriously damaged two adjoining upscale apartment buildings and inflicted lighter damage to 17 structures within a two-block radius.