Havana, Cuba (CNN)For Cubans, the heat is on and the power could go out any moment.Enduring broiling-hot summer temperatures and a short-circuiting electrical grid has long been part of life in Cuba but now the island is dealing with severe fuel shortages, failing power plants and widespread blackouts that are testing even the most patient. 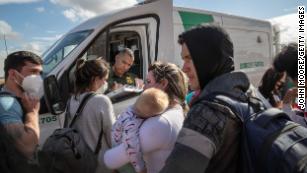 Cubans are arriving to the US in record numbers. Smugglers are profiting from their exodus
The energy crisis is of particular concern for government officials after last year’s widespread protests, the largest since the Cuban revolution, which first began after residents got fed up with rolling blackouts and took to the streets.
Last week people in the Western town of Los Palacios angrily banged pots and pans in a “cacerolazo” to protest a nighttime black out. Residents reported that the internet service was cut for several hours and that local officials eventually managed to calm down the protestors. At least for the time being.
“Cuba feels like a powder keg that could blow up on any corner,” said Miguel, who lives in the same province where the most recent protests took place. He asked that his full name not be used for fear of retribution. 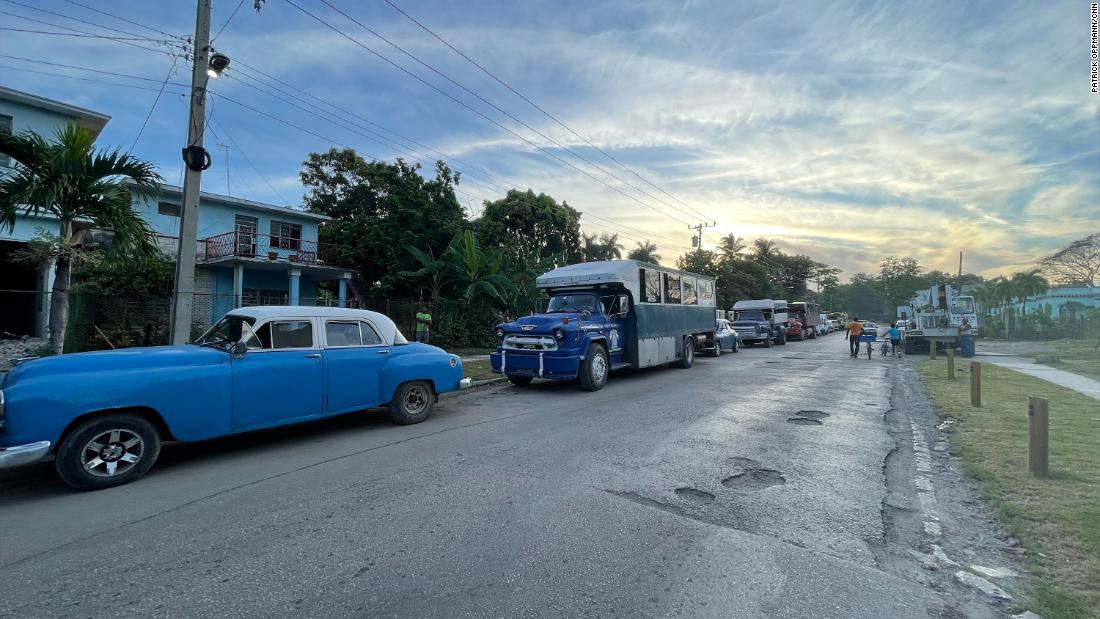 Fuel shortages and rolling blackouts are party of every day life in Cuba.In response to the growing energy crisis, officials give regular updates on the power shortages but the news is rarely good.

“The situation is complex and tense right now, but it has a solution even if it won’t happen immediately,” Energy and Mining Minister Livan Arronte Cruz said during an appearance on state-run TV on Monday where he admitted blackouts will continue through the summer.

Cuban officials say US sanctions, which increased dramatically during the Trump administration and have largely been maintained under President Biden, make buying replacement parts for power plants and even fuel difficult and more costly.

But analyst Jorge Piñon, the director of the Latin America and Caribbean Energy Program at the University of Texas in Austin, said the Cuban government is producing less of the crude it needs to run the island’s power plants and is increasingly facing an energy shortfall.

Investments in renewable energy have so far not paid off. A proposed Chinese joint venture to build a windfarm has been delayed, and a British project to turn the residue of sugar cane milling into energy was hampered by the recent poor harvest, the worst in Cuba in over 100 years, Piñon said.

Even more damaging was the government’s failure to invest in maintaining the aging power grid.

“I am not an alarmist but for the first time in a long time I am really worried,” Piñon told CNN. “You have a number of cumulative effects taking place that cannot be solved with band-aids. We are talking about major structural investments in the billions of dollars that could take years to solve this problem.”

Cuban officials acknowledge that significant repairs are not on the horizon and the best they can do is continue to jerry-rig the existing plants and import whatever fuel they can.

“The power plants have consumed more of the small amount of fuel that we have,” Cuban President Miguel Diaz-Canel said in a televised address in June, “fundamentally diesel which costs us a lot of work to get and means that our generation of energy is affected, as are important economic activities.”

Amid the energy cuts, Cubans complain that public transportation is increasingly scarce and the government fumigators have not had the necessary fuel to spray widely against the mosquitoes that carry dengue.

They dared to protest last July. Now these Cubans are facing years in jail

Drivers who use diesel for their cars and trucks now wait for days at state-run stations to fill up.

At one station in Havana, a long line of cars and trucks stood at the ready for the next shipment of diesel.

People played dominoes or slept in their cars to pass the time. Drivers at the front of the line said they had waited for more than eight days to fill up. They said they had devised a system using the WhatsApp messaging app to virtually organize a line, but that Cuban police had told them they needed to be there in person.

“We can’t go,” said Iván as he waited to fill up his beat up 1958 Buick. “If you leave, someone else takes your spot and you have to go back to the beginning and start all over again.”