April 19 (UPI) — Not all of the migrants hoping to claim asylum in the United States are fleeing Central America’s violence-torn “Northern Triangle” of Guatemala, Honduras and El Salvador, contrary to popular perception.

Of the 71,021 asylum seekers waiting in Mexico for their applications to be processed in the United States as of late February, 16% were Cuban, according to federal immigration data.

That makes Cubans the third-largest group of migrants, just ahead of Salvadorans and after Guatemalans and Hondurans.

The Cubans at America’s doorstep are mostly economic refugees. But since Cubans no longer have preferential status over other immigrants — as they did until former President Barack Obama stopped automatically admitting Cubans who made it to the United States — claiming asylum is now virtually their only hope of winning entry.

Cubans who can afford it fly to South America or hire smugglers to take them to Mexico in “fast boats” before trekking north to the U.S. border. Those who can’t afford to pay smugglers try to cross the Florida Straits on rafts or small boats called “balsas” — a dangerous 90-mile ocean passage.

So far this year, the U.S. Coast Guard has picked up 180 Cuban “balseros” at sea trying to reach the United States. The number is modest — but it’s already more than three times the Coast Guard rescues of Cubans made last year. Cubans intercepted at sea are returned to Cuba under the terms of a 1995 migration agreement.

The current uptick recalls the gradual increase in rafters rescued at sea in the spring of 1994, numbers that rose exponentially that summer, culminating in the “balsero” migration crisis.

Triggered by the collapse of the Soviet Union — communist Cuba’s main international partner at the time — the 1994 exodus saw 35,000 Cubans arrive in the United States in two months.

These migration waves came when the Cuban economy was in crisis and standards of living were falling. All three occurred when Cubans had few avenues for legal migration. With legal routes foreclosed, pressure to leave built over time as the economy deteriorated, finally exploding in a mass exodus of desperate people.

After studying U.S.-Cuban relations for four decades, I believe the conditions that led to these migration crises are building once again.

Hit by the dual shocks of renewed U.S. economic sanctions during the Trump administration and the COVID-19 pandemic, the Cuban economy shrank 11% in 2020.

Former President Donald Trump cut off two major sources of Cuba’s foreign exchange revenue: people-to-people educational travel from the United States, worth roughly $500 million annually, according to my analysis of data from the Cuban National Office of Statistics, and $3.5 billion annually in cash remittances.

The pandemic hammered Cuba’s tourist industry, which suffered a 75% decline — a loss of roughly $2.5 billion.

These external shocks hit an economy weakened by the decline in cheap oil from crisis-stricken Venezuela due to falling production there, forcing Cuba to spend more of its scarce foreign exchange currency on fuel. Since Cuba imports most of its food, the island nation has experienced a food crisis.

The result is the worst economic downturn since the 1990s.

The 1994 Cuban migration crisis ended when former President Bill Clinton signed an accord with Cuba providing for safe and legal migration. The United States committed to providing at least 20,000 immigrant visas to Cubans annually to avoid future crises by creating a release valve.

He downsized the U.S. Embassy in Havana in 2017, allegedly in response to injuries to U.S. personnel serving there. And he suspended the Cuban Family Reunification Parole Program, which provided upwards of 20,000 immigrant visas annually to Cubans with close relatives in the United States.

These measures drastically reduced the number of immigrant visas given, closing the safety valve Clinton negotiated in 1994. In 2020, just over 3,000 Cubans immigrants were admitted to the United States.

Today, some 100,000 Cubans who have applied for the reunification program are still waiting in limbo for the program to resume.

The migration crisis brewing in Cuba has been largely overlooked while the Biden administration focuses on managing the rush of Central American asylum seekers and caring for unaccompanied minors at the U.S.-Mexico border.

White House Press Secretary Jen Psaki recently said that Cuba policy is under review, but that it’s “not a top priority.”

U.S. officials could head off the migration crisis brewing in Cuba by making the changes to U.S.-Cuba relations Biden promised during his 2020 presidential campaign.

Restaffing the U.S. Embassy in Havana would make it possible to resume compliance with Clinton’s 1994 migration agreement to grant at least 20,000 immigrant visas annually. That would give Cubans a safe and legal way to come to the United States and discourage them from risking their lives on the open seas or with human traffickers.

Lifting Trump’s economic sanctions would curtail the need to emigrate by reducing Cuba’s economic hardship, in part by enabling Cuban Americans to send money directly to their families there.

And reversing Trump’s restrictions on travel to the island would help revitalize the private Cuban restaurants and bed-and-breakfasts that rely on U.S. visitors.

All these measures would put money directly into the hands of the Cuban people, giving them hope for a better future in Cuba.

William M. LeoGrande is a professor of government at the American University School of Public Affairs.

This article is republished from The Conversation under a Creative Commons license. Read the original article. 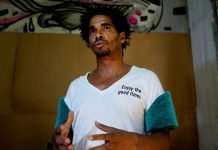 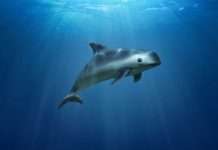