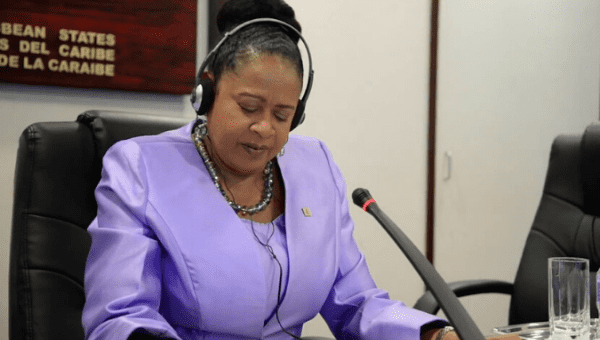 More than 33 countries, territories, and regional organizations participated in what was called the First Extraordinary Meeting of Health and Foreign Ministers of the ACS to address the danger that COVID-19 represents mainly for the Caribbean.

The Health and Foreign Ministers of the Association of Caribbean States (ACS) held Tuesday the first extraordinary meeting of the regional bloc on COVID-19, during which the delegations proposed joint actions to confront the pandemic.

The ACS countries, territories, and regional organizations participated in what was called the First Extraordinary Meeting of Health and Foreign Ministers of the ACS, which has been developed under the videoconference method.

The meeting has allowed discussing the elements of an ACS strategy to confront the virus in the Caribbean, including the identification of key external partners and resource mobilization strategies.

ACS Secretary General June Soomer claimed that a regional response to COVID-19 must include strategies for testing, care, communication, supply coordination, food security, immigration and customs, education, mapping, remote working systems, and the psychological impact of the virus and quarantine.

For his part, the Cuban Foreign Minister Bruno Rodriguez said that reality requires putting the will to act and solidarity before inaction and selfishness.

“Humanity demands an effective solution. Together we can achieve it,” he added.

“We are here because we are facing a crisis that is beyond all of us and the consequences of which will be serious and lasting,” said the Cuban foreign minister, referring to the economic and social impact that the Cariban countries will face once the pandemic has been overcome.

In this framework, the Venezuelan Foreign Minister, Jorge Arreaza, called for maximum coordination throughout the region to be able to face this pandemic that “threatens all our peoples jointly.”

Arreaza also stressed the importance of external alliances, stating that Venezuela, despite the illegal U.S. sanctions, has managed to maintain essential partnerships with the United Nations system, especially with the World Health Organization (WHO) and the Pan American Health Organization (PAHO) and allied countries such as China, Russia, and Cuba.

Meanwhile, Prime Minister of the Commonwealth of Dominica, Roosevelt Skerrit, through his Facebook account on Tuesday, thanked Cuba for medical assistance in the face of the new coronavirus pandemic.

Brigades of doctors and Health workers from Cuba have been traveling to several countries such as Jamaica, Grenada, Suriname, Venezuela, Nicaragua, including Italy, to support the fight against COVID-19, which has already left at least 14,600 dead and infected in 190 countries in the world.

According to recent figures, there are around 700 confirmed cases and 11 deaths in the region.