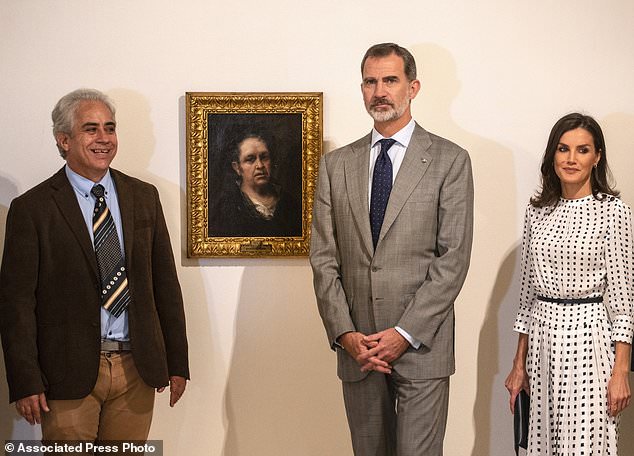 Spain’s King Felipe and Queen Letizia pose for photos standing next to a self-portrait of Spanish painter Francisco de Goya, accompanied by the museum director Jorge Fernandez, at the Bellas Artes Museum .

HAVANA (AP) – Spanish King Felipe VI has called for political diversity and freedom of expression during an official visit to Cuba.

The king, who was ending his trip on Thursday, said he hopes Cuba turns to a multi-party political model that guarantees media rights.

At a Wednesday dinner with Cuban President Miguel Díaz-Canel, Felipe said Cubans will have to choose their future and that change cannot be imposed from outside.

Felipe and Queen Letizia arrived in Cuba this week. The trip sparked some criticism in Spain from conservatives who say Spain should take a harder line on Cuba, a single-party communist state that cracks down harshly on dissent.

The royal couple arrived the week that Havana celebrates the 500th anniversary of its founding. The actual anniversary falls on Saturday.