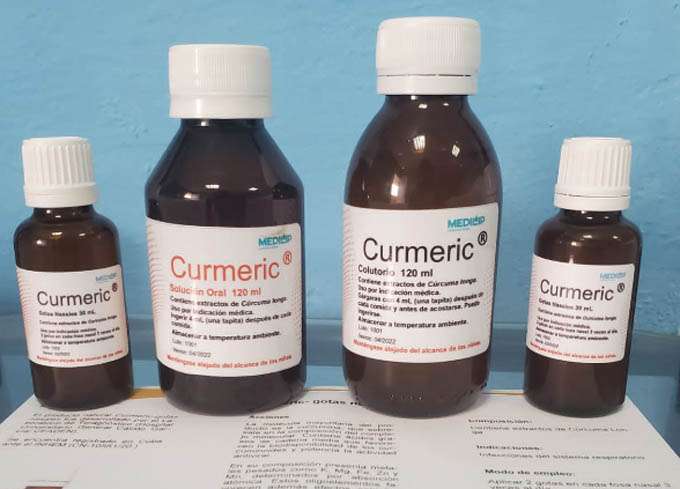 Cuban scientists confirmed the efficacy of the natural product Curmeric in the prevention of COVID-19 after a study in several municipalities in the province of Granma.

The research was disclosed in a provincial workshop in which experiences from the territories of Cauto Cristo, Manzanillo, Niquero, Yara and Bayamo were socialized and confirmed that “Curmeric is a safe formulation based on turmeric longa, whose early use favors the resolution, in a shorter time, of the symptoms associated with the virus,” according to the official newspaper Granma.

Doctor of Science Tania Valdés González, head of the project and director of the Theragnostic Laboratory of the General Calixto García University Hospital and the Center for Technological Applications and Nuclear Development (CEADEN), said that Granma and Ciego de Ávila “have the responsibility to provide the necessary data to be able to later guarantee the application of Curmeric throughout Cuba.”

In the development of Cumeric, three types of presentations were created for the medicine. It is a formulation in nasal drops, mouthwash/gargle and in oral solution. The specialists indicated that all had a positive effect on the effects of the disease.

Valdés González assured that the medicine is expected to be used soon in the rehabilitation process of COVID-19 patients in Havana, as well as its incorporation into the list of medicines on the island.

For his part, Dr. Raudel de los Ríos Ortiz, head of the provincial group and coordinator-researcher of the COVID-19 immunization process in the province, explained that “patients between 50 and 59 were detected as the most vulnerable age segment, and that in 87% of people with acute respiratory infections, the symptoms disappeared after 15 days of treatment.”