The Igua dam, on the Verruga river near the city of Vitoria da Conquista in southern Bahia, collapsed on Saturday night, forcing authorities to evacuate residents, mainly in the town of Itambe.

A second dam gave way to rising water levels in Jussiape, 100 kilometers to the north, on Sunday morning, bringing more alerts for residents to move to safer ground.

There were no reports of deaths or injuries caused by the dam failures, though bridges and roads were damaged.

Further towards the coast in Itabuna, a city of 200,000 inhabitants, fire brigade teams rescued residents trapped in their homes in the downtown area that was under water, Reuters reporters said.

Rescuers rowed dinghies along flooded streets to reach trapped families or take them supplies. One man paddled on an inflatable mattress to reach a home. 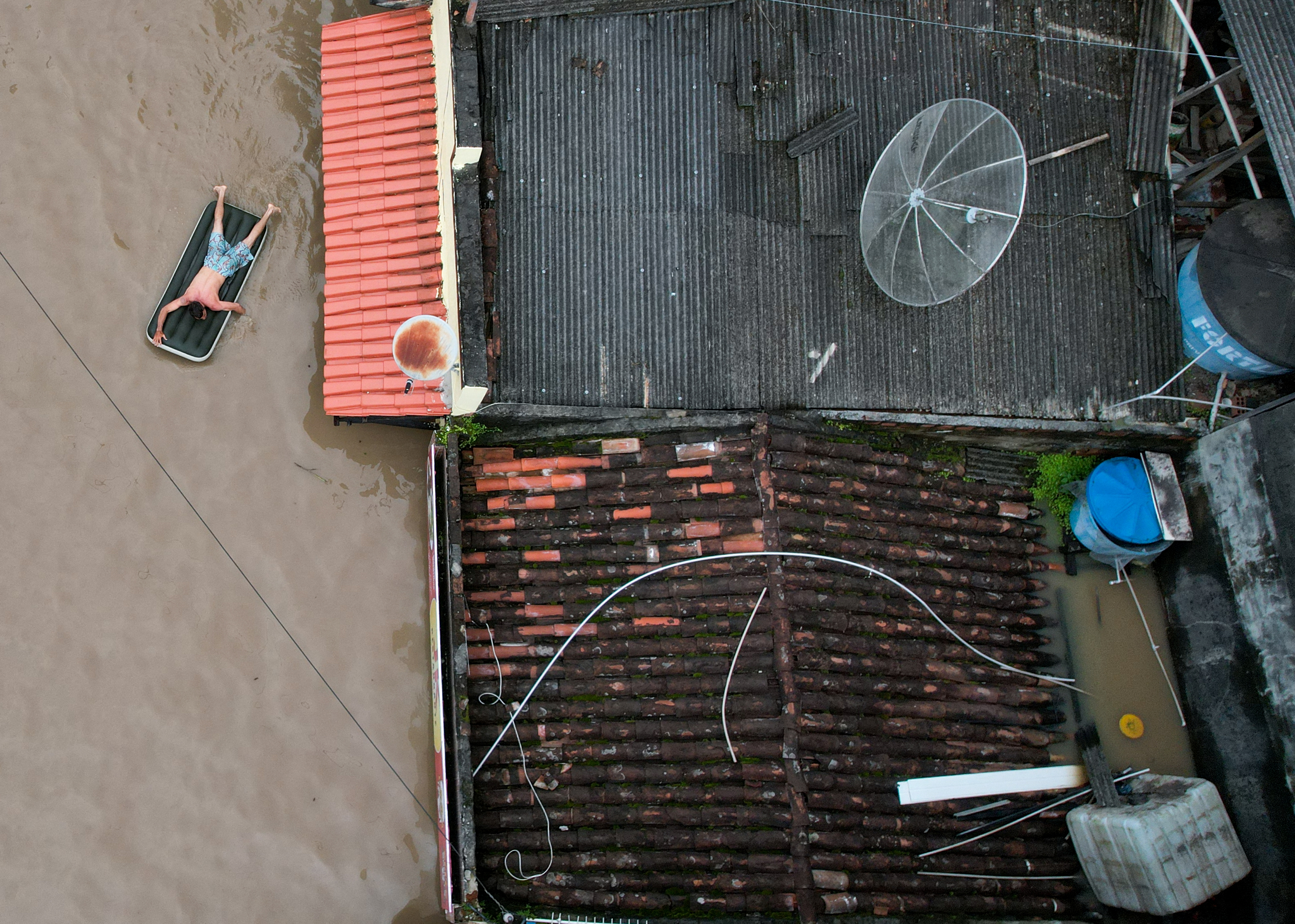 Residents said the level of the Cachoeira river that runs through the town located 30 kms from the coastal port city of Ilheus was the highest in 50 years.

In Vitoria da Conquista, Mayor Sheila Lemos, said all residents close to the collapsed Igua dam had been evacuated.

In a posting on the city’s website, Lemos said the flooding threatened to cut off the BR-116 highway, a major truck route between northeastern and southern Brazil.

Bahia Governor Rui Castro said at least 400,000 people have been impacted by the heavy rains and thousands evacuated from some 67 towns facing emergency situationsdue to floods caused by heavy rainfall for almost two months.

“Thousands of people have had to leave their homes because the water rose one or two meters, even three meters in some places,” he told reporters on Saturday.

The rains have caused 18 deaths in Bahia since the beginning of November, including a 60-year-old ferry owner who drowned on the swollen Rio das Contas river, civil defense officials said.

In the state capital of Salvador, weather officials said December rainfall has been six times greater than the average.