RIO DE JANEIRO, May 29 (Reuters) – Over 100 people are missing or confirmed dead in Brazil, the government said on Sunday, as mudslides and major floods brought about by heavy rains tore through several urban neighborhoods in the northeastern part of the country.

It was the fourth major flooding event in five months, underlining a lack of urban planning in low-income neighborhoods throughout much of Brazil, where shantytowns are often built on hillsides prone to collapse. The destruction also comes as scientists begin to question whether abnormal rain cycles in Latin America’s largest nation could be a result of climate change.

As of Sunday afternoon, 56 people had died in the northeastern state of Pernambuco and one died in the neighboring state of Alagoas, according to a message posted on Twitter by the Federal Civil Defense service, which is in charge of emergency management. Another 56 people in Pernambuco were missing. 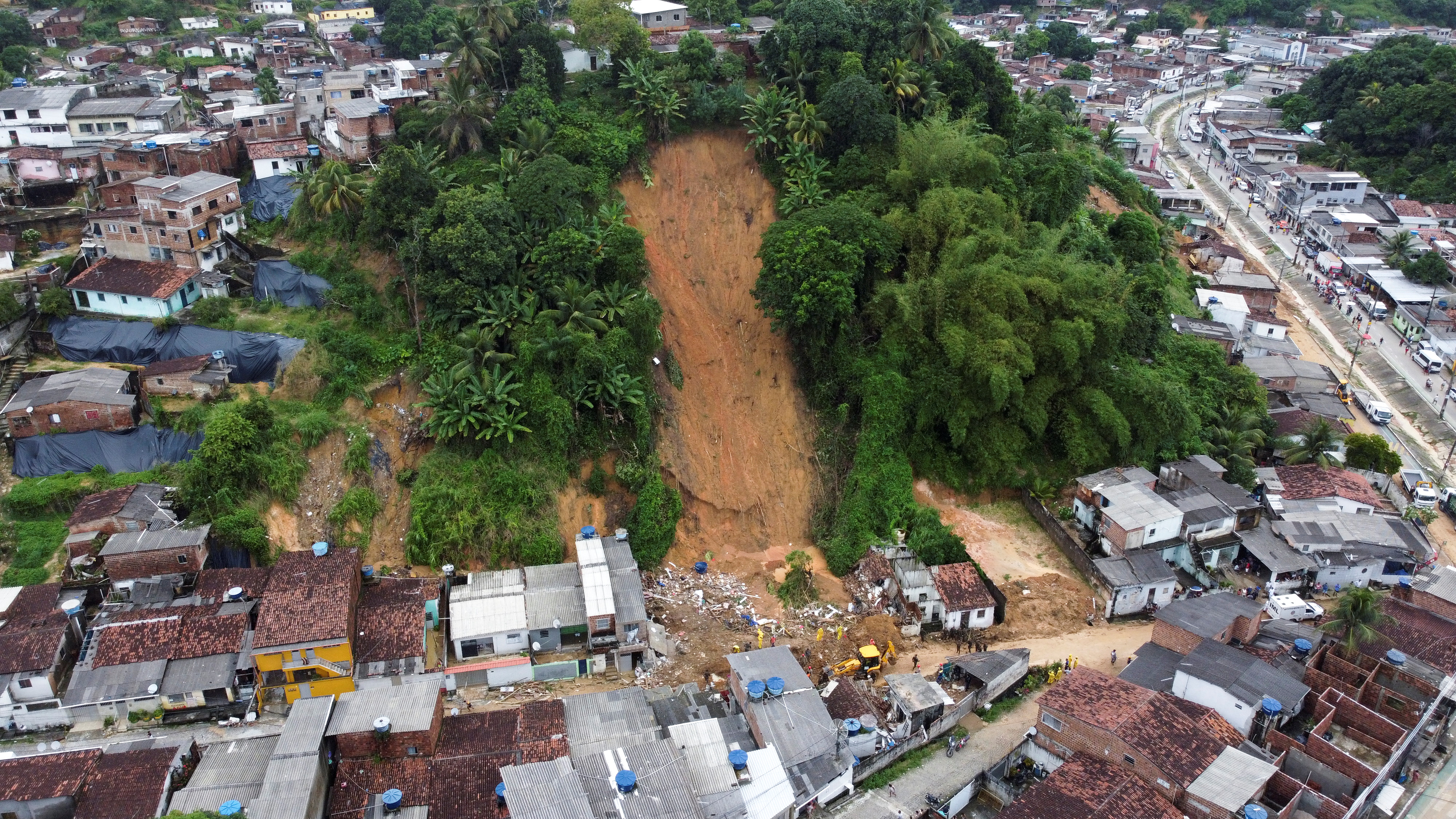 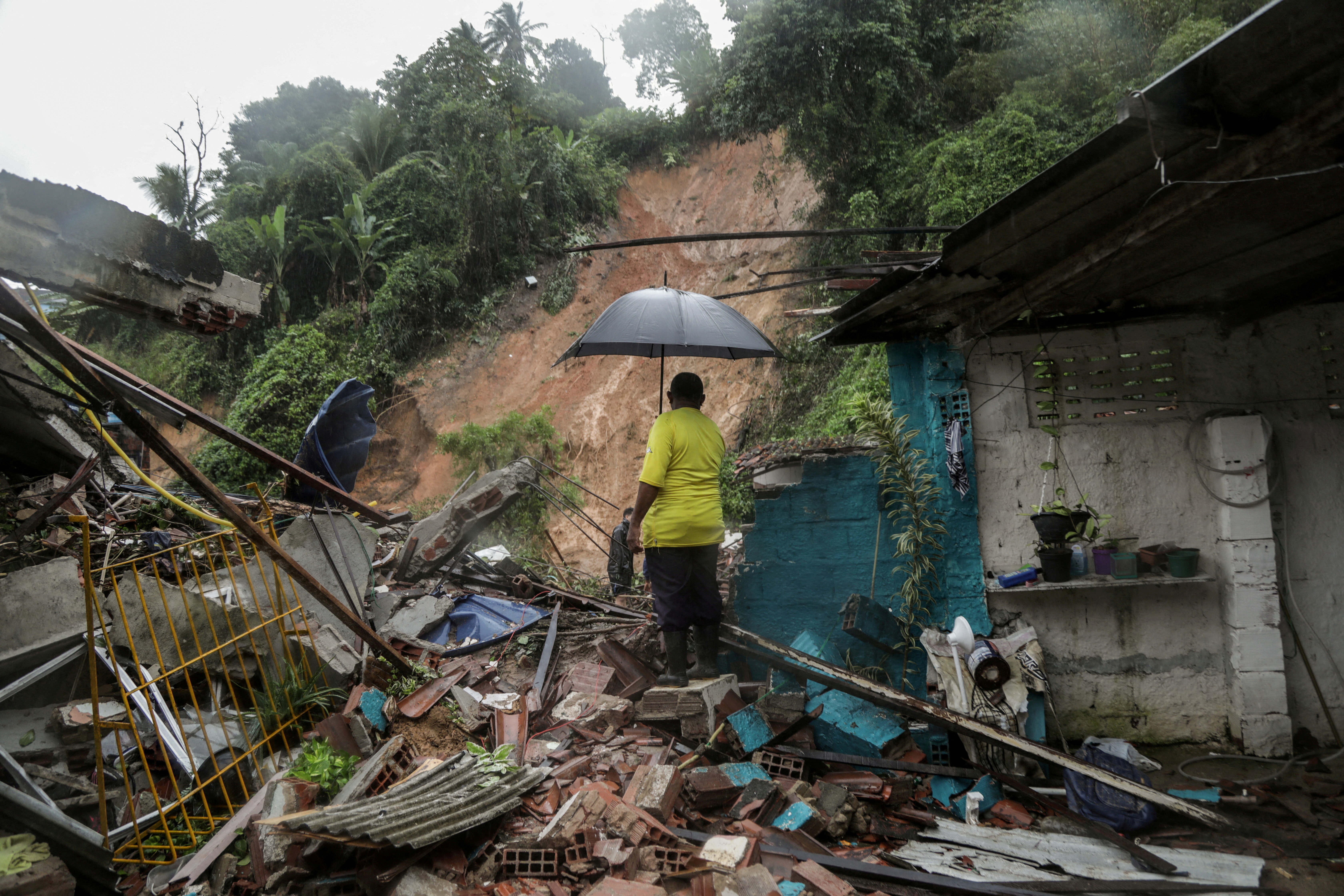 A man stands on the wreckage of a house collapsed during a landslide caused by heavy rains at Jardim Monte Verde, in Ibura neighbourhood, in Recife, Brazil, May 28, 2022. Diego Nigro/Prefeitura do Recife/Handout via REUTERS

Between those two states, over 6,000 people had arrived at government-designated aid points and more than 7,000 were staying with friends or relatives, the Federal Civil Defense service said.

In a Twitter post, Brazilian President Jair Bolsonaro said he would arrive in Recife, the hard-hit capital of Pernambuco, on Monday morning.

“Our government made available, since the beginning, all means, including the armed forces, to help those who have been affected,” he wrote.

In late December and early January, dozens were killed and tens of thousands displaced when rains hammered Bahia state, also located in northeastern Brazil. At least 18 died in flooding in the southeastern state of Sao Paulo later in January. In February, torrential downpours in Rio de Janeiro state killed over 230. read more