Rain-fed farming and crop-destroying monkeys are the most persistent problems in agriculture said Lionel Stevens, president of the Sandy Point Agricultural Cooperative and chairman of the World Food Day Committee. Coming off the recently held annual World Food Day Fair organized by the Sandy Point Cooperative, Stevens told the Observer that ‘the lack of adequate water supply on the farms is hindering year-round farming and is holding back progress in farming”. “Help has been provided through open catchments and dams that are being built, but during the dry season, evaporation reduces water quantities,”Stevens explained, suggesting that enclosed water storage systems would improve the situation. He attributes the seasonal nature of available produce and related gluts to the practice of rain-fed agriculture. Acting Director of Agriculture Ian Chapman has confirmed that discussion is taking place with Water Services Department in an effort to get water supply lines to some farms. He indicated, however, that in some areas this would not be possible when reservoirs cannot meet the demand of communities plus farms. He said that dams have been constructed in areas such as Cayon, Phillip’s, Mansion and Estridge, some with capacities up to one million gallons of water available for farming purposes. Chapman admits, however, that there is a long way to go, since between 80 – 90 percent of farming would continue to be rain-fed operations. The Cooperative president also indicated that crop damage caused by monkeys is extensive. “They can destroy a whole crop, and we are trying to combat them with dogs,”he said. While he suggested that electric fencing might be a useful deterrent against monkeys, he explains that having electricity on farms have other beneficial applications. “We are thinking about using solar energy to power electric fencing, to power equipment and machinery and to make construction of storage easier. We have been discussing this and would be approaching a solar [equipment] maker to find out how they could help us with the technology.”It is not all ‘uphill challenges’ for the Cooperative farmers, however, as many remain optimistic about the industry. “We are also getting into the greenhouse technology. We have one built already and would be getting a second, with the assistance coming from the Agricultural Resource Management Pool,”Stevens informed. He also envisions the establishment of a marketing entity that would take farm produce and facilitate bulk purchase arrangements with supermarkets, in addition to an agro-processing operation that would result in new jobs and income streams. Stevens said the Sandy Point Agricultural Cooperative remains committed to the goal of food security of the Federation, even with agricultural statistics showing that in 2013, the Federation imported over $1.8 million in primary food products. 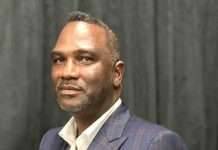 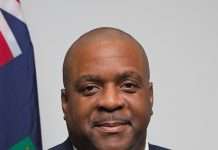