GLASGOW, Nov 1 (Reuters) – A crucial U.N. conference heard calls on its first day for the world’s major economies to keep their promises of financial help to address the climate crisis, while big polluters India and Brazil made new commitments to cut emissions.

World leaders, environmental experts and activists all pleaded for decisive action to halt the global warming which threatens the future of the planet at the start of the two-week COP26 summit in the Scottish city of Glasgow on Monday.

The task facing negotiators was made even more daunting by the failure of the Group of 20 major industrial nations to agree ambitious new commitments at the weekend.

The G20 is responsible for around 80% of global greenhouse gases and a similar proportion of carbon dioxide, the gas produced by burning fossil fuels that is the main cause of the rise in global temperatures which are triggering an increasing intensity of heatwaves, droughts, floods and storms.

“The animals are disappearing, the rivers are dying and our plants don’t flower like they did before. The Earth is speaking. She tells us that we have no more time,” Txai Surui, a 24-year-old indigenous youth leader from the Amazon rain forest, told the opening ceremony in Glasgow.

Delayed by a year because of the COVID-19 pandemic, COP26 aims to keep alive a target of capping global warming at 1.5 degrees Celsius (2.7 Fahrenheit) above pre-industrial levels.

To do that, it needs to secure more ambitious pledges to reduce emissions, lock in billions in climate financing for developing countries, and finish the rules for implementing the 2015 Paris Agreement, which was signed by nearly 200 countries.

The pledges made so far would allow the planet’s average surface temperature to rise 2.7C this century, which the United Nations says would supercharge the destruction that climate change is already causing.

More than 100 global leaders late on Monday pledged to halt and reverse deforestation and land degradation by the end of the decade, underpinned by $19 billion in public and private funds to invest in protecting and restoring forests. read more

U.N. Secretary-General Antonio Guterres reminded delegates that the six hottest years on record have occurred since 2015.

Other speakers, including activists from the poorer countries hardest hit by climate change, had a defiant message.

“Pacific youth have rallied behind the cry ‘We are not drowning, we are fighting’,” said Brianna Fruean from the Polynesian island state of Samoa, which is at risk from rising sea levels. “This is our warrior cry to the world.”

In 2009, the developed countries most responsible for global warming pledged to provide $100 billion per year by 2020 to help developing nations deal with its consequences.

The commitment has still not been met, generating mistrust and a reluctance among some developing nations to accelerate their emissions reductions.

Leaders of countries such as Kenya, Bangladesh, Barbados and Malawi called rich nations to task for failing to deliver.

“Neither Africa in general, nor Malawi in particular, will take ‘no’ for an answer. Not any more.”

President Xi Jinping of China, by far the biggest emitter of greenhouse gases, said in a written statement that developed countries should not only do more but also support developing countries to do better. 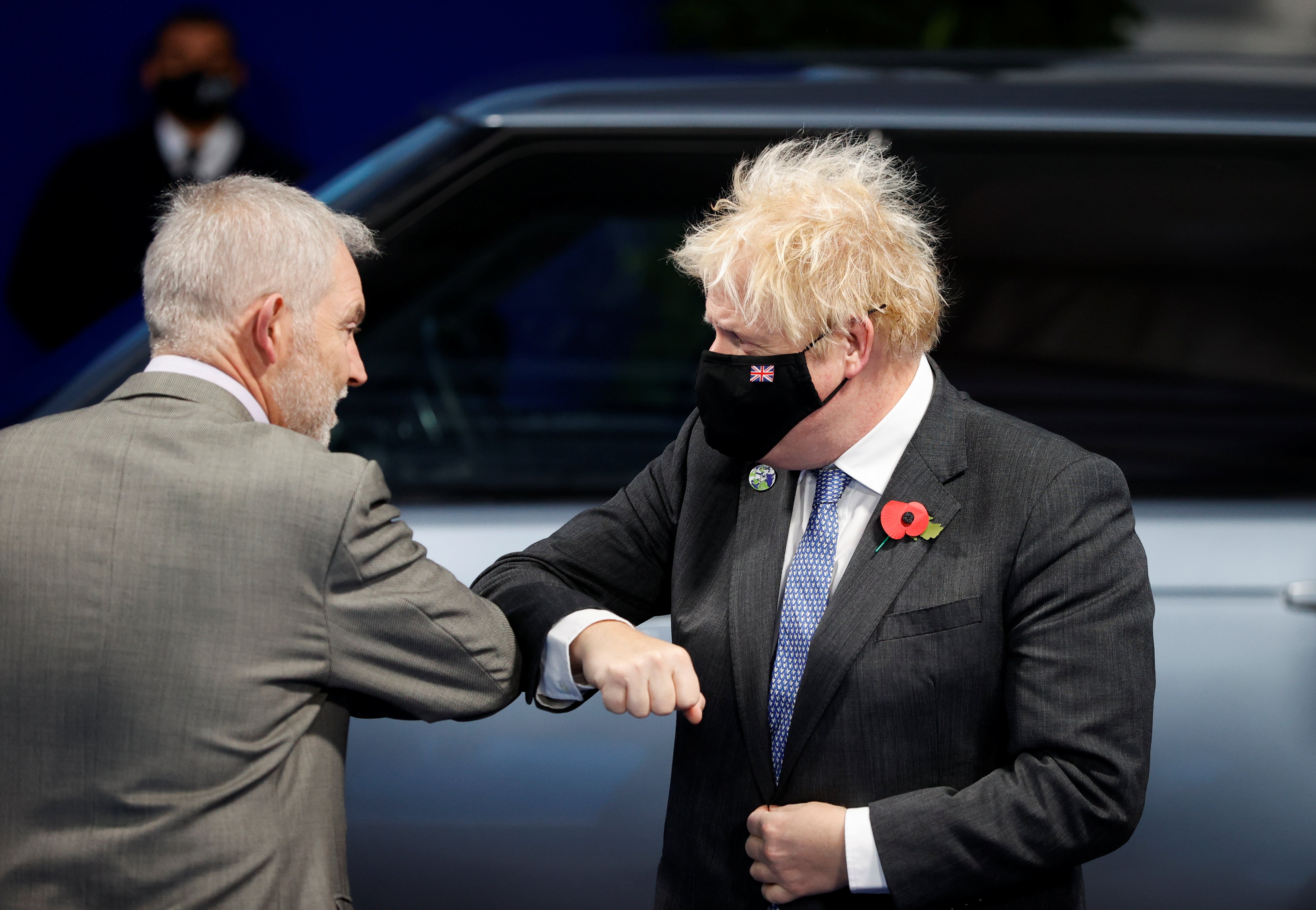 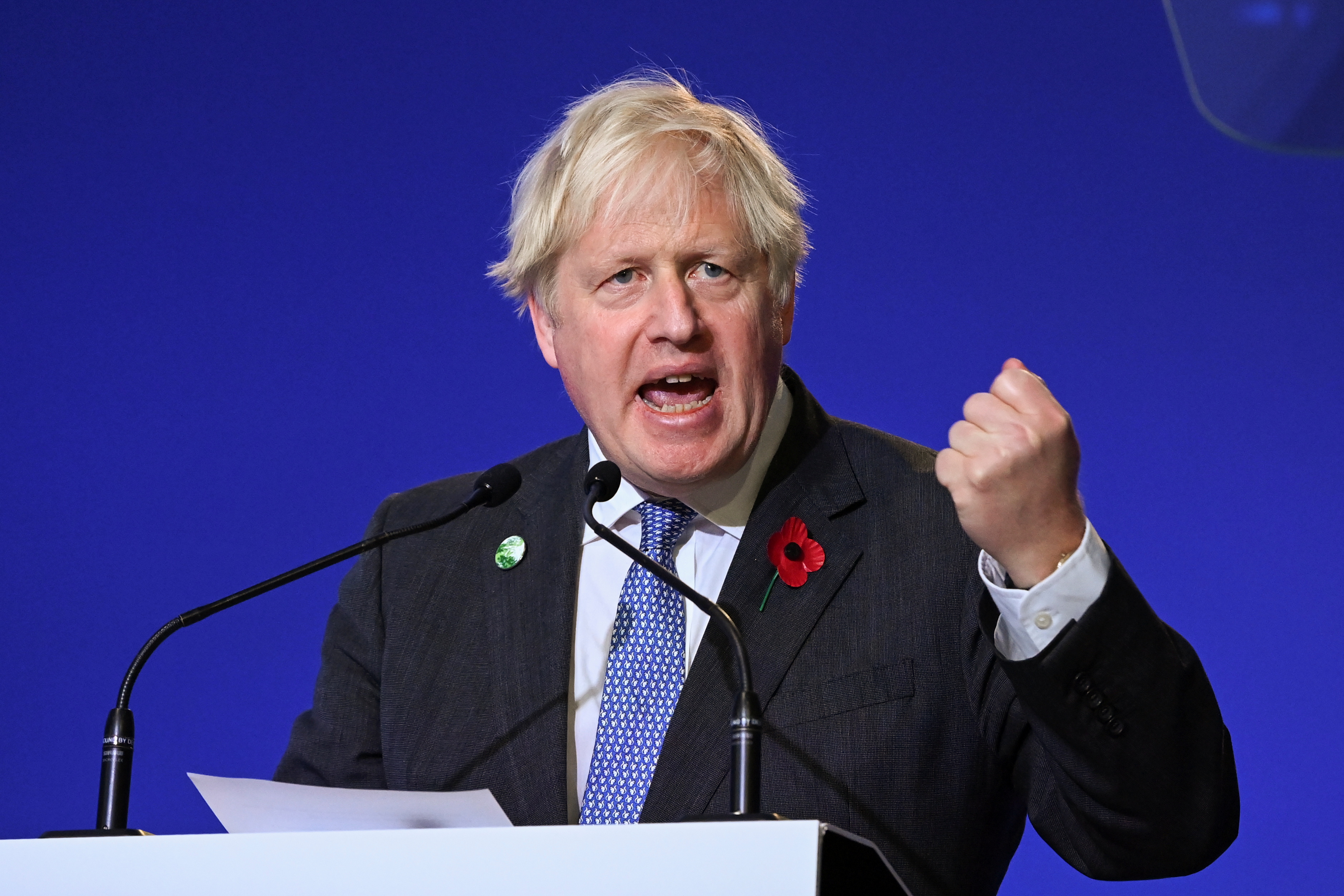 Xi’s absence, along with that of Russia’s Vladimir Putin, president of one of the world’s top three oil producers together with the United States and Saudi Arabia, may hinder progress.

Activist Greta Thunberg appealed to her millions of supporters to sign an open letter accusing leaders of betrayal.

“This is not a drill. It’s code red for the Earth,” it read.

“Millions will suffer as our planet is devastated — a terrifying future that will be created, or avoided, by the decisions you make. You have the power to decide.”

Meanwhile, India and Brazil, two of the largest polluters, both used the platform to provide new emission cutting pledges.

“We will act responsibly and search for real solutions for an urgent transition,” Brazilian President Jair Bolsonaro, who has presided over more than two years of deforestation, said.

Brazil said it would cut its greenhouse gas emissions by 50% by 2030, compared with a previous pledge of 43% in that period.

However, the cuts are calculated against emissions levels in 2005, a baseline which was retroactively revised last year, making it easier for Brazil’s targets to be met.

Prime Minister Narendra Modi set 2070 as a target for India to reach net-zero carbon emissions, much later than those set by other polluters and twenty years beyond the U.N.’s global recommendation. read more

The G20 failed to commit to the 2050 target to halt net carbon emissions, undermining one of COP26’s main aims, at a weekend meeting in Rome.

Instead, they only recognised “the key relevance” of doing so “by or around mid-century”, and set no timetable for phasing out domestic coal power, a major cause of carbon emissions.

The commitment to phase out fossil fuel subsidies “over the medium term” echoed wording they used as long ago as 2009.

Discord among some of the world’s biggest emitters about how to cut back on coal, oil and gas will make progress difficult in Glasgow, as will the rich world’s failure to stick to promises.

“Can there be peace and prosperity if one-third of the world lives in prosperity and two-thirds lives under seas and face calamitous threats to our wellbeing?” she said.

Developed nations confirmed last week they would be three years late in meeting the $100 billion climate finance pledge – which many poor countries and activists say is insufficient anyway. read more

Biden announced in September that the U.S. would double its climate finance to $11.4 billion per year, but several climate thinktanks and activists say this still falls far short of what its contribution should be. read more

World leaders wrapped up the first day of COP26 at a reception hosted by Prince Charles and other members of the British royal family. Queen Elizabeth, who has been advised by her doctors to rest, sent a video message.