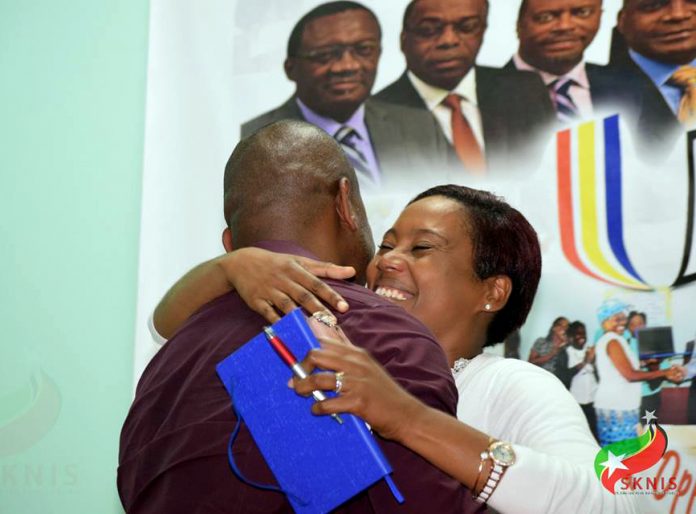 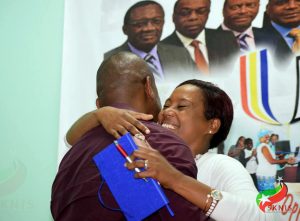 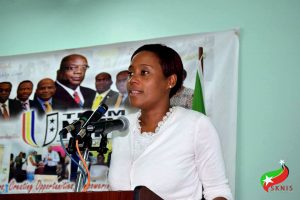 BASSETERRE, St. Kitts – Deputy Prime Minister the Honourable Shawn Richards said he has witnessed firsthand the love and compassion the Honourable Sen. Akilah Byron-Nisbett has for the residents of Constituency Three.

Speaking at the Team Unity government’s People’s Forum town hall meeting at the St. Johnston Community Centre on Tuesday March 13, Deputy Prime Minister Richards said Sen. Byron has, on several occasions, reached out to him as minister responsible for education, sports, youth and culture to have matters concerning the welfare of the residents of West Basseterre addressed.

“When I get questions about West Basseterre, I get them from Senator Byron,” Minister Richards said, while adding “you, the people of West Basseterre, you must make a decision next time to elect someone who genuinely cares about you.”

Richards’ views on the character of Sen. Byron-Nisbett were shared by other members of the audience, including Elvis “Jam Down” Manners. “I think the young ladies in this country and this constituency should really try to work with such a woman as an elected minister in this country,” he said to loud cheers from members of the audience. “I have been following for a long time in the mock Parliament and she has a lot of qualities and I am asking women in this constituency, and young people, to give her a chance; let us see what this young lady has to offer.”

Manners, who said that he was victimized under the Denzil Douglas administration, said the electorate is “looking for people like Akilah to take us to the [next] level” when seasoned politicians such as Prime Minister the Hon. Timothy Harris and the Hon. Shawn Richards are ready to pass the baton.

According to Minister Richards, the St. Kitts-Nevis Labour Party MP for Constituency Three “has proved that he is unprepared and unfit to properly represent the interests of the people of his constituency,” pointing to the separate occasions where Maynard was suspended from the National Assembly for “his dishonourable, disrespectful and antagonistic approach to the speaker of the House, the Hon. A. Michael Perkins.

“You need a representative, who, regardless of the circumstances, will stay in Parliament and represent you,” Richards said.