In whatever company He found Himself, He presented a lesson that was appropriate to the time and the circumstances. He sought to inspire with hope the most rough and unpromising, setting before them the assurance that they might become blameless and harmless, attaining such a character as would make them manifest as the children of God. Often He met those who had drifted under Satan’s control, and who had no power to break from his snare. To such a one, discouraged, sick, tempted, and fallen, Jesus would speak words of tenderest pity, words that were needed and could be understood.

Others He met who were fighting a hand-to-hand battle with the adversary of souls. These He encouraged to persevere, assuring them that they would win; for angels of God were on their side, and would give them the victory. Those whom He thus helped were convinced that here was One in whom they could trust with perfect confidence. He would not betray the secrets they poured into His sympathizing ear.

Jesus was the healer of the body as well as of the soul. He was interested in every phase of suffering that came under His notice, and to every sufferer He brought relief, His kind words having a soothing balm. None could say that He had worked a miracle; but virtue–the healing power of love–went out from Him to the sick and distressed. Thus in an unobtrusive way He worked for the people from His very childhood. And this was why, after His public ministry began, so many heard Him gladly.

Yet through childhood, youth, and manhood, Jesus walked alone. In His purity and His faithfulness, He trod the wine press alone, and of the people there was none with Him. He carried the awful weight of responsibility for the salvation of men. He knew that unless there was a decided change in the principles and purposes of the human race, all would be lost. This was the burden of His soul, and none could appreciate the weight that rested upon Him. Filled with intense purpose, He carried out the design of His life that He Himself should be the light of men. 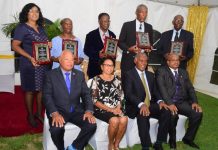