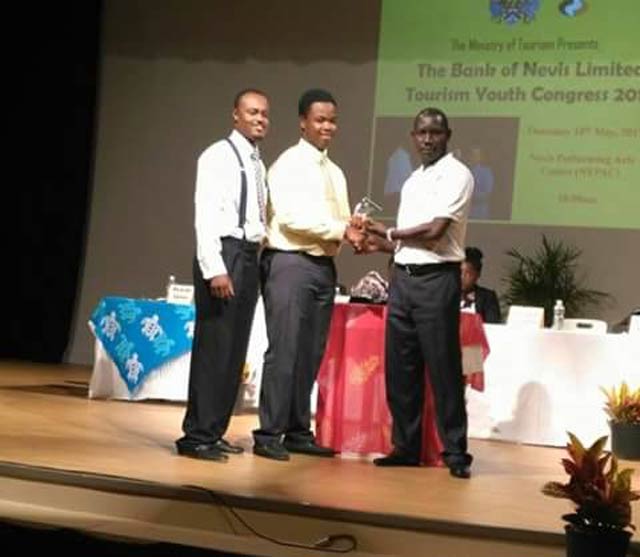 Devonne Cornelius of the Gingerland Secondary School has been named the new junior tourism minister in Nevis and will  represent Nevis in Grenada for the Regional Tourism Youth Congress in October.

The two-segment competition had all presenters offer three minutes on one of three topics. In the second segment, the presenters were asked to pick one of three mystery topics out of a box.

At the end of the competition, Devonne Cornelius was named tourism youth minister, with a score of  530; Dahlia Slack was named first runner-up, with 523; and second runner-up was BreandraLiburd, with 491.

The Observer spoke with DorsonOttley, the event coordinator and senior tourism education officer, who said the competition was at a very high level and was very well done. He noted that some improvements, however is needed.

“Compared to last year, I would say the mystery topics were very well done,” he said. “They weren’t abrupt. They were well-thought out. Even though I thought they could have done more research [and] read widely. We see that in the past that our young people are not reading as widely or as thoroughly as they should; they are more focused on social media, but they need to read about world topics. We don’t just want them to do the competition for competition’s sake. We want to expose them to relate to the topic or to relate to tourism related matters.”

The platinum sponsor for the event was the Bank of Nevis Ltd., which has sponsored for the past five years.