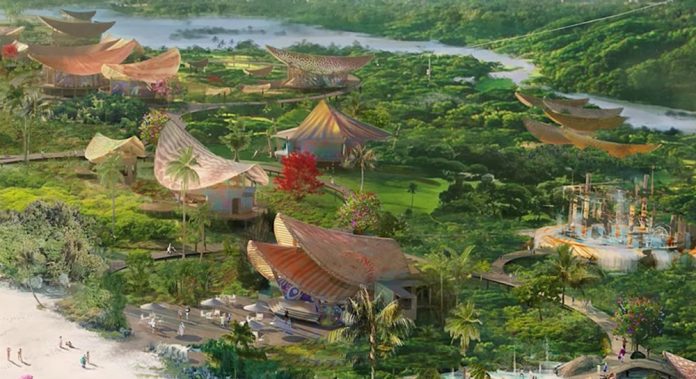 Lighthouse Point is expected to open in 2022 or 20

If you’ve ever wanted to vacation on a Caribbean island with Mickey Mouse and friends, you could soon be in luck: Disney Cruise Line is opening another resort on a private island in the Bahamas in just a few years.

Construction is set to begin this year on Lighthouse Point, with the 751-acre resort on the island of Eleuthera expected to open in late 2022 or early 2023. According to the Orlando Sentinel, the total cost of opening the resort including the purchase of the land and construction could fall between $250 million to $400 million.

Renderings of what the finished resort is expected to look like show that it will have bungalow-style suites, restaurants and entertainment venues, plenty of greenery, and lots white sand beaches to play or relax on. A long pier will allow Disney cruise ships to dock, and there will also be an “adventure camp” with trails for visitors to explore.

According to the project’s website, the resort is inspired by the natural environment, and will celebrate the spirit and culture of the Bahamas. There will also be an emphasis on hiring local Bahamian employees to work at the resort.

One of the key people behind the design of the resort is Disney Imagineer Joe Rohde. He previously helped design the Animal Kingdom park at Disney World and a Disney resort in Hawaii called Aulani, and said in a press release that local artisans would play a large role in the resort’s design, too.

“The Bahamas offers a fascinating multicultural tradition of food, music, dance, and storytelling,” he said.

“Eleuthera, in particular, is home to many artists, and we will be working with painters, sculptors, writers, storytellers, musicians, weavers, and artists of every kind, much like we did with Aulani in Hawaii, to create a completely unique experience that is rooted in Bahamian culture and imbued with Disney magic.”

Disney has also said it will only develop about 20% of the property, while also donating more than 190 acres of the land to the Bahamian government so it could be used by the people of the Bahamas.

When completed, Lighthouse Point will be Disney’s second island resort. The first, Castaway Cay, opened in 1998, and according to the Daily Mail, it has also been a filming location for the “Pirates of the Caribbean” movies.