New Delhi: India’s multi-agency team that had gone to Dominica to bring back Mehul Choksi is headed back home on a Qatar Airways private jet after the island nation’s high court adjourned the hearing on the fugitive diamantaire’s habeas corpus petition, sources said.

Publicly available flight data showed that the jet took off from the Melville Hall Airport in Dominica at 8.09 PM (local time) on 3 June and is travelling towards Madrid. The multi-agency team of officials is also returning, the sources said.

The team led by CBI DIG Sharda Raut was stationed in Dominica for nearly seven days to bring back Choksi, who is wanted in the Rs 13,500-crore Punjab National Bank (PNB) scam, to India.

It is likely that the next hearing may take place after a month and the businessman will remain in Dominica, local media reported. Judge Bernie Stephenson will decide the next date of hearing after meeting both sides, media outlet Antigua News Room said.

The adjournment is to allow lawyers of Choksi and the Dominica government “to agree on the language to be used with respect to the injunction filed to prevent his removal from Dominica”, it said.

Thursday’s hearing was conducted through videoconferencing with a group of protesters standing outside the High Court building in Roseau carrying placards with messages seeking to know the truth about the controversy.

“Who brought Choksi to Dominica?” read one of the placards, the photo of which was published by many media outlets. The judge had on Wednesday ordered production of Choksi before the magistrate to face charges of illegal entry into Dominica.

The 62-year-old wheelchair-bound diamantaire, who has a pending Interpol Red Notice against him, arrived before presiding Roseau Magistrate Court in black shorts and a blue T-shirt from the Dominica-China Friendship Hospital, where he is undergoing treatment. His application for bail was rejected.

Choksi and his nephew Nirav Modi had fled India in the first week of January 2018, weeks before the PNB scam rocked the Indian banking industry.

The duo allegedly bribed officials of the state-run bank to get Letters of Undertaking (LoU) on the basis of which they availed loans from overseas banks that remained unpaid.

The allegedly corrupt bank officials did not enter these LoUs in the core banking software of PNB, thus evading scrutiny. The non-payment of these LoUs or bank guarantees worth Rs 13,500 crore resulted in default and became a liability on the bank.

Choksi had mysteriously gone missing on May 23 from Antigua and Barbuda, where he has been staying since 2018 as a citizen since he fled Delhi.

He was detained in neighbouring island country Dominica for illegal entry after a possible romantic escapade with his rumoured girlfriend.

His lawyers alleged that he was kidnapped from Jolly Harbour in Antigua by policemen looking like Antiguan and Indian and brought to Dominica on a boat.

Modi escaped to Europe and was finally held in London, where he is contesting his extradition to India. Choksi took the citizenship of Antigua and Barbuda in 2017

The wife of embattled businessman Mehul Choksi has hit out at Prime Minister Gaston Browne for his comments regarding the deportation of the Indian-born fugitive to his native land.

Browne has suggested that Choksi was “hiding” behind his Antiguan and Barbudan citizenship, rather than answering the accusations against him back in India, where he is still a citizen. He added that for that reason, he would support Choksi’s deportation directly to India, rather than a return to Antigua.

The prime minister also previously raised concerns about Choksi’s citizenship – awarded through the Citizenship by Investment Programme (CIP) in 2017 – going as far as notifying the man that he would be pushing for the revocation of his citizenship, on the grounds that he willfully concealed information pertinent to his CIP application.

That information refers to his alleged involvement in the Punjab National Bank (PNB) scam.

Speaking to India’s ‘World Is One News’ (WION) this week, Priti Choksi expressed her disappointment with Browne’s comments on her husband’s status, questioning the PM’s insistence on having him sent from Dominica to India, as opposed to Antigua.

“I believe that if the law is followed, he would be sent back to his country, which is Antigua. [Therefore] … we are deeply anguished by [the prime minister’s] comments, because [he] has said that, ‘do not let him come back to Antigua, because he will be protected by the Constitution and laws of Antigua’.

“Why would he be protected by the Constitution and laws if he was not a citizen of Antigua?” she queried.

Priti Choksi also spoke on her husband’s presence in Dominica, amid suggestions that he travelled to the country on his own accord. Those suggestions contradict the claims from Choksi’s legal team, that he was forcefully removed from Antigua and transported to the neighbouring island.

She told WION, “There was no reason for him to leave Antigua and Barbuda. He has two cases to answer here, both those cases are in court and there are stays on both of them … even if he loses the case, he has the option to go to the Supreme Courtof the Caribbean and the Privy Council.

“But there is no thought on him losing; that is how strong his case is. What would the reason be for him to leave a place where he is safe?”

The local authorities in Dominica were also criticised by Choksi’s wife, who questioned why a kidnapping investigation was not initiated, following the claims by her husband that he was abducted and brought to the island. 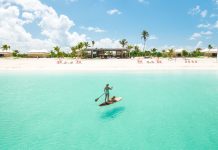