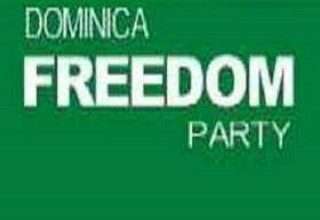 The DFP, which held office between 1980 and 1995, has not fared well in recent general elections, winning just two of the 21 seats in the Parliament in 2000 and failing to win any seat since the 2005 general election.

“The Dominica Freedom Party was founded on principles, human rights and integrity of action. While the decision of other political parties to not participate in the elections may seem to present a right opportunity for the DFP to be political poachers, it is simply not in the DNA of the party to ignore principles and become naked political opportunists,” said DFP leader, Bernard Hurtault.

“The DFP cannot in clear conscience continue to validate a deeply flawed and anti-democratic election process. The DFP will therefore not contest the December 6, 2022 general election,” he said, adding that the party now views the election date as a “day of liberation.

“A day when the psychological mode of the country shifted to one of empowerment, a day when all those who stand for freedom, justice and a better Dominica will coalesce into a movement of civil rights, justice and a new Dominica. My friends the fight goes on,” Hurtault added.

The DFP, which was in government between 1980 and 95 when the late Dame Eugenia Charles served as its leader, joins the main opposition United Workers Party (UWP) in boycotting the election.

Prime Minister Roosevelt Skerrit on Tuesday presented the DLP’s list of candidates for the polls at a public meeting in the heart of the capital on Tuesday night, sidelining several incumbent ministers.

Nomination Day is set for November 18.

Skerrit, on Sunday, shocked the nation by calling the election three years after he led the DLP to a convincing 18-3 victory over the UWP in the 2019 poll. The UWP had been demanding electoral reform ahead of the last general election, but the Skerrit administration said it had been stymied by Opposition legislators who refused to debate the necessary legislation needed to advance the electoral reform process.