New York, NY –An anonymous man died in Boise, Idaho, on or about March 17, 2017, whose death was caused by an overdose of several drugs including fentanyl.

The victim’s computer showed that he had repeatedly ordered painkillers from the Pharmacy Website, paying thousands of dollars for these drugs.Law enforcement officials began investigations that included buying illegal drugs from the Web site on several occasions.

At a press conference his week, top US drug enforcement officials announced that Jose Francisco Guzman-Cabrera, a Dominican citizen, has been extradited from the Dominican Republic in connection with running this Web site, which is called the ‘Pharmacy Website’ in the indictment, although this is apparently not the real name of the site (which has presumably been taken down.)

Guzman-Cabrera is charged with conspiracy to distribute controlled substances, including oxycodone, hydrocodone, and fentanyl, and also with money laundering related to the business of a sham online pharmacy, which ran a Web site, which is not named in the indictment.

Guzman-Cabrera was arrested on July 3, 2020, in the Dominican Republic, and was presented last week before U.S. Magistrate Judge James L. Cott.

DEA Special Agent in Charge Susan A. Gibson said: “This investigation reinforces the dangers of purchasing narcotics through the internet. Mr. Guzman-Cabrera may have felt he was safe allegedly operating his drug trafficking organization from the Dominican Republic, but great investigative work led to his arrest and extradition to the United States to face justice.”

Acting U.S. Attorney Audrey Strauss said: “As alleged, Jose Francisco Guzman-Cabrera was the kingpin of a drug trafficking organization that distributed dangerous opioids to individuals throughout the United States through a website purporting to be an online pharmacy.”

The investigation has revealed that in some cases, customers purchased what they believed to be prescription drugs such as [Xanax]  or oxycodone from the Pharmacy Website, but instead received pills containing other substances.

In 2018, law enforcement agents searched a residence in New Jersey that the Pharmacy Website used as a distribution center, and seized approximately 100,000 pills, including pills containing a drug very similar to Fentany  and other synthetic opioids that have no recognized medical use in the United States.

It is not clear where these drugs were manufactured.

Guzman-Cabrera, who was based in the Dominican Republic, coordinated the purchase of pills and tablets from sources overseas, and shipped these drugs to co-conspirators who operated drug distribution centers located in the United States.

After customers placed orders for drugs on the Pharmacy Website, Guzman-Cabrera had his co-conspirators in the US  mail the drugs to these customers.

Ms. Strauss thanked the Dominican Government’s National Directorate for Drug Control (DNCD) and the United States Marshals Service for their assistance in the case, as well as the U.S. Department of Justice’s Office of International Affairs of the Department’s Criminal Division for its significant assistance in securing the defendant’s extradition from the Dominican Republic.

Little is known about the defendant or his alleged co-conspirators in the US. One Dominican Web site suggests that he is known as an entrepreneur in the “agricultural sector” in the Dominican Republic.

‘Is This When I Drop Dead?’ Two Doctors Report From The COVID Front Lines. 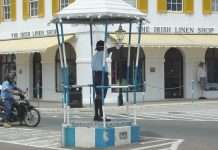 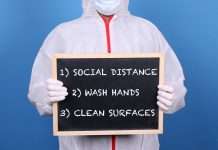 Making It Personal: Trump And Biden Dual With Microphones In Reality TV-Style Slugfest.

‘Is This When I Drop Dead?’ Two Doctors Report From The...