HAVANA (AP) – As Haiti rapidly spirals into chaos, its island neighbor, the Dominican Republic, has responded with crackdowns on migrants and a military buildup the government claims will “guarantee border security.”

But some fear those moves will only deepen long-existing xenophobia against Haitian migrants and harm both nations’ economies.

If international troops are sent in response to an appeal by Haiti’s government for help against gangs, “We would close and block the border. … It´s very dangerous for the integrity of the Dominican Republic to receive asylum seekers in the country,” Abinader said in a press conference.

Dominican officials also announced that they would consider even greater migratory controls on the Haitian border in the future.

Tensions have long simmered between the two nations, which share a more than 240-mile border on the island of Hispaniola.

Haiti´s crisis has been exacerbated by the 2021 assassination of ex-Haitian President Jovenel Moïse and gangs have gained increasing power in confronting a weak government. That has spurred a massive flight of migrants and the Dominican Republic has gradually grown more hardline with its migratory and border policies.

Among its most drastic actions has been to begin construction of a Trump-style wall along the border.

Migrant aid leaders like William Charpantier Blanco, head of the National Comittee for Migrants and Refugees in the capital of Santo Domingo, said anti-migrant groups have grown empowered under the new policies.

“The migratory situation in the Dominican Republic has never been good, but in the past two years, it´s gotten far worse,” he said. “With the economic and political crisis Haiti is living through, the Dominican government has had massive deportation crackdowns.”

Charpantier Blanco also noted that migrants were mostly working-class Haitians, but now his organization is seeing a growing wave of middle-class and elite fleeing.

One of Haiti´s most powerful gangs – as well as anti-government protesters – have laid siege to key fuel supplies in Port-au-Prince, causing shortages not just of fuel, but water and other basic supplies. Abinader previously described Haiti´s turmoil as a “low-intensity civil war.”

As a result, the UN Security Council is considering a request by Haiti’s government to send foreign troops to pacify the gangs, or at least alleviate the blockade.

The disorder has amplified fears by many Dominicans like Paterno Valenzuela that gang violence could trickle into their own country.

Valenzuela, 56, is a farmer along the border town of Elias Pina, and said while he hasn’t seen an uptick in violence in his area, he is “preparing because this crisis in Haiti is really bad.”

The Dominican farmer described seeing large groups of migrants climbing through the mountains fleeing the country and expressed concern about rising contraband like gasoline flowing across the border. He said he would support a foreign intervention if it were to come to that.

Yet the Caribbean country could stand to lose significantly if it were to close its border.

Officially, some $750 million is exported each year from the Dominican Republic to Haiti, the country´s third largest trading partner. More than $400 million more in products is traded informally between the two countries, according to a 2017 study by the Dominican Central Bank.

Valenzuela’s town is one of many border economies that are intrinsically tied to the neighboring country, depending on Haitian buyers as a basic source of income.

“All these towns (on the border) depend on the Haitian market,” he said.

Meanwhile, Haitian migrants like Charlie, who declined to give his last name out of fear of retaliation, continue to live in a legal shadowland. He echoed worries by migrant aid leaders like Charpantier Blanco that things could only get worse.

Charlie, 20, has lived in the Dominican Republic most of his life and works in a bakery in Santo Domingo. He has no memory of childhood in Haiti, yet earlier this year was one of thousands of migrants deported to Haiti amid crackdowns by the government.

Like many, he returned to the Dominican Republic with the help of a friend who smuggled him back in.

Now he tries to be inconspicuous.

“I leave early in the morning and I come home at night. I stay in the business (the bakery) and there are sometimes when I stay on Sundays,” he said. “It´s a clandestine life … a very difficult life.” 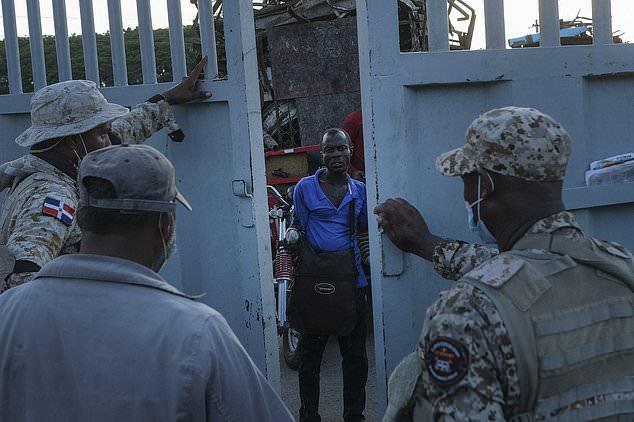 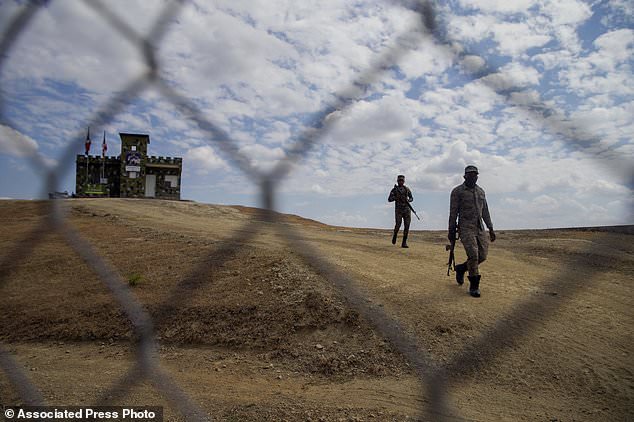