Dr. Bernicia Nisbett, a resident of Saddlers village, was sworn in Tuesday as the newest Senator in the National Assembly of St. Kitts and Nevis.

Dr. Nisbett will serve in the capacity of Deputy Speaker of the Honourable House, which will convene for the first time on Wednesday, July 08 at the St. Kitts Marriott resort since the June 5th general elections.

During a brief ceremony hosted by His Excellency the Governor General, Sir S.W. Tapley Seaton at Government House, Resident Judge His Lordship Trevor Ward QC administered the oaths of allegiance and office to Dr. Nisbett.

Also, in attendance were family members and close friends of Dr. Nisbett.

In his remarks to mark the occasion, Prime Minister Harris offered heartfelt congratulations to Dr. Nisbett, and stated that this is further evidence of his Team Unity administration’s determination to empower the youth of St. Kitts and Nevis.

“For me, our people’s hearts must be made glad when young people have shown themselves able to come forward to serve,” Prime Minister Harris commented. “We are a small country with limited human resources, and we depend upon excellent quality persons to come forward to serve us so that we would not shortfall. I consider Dr. Bernicia Nisbett one such excellent citizen of St. Kitts and Nevis.

Deputy Prime Minister Richards also added his words of commendation and encouragement to the new senator.

Minister Richards noted that Dr. Nisbett’s elevation to this post should serve as motivation to other young persons, particularly young women, in St. Kitts and Nevis.

“Quite often as you look throughout St. Kitts and Nevis and the Caribbean region, you hear the cry that females are marginalised and that females are underrepresented,” said Deputy Prime Minister Richards. “You say to our females that with education, with the right attitude and the willingness to learn and to be part of the democracy within the Federation of St. Kitts and Nevis that others just like you can aspire to such,”

A graduate of the Celia Sanchez Manduley University of Medicine in Cuba, Dr. Bernicia Nisbett currently serves as the District Medical Officer responsible for providing medical services to the communities of Parson’s Village to Newton Ground.

Seabourne Oddessy set to return to St Kitts in July 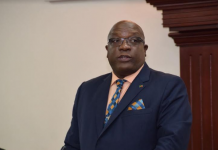 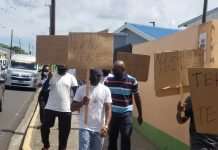 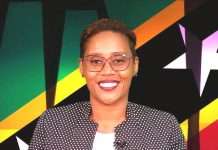 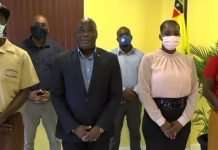 Livestock and crop associations on Nevis receives US$7000 grants