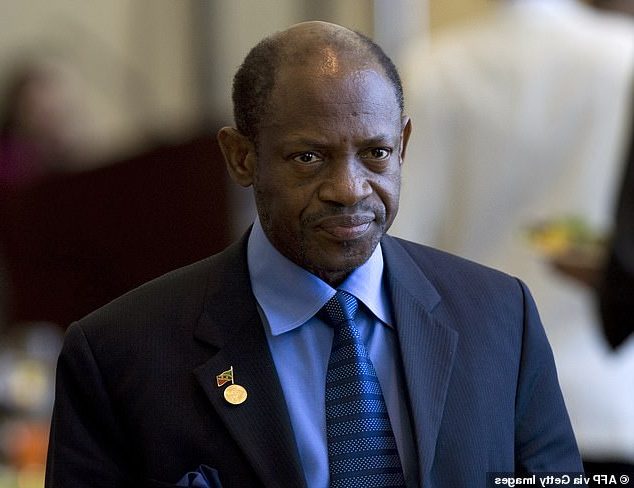 Former long serving Federation Prime Minister Dr. Denzil Douglas is under investigation by Britain’s National Crime Agency  after he recently tried to leave the UK with  UK£70,000 ($92,000 US) in cash, according to the Mail on Sunday newspaper.

While he was released to travel to Dubai, his money has remained in Britain in the custody of UK authorities while the investigation proceeds.

As for Douglas, he has denied being arrested, contrary to a story published in the Mail on Sunday. “This story is deliberately politically contrived. I was never arrested in the United Kingdom and I do not think there is any intention for any arrest on my part given the circumstances within that story,” Douglas told St Lucia Times by telephone.

“This is a matter that is receiving the attention of my lawyers and you will hear about it later,” the former Prime Minister told St Lucia Times.

He described the publication of the story as a vicious attempt pursued three weeks ago by a local social media network of the coalition government of Saint Kitts and Nevis.

Dr. Douglas – who was Prime Minister of Saint Kitts and Nevis for 20 years – was detained at Gatwick Airport by the UK Border Force three weeks ago.

Officers seized the equivalent of more than £70,000 – in sterling, US dollars and eastern Caribbean dollars – from him on November 16 when he could not explain why he was attempting to leave the country with the cash.

Mystery surrounds the bizarre incident on which neither the Home Office nor police will comment.

A law enforcement source said: ‘He told them it was for political campaigning but could not explain where it came from and where it was really going.’

They added: ‘He was pulled up by Border Force and he declared he had a little bit of cash on him but something didn’t smell right and the search found the stash.’

Anti-money laundering rules state anyone leaving the UK to travel to a non-EU country must declare any sum above $10,000 US.

Agents are now attempting to trace the origin of the cash.

However, the MoS understands Dr Douglas is the subject of a probe by the National Crime Agency.

Officers were granted the right to hold the cash for a further six months by Crawley Magistrates’ Court on November 19.

Last night the Cabinet Office, which oversees the Queen’s advisory Privy Council, confirmed that Dr Douglas remained on the committee, but would not comment on what he had been doing in the UK.

During his 20 years in office, Dr Douglas’s administration was criticised in a long-running passport scandal around his island’s ‘Citizenship-by-Investment’ programme.

He lost power in 2015, but is seeking a comeback as leader of the island’s opposition Labour party.

It is understood he arrived in Britain on November 13 and was detained leaving three days later.

Yesterday the Cabinet Office would not say if he had met with any UK Ministers or officials during his visit.

However the incident is embarrassing to Britain given the praise heaped upon Dr Douglas in 2011.

Offering his ‘warmest congratulations’ at his promotion to the Privy Council, the then Prime Minister Mr Cameron said: ‘I believe that this appointment is fitting for a Prime Minister with many years of loyal service to Her Majesty and I look forward to working with Dr Douglas in years to come.’

Dr Douglas’s office did not respond to requests for comment last night. The NCA declined to comment but a source said: ‘We do not routinely comment on individual cases.’