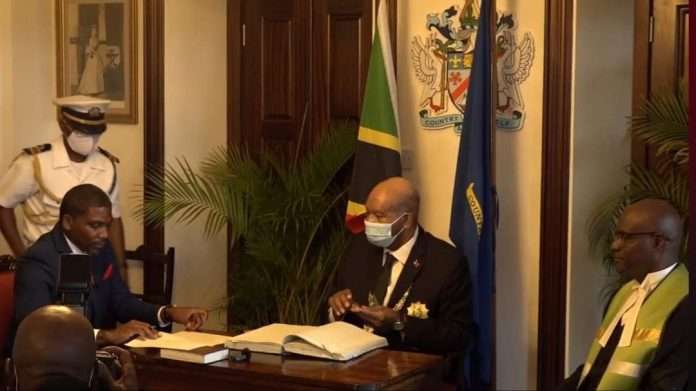 Dr Drew was sworn in at Government House on Saturday afternoon where he took the oath of allegiance, the oath of office and the oath of secrecy administered by resident high court judge His Lordship Justice Trevor Ward.
He was then presented with his instrument of appointment by Governor General Sir Tapley. Seaton QC.
Dr Drew also announced Monday as a holiday in St Kitts and Nevis as celebration of election victory.
- Advertisement -