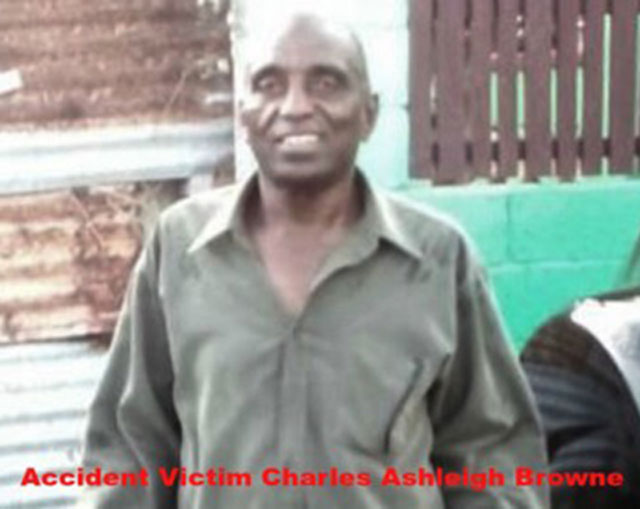 Basseterre, St. Kitts- The driver of the vehicle that collided with Charles Ashleigh Browne and led to his death on the scene has been released by police without being charged but the investigations in the matter are ongoing.

Last Friday morning Browne was walking to town from Frigate Bay after he had just completed working and was struck by a private bus with the collision killing Browne on the scene.

The incident took place a few hundred yards above the Eastern Caribbean Central Bank. Following the incident the driver of the vehicle was taken in to police custody pending an investigation but has since been released.

On Tuesday police announced that the autopsy of the victim stating that he died as a result of severe thoractic shock with haemorrhage and shock as a result of the accident.

Browne was the owner of a printery that was located on Market Street and worked as a security guard in Frigate Bay at the time of his death.

Browne’s death is the third road fatality for 2017 following the death of two minors in January.