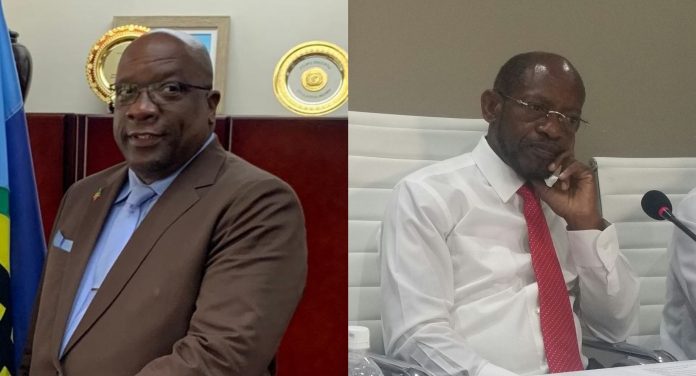 The next election in St. Kitts and Nevis is probably still months away, but the battle of the polls has already begun.

Last week, a poll circulated suggesting the St. Kitts and Nevis Labour party was favoured to win the next election. The survey, done by pollster Bill Johnson of Johnson Survey Research Inc, indicated that the Labour Party was set to win six out of eight constituencies in St. Kitts.

Days later, the Team Unity government touted its own polling, done by Don Anderson, executive chairman of Market Research Services. Both firms are based in Jamaica.

The Anderson poll found that Team Unity was “comfortably ahead” ahead in five St. Kitts constituencies and two of three in Nevis. The poll added that one of the four seats currently held by Labour and the Nevis Reform Party (NRP) was regarded as a “marginal one given current voter sentiment”.

In separate interviews with The Observer, both Johnson and Anderson declined to identify the constituency seats, two for Labour in the Johnson poll and one for Team Unity in the Anderson poll, they believed could be flipped in the next elections.

Unsurprisingly, the two polls also differed on whether there was more public support for Prime Minister Dr. Timothy Harris or Leader of the Opposition Dr. Denzil Douglas.

The Johnson poll said that about 48 percent of the public believed Douglas would do a better job of leading the country while only 29 percent preferred Harris, about 18 percent of those polled were undecided. The poll did not cover Constituencies 6 and 7, represented by Douglas and Harris respectively.

By contrast, the Anderson poll said that 58% of the public supported the Harris-led Team Unity government and said they would “definitely vote for Team Unity led by Dr. Harris for a second term in office.” Only 42 percent said they would vote for the Labour party or NRP under Douglas.

The polls also diverged in the details of what they examined, with the Johnson poll focusing on the likeability and support for Harris and Douglas while the Anderson poll examined the reasons for Team Unity’s support amongst its potential voters.

The poll also measured the likeability of both Harris and Douglas:

“By a significant margin, on average across six constituencies respondents registered more like (71%) than dislike (42%) for the former Prime Minister Douglas. In contrast, the average dislike (54%) is significantly more for Harris than like (38%),” according to the Johnson poll.

Regarding performance, according to the Johnson poll 38 percent said Harris was doing a good job as prime minister while 71 percent said Douglas’ performance while in office was better.

According to the Anderson poll about half of the people planning on voting for Team Unity in the next election cited infrastructure work being done as the reason for their support. About a third said there were pleased with Team Unity because of the Poverty Alleviation Programme (PAP).

The Anderson poll said that about 78 percent of the people interviewed gave Team Unity a fair or very good rating for their performance as well as broad support for particular policies such as crime-fighting and PAP.

“Both the crime fighting initiative and this poverty reduction program have won the support of persons irrespective of party affiliation.  Indeed, the awareness and acceptance of these two programmes has been highest in some of the Labour-held constituencies,” according to the Anderson poll.

In an interview with The Observer, Anderson said that support for Team Unity had “consolidated” since the last time his company ran a poll in the Federation.

“It appears there’s more support for Team Unity than earlier this year when we conducted poll,” Anderson said.

The Observer also interviewed Johnson, who said that he had been polling Team Unity’s popularity since a year after their electoral victory in 2015. He said that support for Team Unity had begun to decline shortly after the election.

“The prime minister has been underwater in terms of his favourability rating. His negative performance is higher than his positive performance,” said Johnson.

“It’s like shortly after the election people started having buyer’s remorse and were sorry they bought into the Team Unity campaign and wishing they hadn’t and the labour party was leading the government.”

Johnson said he believed that Team Unity’s victory in 2015 was attributable to Douglas long tenure in office, with many voters wanting a change.

Johnson’s poll did not survey people living in Constituencies 6 &7. Johnson said research there was not needed as they were likely to support their incumbents, Douglas and Harris.

Johnson declined to give specific numbers on why his poll showed dissatisfaction with Harris but said a “plurality” of voters believed Harris “only cares about himself and his family.”