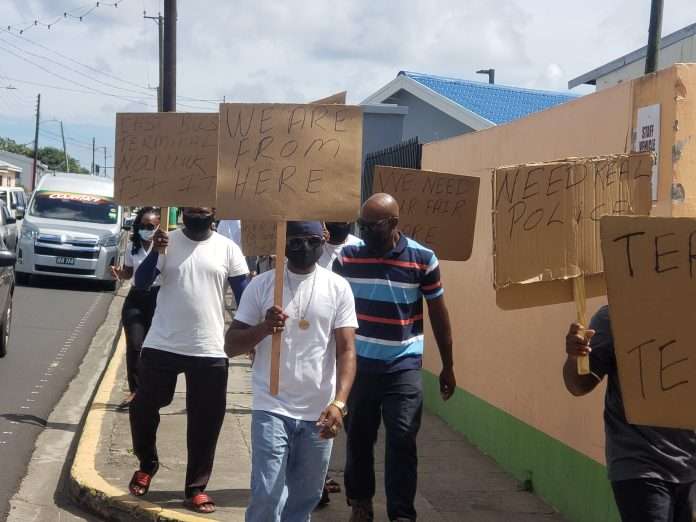 Bus drivers of the East Bus Terminal on Monday were out protesting unfair chances to make a decent living while others are allowed to break the law.

A little under two dozen drivers parked their busses outside the East Bus Terminal on Wellington Road and marched towards Government Headquarters and performed a peaceful protest outside the main government building.

The drivers claimed while they are following the rules and using the terminal the way it was meant to be used others are allowed to break the law and take advantage and pick up passengers outside the terminal and make returns significantly greater than what they are making.

Mangra said the protest was necessary to put pressure on the authorities to enforce change.

He said they do not feel the negotiations and complaints with the government officials have not been working and a protest was the resulting action.

More on this will be published in this weekend’s Observer.