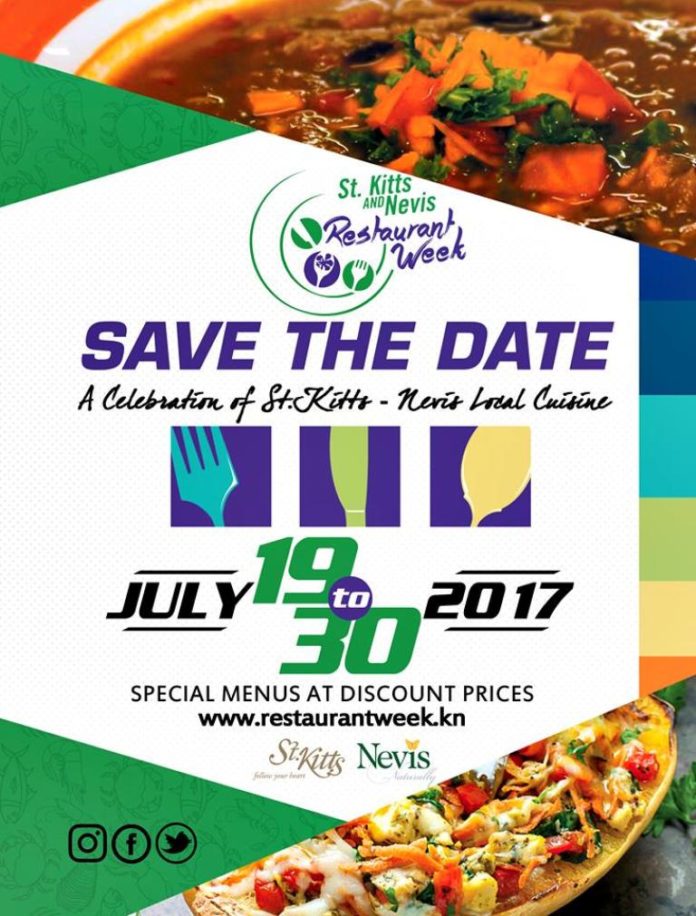 Basseterre, St. Kitts – As the third annual St. Kitts and Nevis Restaurant Week nears, the Department of Agriculture (DOA) continues to partner with the Ministry of Tourism to promote eating local products and to ensure that the event, which is slated for July 19-30, is a resounding success enjoyed by the many patrons of various participating restaurants and food vendors.

Kathleen Pessolano, a consultant for Restaurant Week, hailed the collaboration between the two entities, noting that their hard work and dedication should not go unnoticed as the idea of encouraging and getting people to eat out locally is extremely important.

“The Department of Agriculture is working very hard, year in, year out, on promoting local sourcing and local production of food,” she said. “So the idea of Restaurant Week initially came out of Eat Local Day, as a partnership shared between agriculture and tourism to build those linkages between agriculture and local production and the potential customers for those producers in the hotels and restaurants.” She also recognized the executive committee for Restaurant Week, noting that they too have been working exceptionally hard for the past years since the event came into being.

Pessolano encouraged all to participate in Restaurant Week, as it is an event created with everyone in mind.

“Restaurant Week is to support not just the fine dining establishments, not just the ones that may be on everyone’s radar screen on a daily basis, but also to support the smaller spots where local residents know to go and enjoy all the time, but visitors may not really know where to find them,” she said. “We have been really excited to hear from some of the smaller dining spots that new customers are coming in every year from hearing about them from Restaurant Week.”

Alistair Edwards, permanent secretary in the Ministry of Agriculture, said that both Eat Local Day, which debuted June 2007, and Restaurant Week, which debuted in July 2015, are both important events and the DOA will continue to work alongside the Ministry of Tourism to promote healthy lifestyles through eating local produce. He stated that the DOA is “always looking for an opportunity, an avenue to push more local products for the farmers” and gave a brief introduction of Eat Local Day.

“Even before 2002, we debated it at senior management level and then in 2007 we actually got a start, much different to how it is now,” said the permanent secretary. “We actually used hotels to prepare dishes and we had quite a difficult time in getting all the dishes to the square at a particular time… and so we thought that the first year was not quite a disaster; the idea was good and so we changed the format and invited people to come to the square to actually produce a meal [using] only products that came from St. Kitts and Nevis.”

He added that the idea of getting people to eat locally was once repeated at least three times a year, during Eat Local Day, Tourism Month and around carnival time.

The largest participation during Restaurant Week is a three-course meal at just US$40 for dinner in restaurants such as Fisherman’s Wharf, Ocean Terrace Inn (OTI), Jam Rock, The Kitchen at Kittitian Hill, the St. Kitts Marriott Resort, Carambola, Spice Mill, Serendipity, Marshalls and Rock Lobster, just to name a few. The full list of participating restaurants for Restaurant Week 2017 will be posted on www.restaurantweek.kn and all are encouraged to take full advantage of the week.