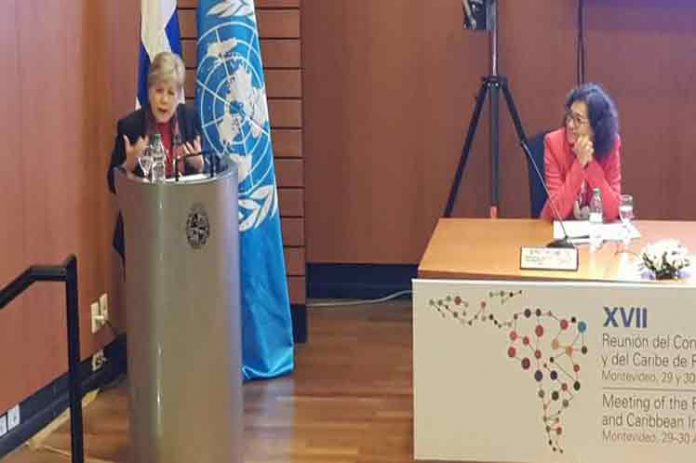 Alicia Barcena (R)
Alicia Barcena, executive secretary of the Economic Commission for Latin America and the Caribbean (ECLAC), highlighted the need for a change of development model in the region.

‘We must move from a development style with environmental crises, inequalities, to a new model, which includes a great environmental push,’ Barcena said after opening in Montevideo the 16th Conference of Ministers and Heads of Planning of Latin America and the Caribbean.

The ECLAC official said that 21 of 33 countries of the region have slowed economic growth, with rising debt.

Barcena said to the attending ministers that inequalities are no longer between the center and the periphery, but within the same countries, affected by the recessive bias of growth and trade.

During her speech, the executive secretary insisted on the worsening of the crisis of multilateralism, migration and democracy as problems affecting the region.

The ministerial meeting on planning will take place until Friday in Montevideo and one of its priorities is to draw up strategies in order to include the Sustainable Development Goals in the development plans of Latin American and Caribbean countries.