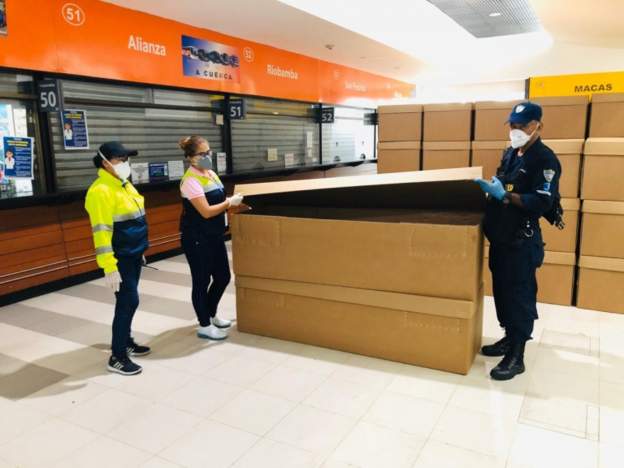 BBC- The authorities in Ecuador’s most populous city, Guayaquil, say they are handing out 4,000 cardboard coffins amid a shortage of traditional wooden caskets.

Forensic services have struggled to cope with the number of people who have died in the city of three million since the coronavirus pandemic started and funeral directors say they have run out of caskets.

The official number of those who have died after contracting the virus nationwide stands at 180, but President Lenín Moreno has said that number probably falls short as only the cases which have been tested are included.

Guayaquil, a port city, has been at the centre of the outbreak and residents say they have had to wait for days for the dead to be picked up.

Bertha Salinas told BBC News Mundo that it took four days for the bodies of her sister and brother-in-law to be removed from their home. The family wrapped the bodies in plastic sheeting, which they burned after their loved ones’ remains were finally taken away.