QUITO, May 9 (Reuters) – Dozens of inmates were killed during a riot early on Monday as rival gangs clashed in a jail in the Ecuadorean city of Santo Domingo, the government said, the latest episode of prison violence that has rocked the South American country.

One hundred and eight prisoners remain at large and 112 have been recaptured, Interior Minister Patricio Carrillo told reporters. Authorities said the riot broke out after a gang leader was transferred to Santo Domingo’s Bellavista prison following a court order, which may have caused unrest among prisoners.

Both the interior ministry and the attorney general’s office reported that 43 prisoners had died. Most of them had been stabbed to death, Carrillo said.

The riot was the latest incident of violence in Ecuadorean prisons, which the government attributes to fights between gangs over control of territory and drug trafficking routes. 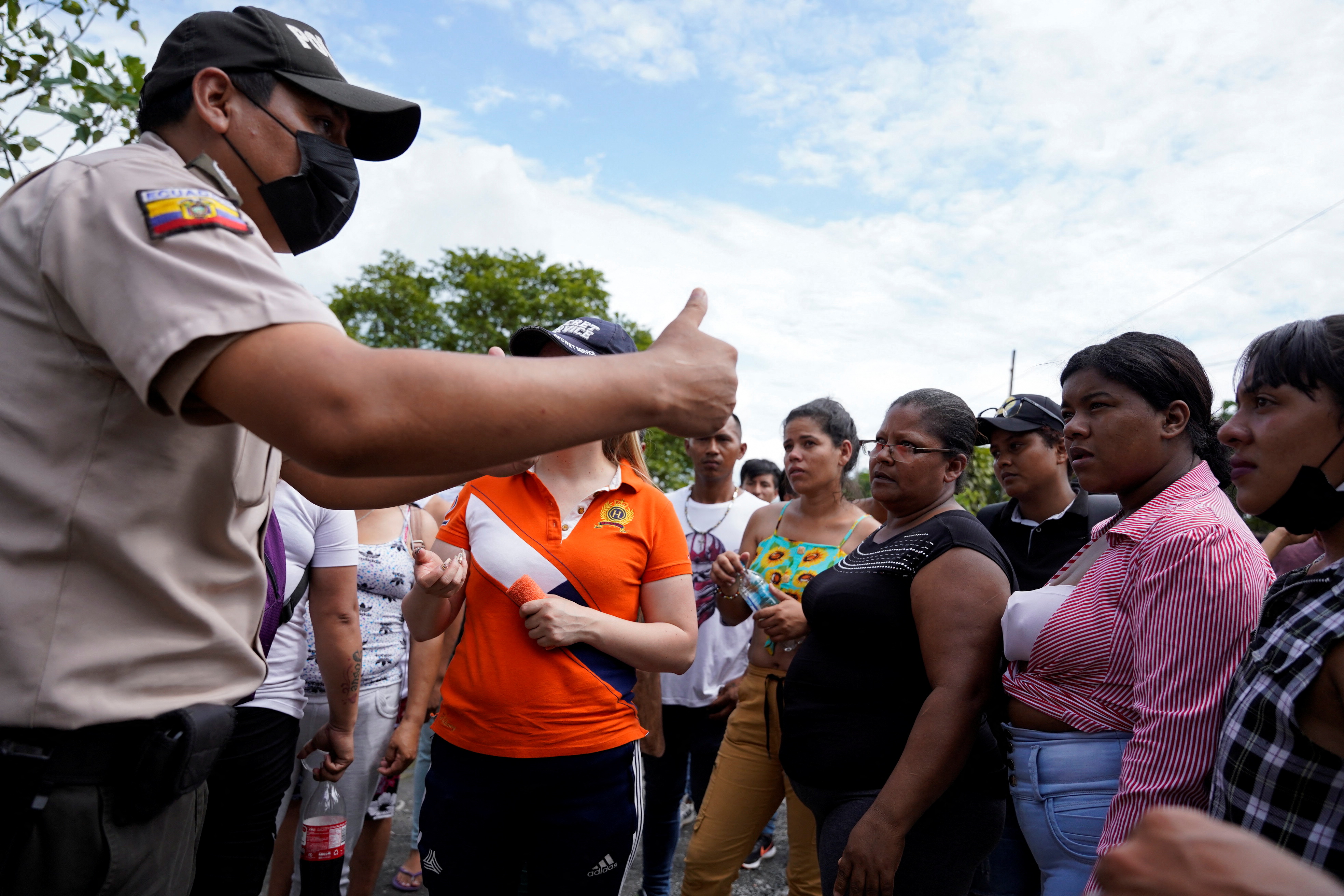 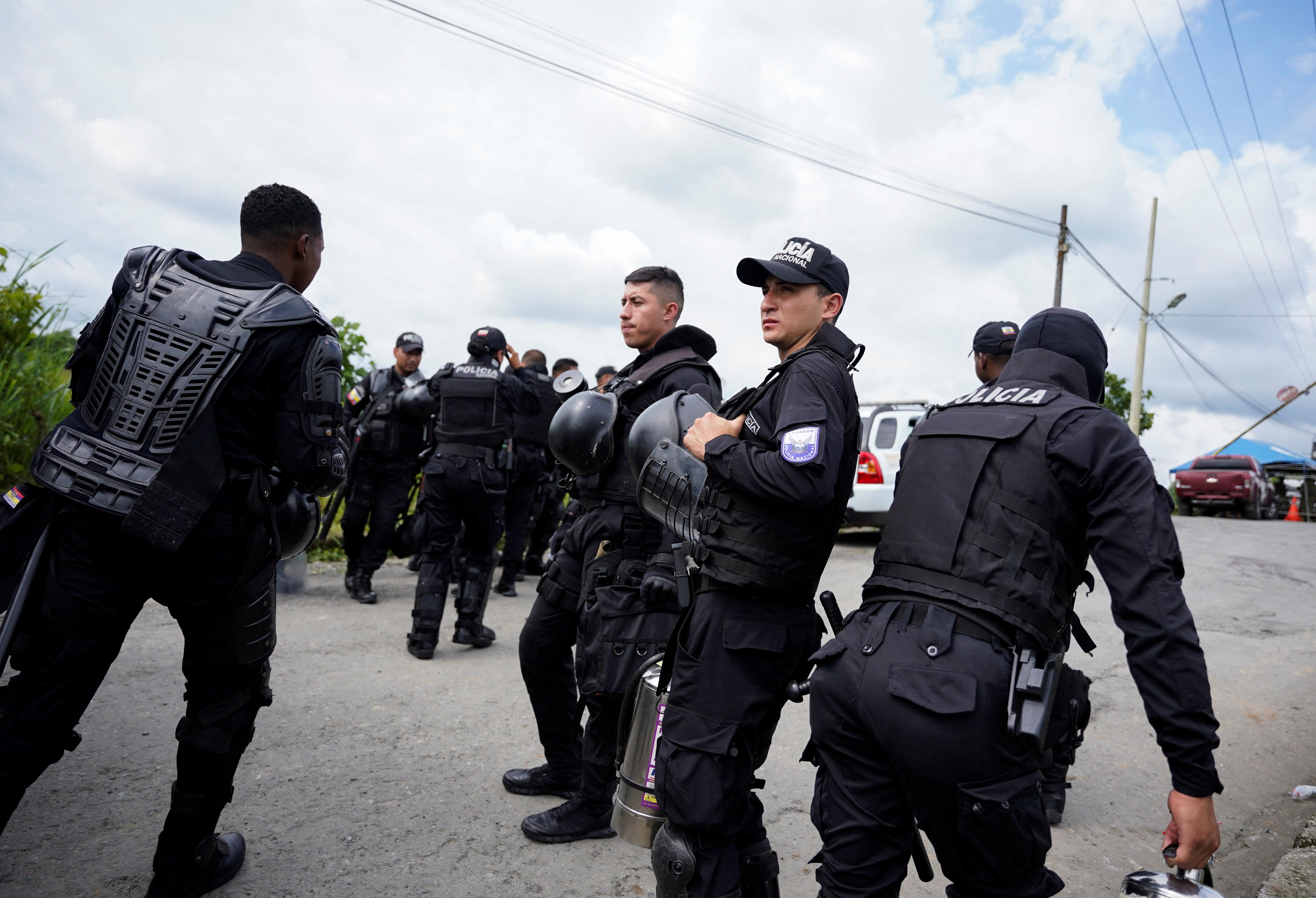 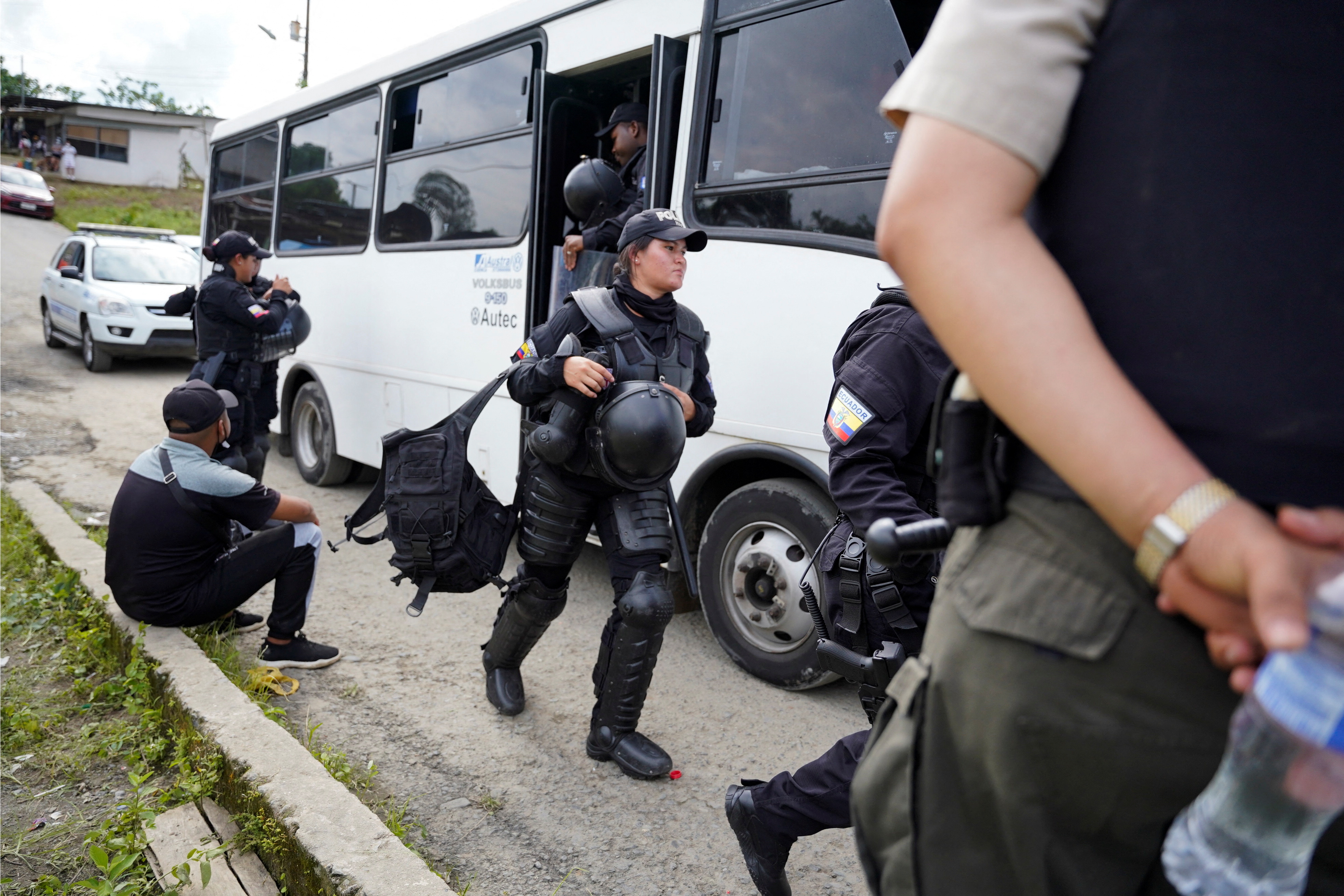 Police officers stand guard outside the Santo Domingo de los Tsachilas prison after Ecuadorean authorities reported that they managed to put out a riot and recapture several inmates that had escaped, in Santo Domingo, Ecuador May 9, 2022. REUTERS/Johanna Alarcon

Bellavista prison has now been brought back under control, police commander Fausto Salinas said, adding that a security fence was built around the jail’s perimeter after prisoners escaped.

The Inter-American Commission on Human Rights has said the system is blighted by state abandonment and the absence of a comprehensive policy, as well as poor conditions for inmates.

The country’s prisons house 35,000 people and are overcrowded at about 15% beyond maximum capacity.