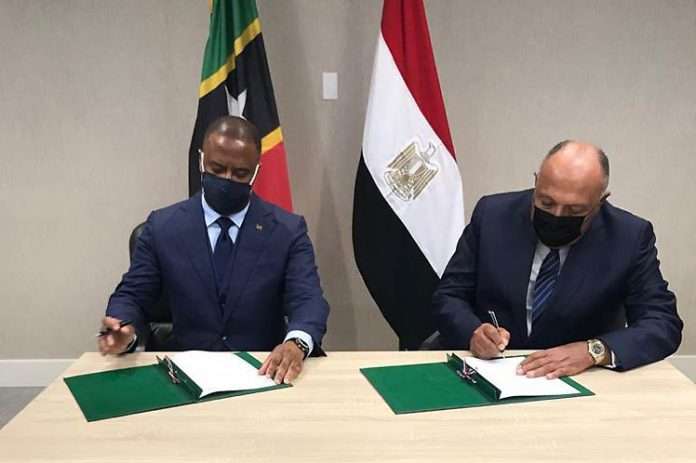 United Nations, Sep 23 (Prensa Latina) Egypt and St. Kitts and Nevis established diplomatic relations, a communique from the Ministry of Foreign Affairs of the North African nation announced on Thursday.

Egyptian Foreign Minister Sameh Shoukry and his counterpart of the Saint Kitts and Nevis, Mark Brantley, signed the joint statement, the text stated.

The two officials met in New York on the sidelines of the 76th period of sessions of the United Nations General Assembly.

During the meeting, the two ministers discussed some ways to initiate the bilateral relations, as well as to coordinate efforts and positions in international forums, the communique pointed out.