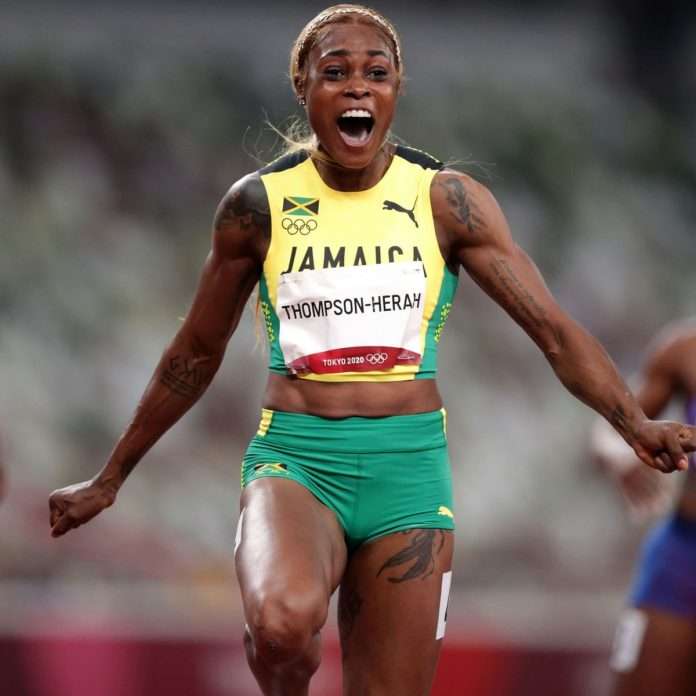 Jamaican sprinter Elaine Thompson-Herah created history at the Tokyo Olympics, by retaining her 200m title in 21.53 This is following her historic 100 meters win of 10.61 seconds on July 31. In that event, she broke Florence Griffith-Joyner’s Olympic Record of 10.62 set at the 1988 Seoul Olympics.

Thompson-Herah is the first woman to retain the sprint double at the Olympic games.

The second Jamaican in the 200m, Shelly-Ann Fraser-Pryce was fourth. Namibia’s Christine Mboma took silver in 21.81 for a new U20 record. Team USA’s Gabby Thomas scored bronze in 21.87.

Elaine Thompson-Herah will take part in the women’s 4x100m relay to wrap a historic Olympic Games. She also confirmed that she plans to tackle the double again at the Oregon World Championships in 2022 and the Paris Olympics in 2024.

Should she take both gold medals again in Paris, she will become the second sprinter in history to win three consecutive sprint doubles. The first sprinter to do so was Usain Bolt.