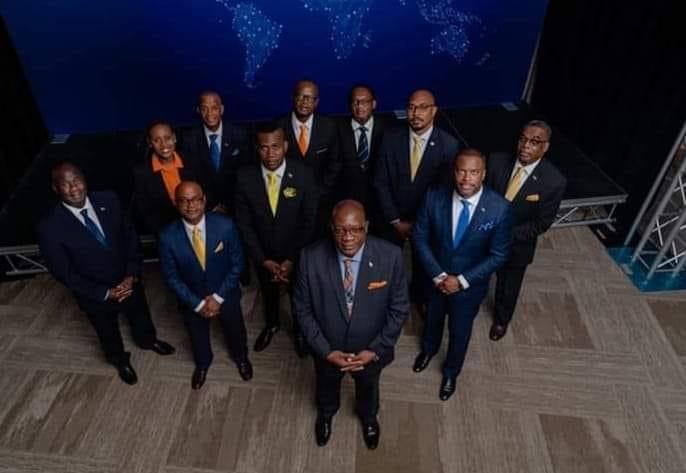 It only took a few hours after the polls closed to reveal that the Dr. Timothy Harris Lead Team Unity coalition had won the right to govern the Federation of St. Kitts and Nevis for five more years.

Needless to say, Prime Minister Dr. Timothy Harris and his “Dream Team” are overjoyed at the victory, which came late in the evening with six out of the 11 constituencies.

The elections were announced May 18 by Prime Minister Dr. Timothy Harris, less than a week after the National Assembly was dissolved. Nomination Day was May 27, where 23 candidates from five parties and one independent were nominated to contest the election.

The Observer was providing minute by minute updates of poll count announcements in this article. 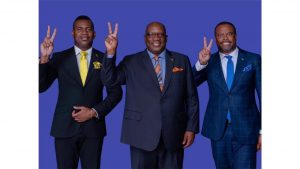 Below is a table with the breakdown of all the polling stations across the Federation that will be updated throughout the evening.

9:20- The first set of results have begun to trickle in, from Nevis 10 where results from three polling stations have been announced. Eric Evelyn of CCM with a strong early lead of 471 to 113 over Bjorn Hanely.

9:54- First results from St. Kitts comes from Constituency 4, polling station 1A where incumbent Lindsay Grant of Pam secured 119 votes over 61 votes for Steve Wrensford of SKNLP and one vote for Jason Thomas (IND). There were six rejected ballots.

10:30-Eric Evelyn of the CCM is the first candidate officially elected with 710 votes in Nevis 10 over Bjorn Hanley’s 167. There was a total of one spoilt ballot, three rejected ballots and a total votes cast of 880.

First set of results have come in for Constituency 5. Deputy Prime Minister Shawn Richards opens a commanding lead over Kenneth Douglas of the SKNLP. Richards is at 511 votes to Douglas’ 275.

Some results have also come in from Constituency 7, where Prime Minister Dr. Timothy Harris of PLP is sitting pretty thus far at 564 to SKNLP’s Leon Natta-Nelson 115.

In Nevis 11, incumbent Patrice Nisbett of the NRP has an early 80 vote lead over Alexis Jeffers of the CCM. Nisbett is at 500 votes to Jeffers’ 420.

12:09-More results across varying constituencies. In Constituency 4, Grant now leads with 750 over 476 and 10 for Wrensford and Thomas respectively.

In Constituency 5, Richards increases his dominance over Douglas to 848 votes to 421.

Dr. Douglas in Constituency 6 is running away with that poll with 1,078 votes already garnered, while Williams is on 278.

PM Harris has jumped to 908 votes over Natta-Nelson who thus far has totaled 269.

12:45- First set of data from Constituency 1. Incumbent Ian ‘Patches’ Liburd of PAM holds a slender 147 to 126 lead over Dr. Geoffrey Hanley of the SKNLP. One polling station reporting.

In Constituency 2, incumbent Marcella Liburd of SKNLP holds a two-vote margin over Jonel Powell of PAM. Liburd has garnered 183 votes over 181 for Powell with two polling stations reporting.

Richards’ lead in Constituency 5 continues to grow with 1,031 votes to Douglas’ 507. Three polling stations yet to report.

In Constituency 9, the second largest constituency, Mark Brantley has an early lead over Dr. Kelvin Daly with 652 to 517.

Alexis Jeffers in Nevis 11 has flipped an early lead by incumbent Patrice Nisbett to be leading 351 to 310.

2:00- Declarations have been made in four constituencies. Lindsay Grant has been returned by the people of Constituency 4 defeating Steve Wrensford and Jason Thomas 1,284 to 933 and 11 respectively.

The Deputy Prime Minister Shawn Richards has been returned by Constituency 5 defeating Kenneth Douglas 1,296 to 721.

In Constituency 6 SKNLP leader Dr. Denzil Douglas has been returned in resounding fashion defeating Kevin ‘Ninky’ Williams by a margin of 1,563 to 476.

In the first flipped constituency of the election, Alexis Jeffers of CCM defeated incumbent Patrice Nisbett of NRP 1,107 to 910 to win another seat for CCM and Team Unity.

Team Unity Now has won Constituencies 4,5,7, 9,10 and 11 while the SKNLP has captured Constituency 6.

In Constituency 2, Jonel Powell of PAM pulling away from incumbent Marcella Liburd of the SKNLP 651 to 582

Constituency 3 shows a lead by Konris Maynard of the SKNLP over Akilah Nisbett-Byron. The lead currently stands at 807 to 739.

In Constituency 7 Prime Minister Dr. Timothy Harris has been returned to represent that constituency 1870 to 607 over Leon Natta-Nelson of SKNLP.

Mark Brantley of CCM continues to hold a steady lead over Dr. Kelvin Daly 938 to 724

In St. Kitts, Team Unity had already confirmed victories in Constituencies 4, 5 and 7 giving them six out of the 11 seats thus far and guaranteeing them a second term in government.

Jonel Powell in Constituency 2 continues to rise over Marcella Liburd. He is up 766 to 690.

A ding-dong battle is brewing in Constituency 3 where incumbent Konris Maynard of the SKNLP is getting a good fight from Akilah Byron-Nisbett. Maynard narrowly leads 1,041 to 948 with two polling stations pending.

4:51-Although not yet called Akilah-Byron Nisbett is already celebrating an upset victory in Constituency 3.