SAN JOSE, Costa Rica — SARS-CoV-2 is the strain of coronavirus that causes COVID-19. A virus that is mutating in the country, according to a study by the School of Microbiology of the University of Costa Rica, UCR.

José Arturo Molina-Mora, a microbiologist from the Centre for Research in Tropical Diseases, CIET, who is leading the study, told A.M. CostaRica, it is of transcendent importance to identify virus patterns to reinforce epidemiological surveillance.

The results of the research confirm the existence of up to 11 Covid-19 mutations in the Costa Rica. In addition, specialists estimate that new mutations could appear in the near future.

Since China published the Covid-19 genome, Costa Rican scientists began the study to find out if SARS-CoV-2 was created in a laboratory or not.

“We confirmed international studies that spoke of the existence of other viruses that were 96 percent equal to SARS-CoV-2, a sufficient percentage to indicate that this new respiratory virus came from nature,” said Molina. “With that 96 percent similarity, it was enough to know that the virus was in animals, from that it infected humans.”

According to specialists, the virus consists of 29,903 nucleotides, which constitute the genetic body of SARS-CoV-2. To understand the DNA of a virus, Molina explains that, for example, Asian people have DNA codes that are more similar among members of that zone. Western people also have more similar DNA codes to each other. “The same thing happens with viruses. In epidemiological tracking this is the key,” he said.

It is then that the scientists determine with the research that Costa Rica already has enough mutations from the virus beginning in Wuhan, China. As time goes by, SARS-CoV-2 will continue to mutate, and one of those mutations could become more aggressive. “Fortunately, we have not found a mutation that increases the mortality rate in patients,” said Molina.

In Costa Rica, most of the cases of patients present mutations. Since July a group of genomes with mutations were detected. “Given this, it was believed that the higher the amount of virus, the more serious the disease would be, but this assumption seems to be discarded. At a clinical level, we have not seen an association between mutation and severity,” said Molina.

According to the study, since the analysis of 70 viral genomes in Costa Rica began, between four to 11 alterations per genome were found.

However, the most recent studies of 140 genomes resulted in finding another four additional mutations, so a total of 15 mutations could soon be confirmed. As time passes, an increase in COVID-19 mutations is expected.

“In some years we could even find 100 or more mutations,” said Molina. “In general, the presence of new mutations is a positive sign, because it means that the virus gradually adapts to humans to continue its replication without killing its host.”

According to the most recent report from the Ministry of Health, COVID-19 continues its fast advancement of infections and deaths in the country.

On November 23, the most up-to-date status of the virus in Costa Rica are:

• 19,217 foreign-born people have been infected with a total of 132,295 cases since March, approximately 14.5% of the total cases. Of these, authorities confirmed the death of 32 foreign-born patients. But since October, there is no updated information about foreign-born deaths due to COVID-19.

• 81,336 coronavirus patients have fully recovered, which is a 61.5% recovery rate of the total cases since March.

• 375,720 medical COVID-19 tests have been made. This according to the Centre for Systems Science and Engineering of Johns Hopkins University. 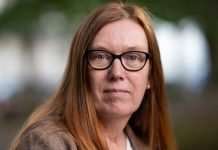 Vax Creator: ‘Next Pandemic Could Be More Lethal than Covid’