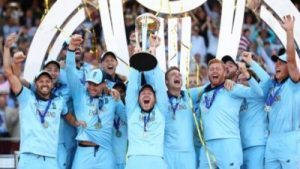 England beat New Zealand to win the men’s World Cup for the first time after one of the most amazing games of cricket ever played was tied twice.

In an emotional and electric atmosphere at Lord’s, both sides scored 241 in their 50 overs and were level on 15 when they batted for an extra over apiece.

It meant England were crowned world champions by virtue of having scored more boundary fours and sixes – 26 to New Zealand’s 17 – in the entire match.

That it even got to that stage was astonishing in itself and came as a result of a barely believable conclusion at the home of cricket – the first tie in a World Cup final.

England required 15 from the last over of the regular match. Ben Stokes hit a six and then benefited when a throw from the deep hit his bat as he dived for ground and was inadvertently deflected for four overthrows.

He could not get the two needed from the last ball – Mark Wood was run out coming back for the second – but ended 84 not out and joined Jos Buttler for the super over.

In glorious evening sunshine, they were roared on by a febrile crowd that belted out Sweet Caroline in the change of innings.

As Jason Roy’s throw came in from deep mid-wicket, a diving Guptill was short when Buttler removed the bails, sending England and the whole of Lord’s into delirious celebration. 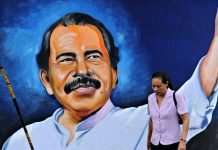 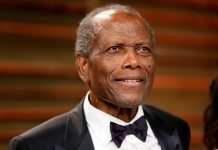 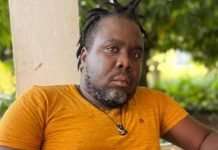