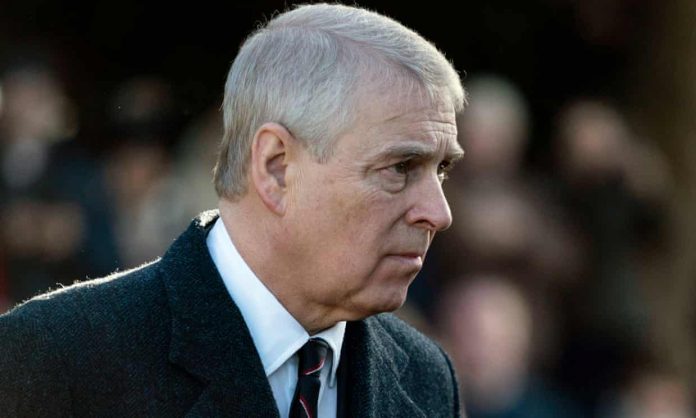 A US lawyer has called on Prince Andrew to “stop playing games” and assist authorities with their investigation into the Jeffrey Epstein sex trafficking inquiry.

Lisa Bloom, who represents five of Epstein’s alleged victims, said it was time for the Duke of York to “do the right thing” and speak with investigators in the US.

The US attorney Geoffrey Berman said at a news conference on Monday that Andrew had provided “zero cooperation”, despite his lawyers being contacted by prosecutors and the FBI as part of the investigation.

Bloom told BBC News on Tuesday: “It is time for anyone with information to come forward and answer questions

“Prince Andrew himself is accused of sexual misconduct and he also spent a great deal of time with Jeffrey Epstein. So it’s time to stop playing games and to come forward to do the right thing and answer questions.”

She said Berman had been left with “no choice” but to comment publicly about Andrew’s alleged lack of cooperation into the investigation.

She said: “He [Berman] doesn’t have the power to subpoena Prince Andrew as part of the criminal investigation, so what else can he do except use the power of the press to come forward publicly and say: ‘You know what, Prince Andrew, you said you would fully cooperate with law enforcement and you have not done it.’”

Berman, who is overseeing the Epstein investigation, told reporters outside the disgraced financier’s New York mansion that “to date, Prince Andrew has provided zero cooperation”.

Buckingham Palace was not commenting on the matter, but a source said: “This issue is being dealt with by the Duke of York’s legal team.”

Andrew stepped down from royal duties in November following a disastrous Newsnight interview on his association with Epstein. At the time, he said: “I am willing to help any appropriate law enforcement agency.”

Following the interview, he was accused of failing to show regret over his friendship with the disgraced financier, who took his own life in prison while awaiting trial on sex trafficking and conspiracy charges.

Virginia Giuffre, who claims she was trafficked by Epstein, said in an interview with BBC Panorama that she was left “horrified and ashamed” after an alleged sexual encounter with Andrew in London in 2001.

The duke categorically denies he had any form of sexual contact or relationship with Giuffre.