NAREWKA, Poland, Nov 9 (Reuters) – Hundreds of migrants huddled around forest campfires in freezing temperatures on Tuesday near the Belarus-Poland border where razor wire fences and Polish border guards blocked their entry into the European Union.

The EU vowed more sanctions against Belarus, accusing President Alexander Lukashenko of using “gangster-style” tactics in the months-long border stand-off in which at least seven migrants have died.

Poland and other EU member states accuse Belarus of encouraging the migrants – from the Middle East, Afghanistan and Africa – to illegally cross the frontier into the EU in revenge for sanctions slapped on Minsk over human rights abuses.

“The Belarusian regime is attacking the Polish border, the EU, in an unparalleled manner,” Polish President Andrzej Duda told a news conference in Warsaw.

“We currently have a camp of migrants who are blocked from the Belarusian side. There are about 1,000 people there, mostly young men. These are aggressive actions that we must repel, fulfilling our obligations as a member of the European Union.”

Reuters reporters saw Polish border guards detain a group of Iraqi Kurdish migrants in a forest on the Polish side of the border on Tuesday afternoon. Medics put Red Cross blankets around some of the migrants. One elderly woman could not walk.

NGO Grupa Granica (Border Group) said there were 16 migrants in the group, nine of them children. It said the group had been pushed back and forth between Polish and Belarusian border guards four times since they reached the border on Oct. 24.

“I ask for asylum in Poland,” read a message scrawled in English on a piece of paper held up by a middle-aged man.

Prime Minister Mateusz Morawiekci, who earlier visited Polish troops stationed at the border, said the migrants were being used by Belarus as part of “a new type of war in which people are used as human shields”.

Lukashenko’s government, which is backed by Russia, denies engineering the migrant crisis and blames Europe and the United States for the plight of the people stranded at the border.

It summoned Poland’s defence attache on Tuesday to protest what it said were unfounded allegations about the involvement of Belarusian military personnel in the crisis.

Lukashenko and Russian President Vladimir Putin discussed the situation by phone and expressed concern over the build-up of Polish troops at the border, the Belarusian state news agency Belta reported on Tuesday.

“To conduct a war with these unfortunate people on the border of Poland with Belarus and move forward columns of tanks – it’s clear this is either a training exercise or it’s blackmail,” Lukashenko said in televised comments.

“We will calmly stand up to this.” 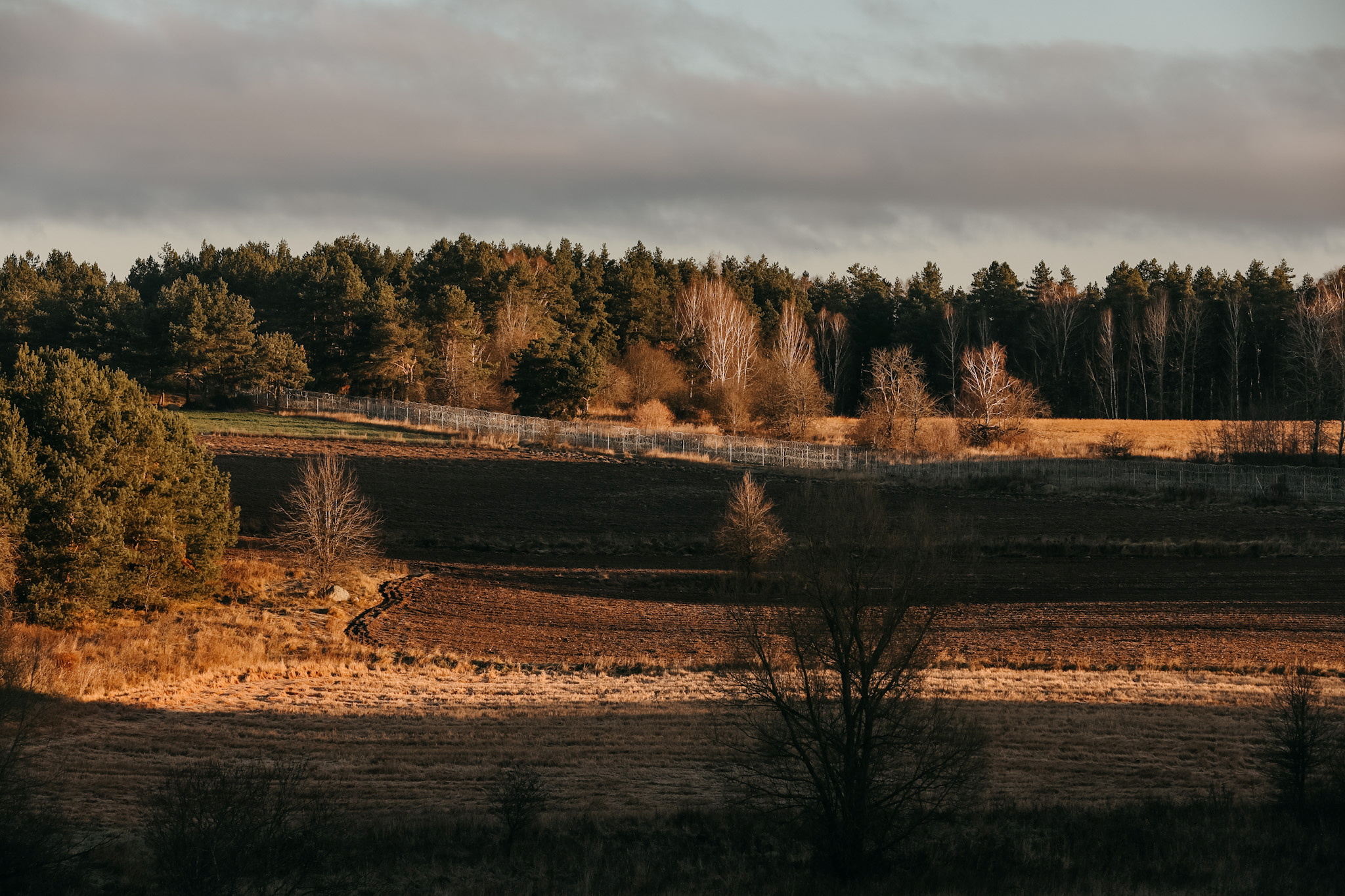 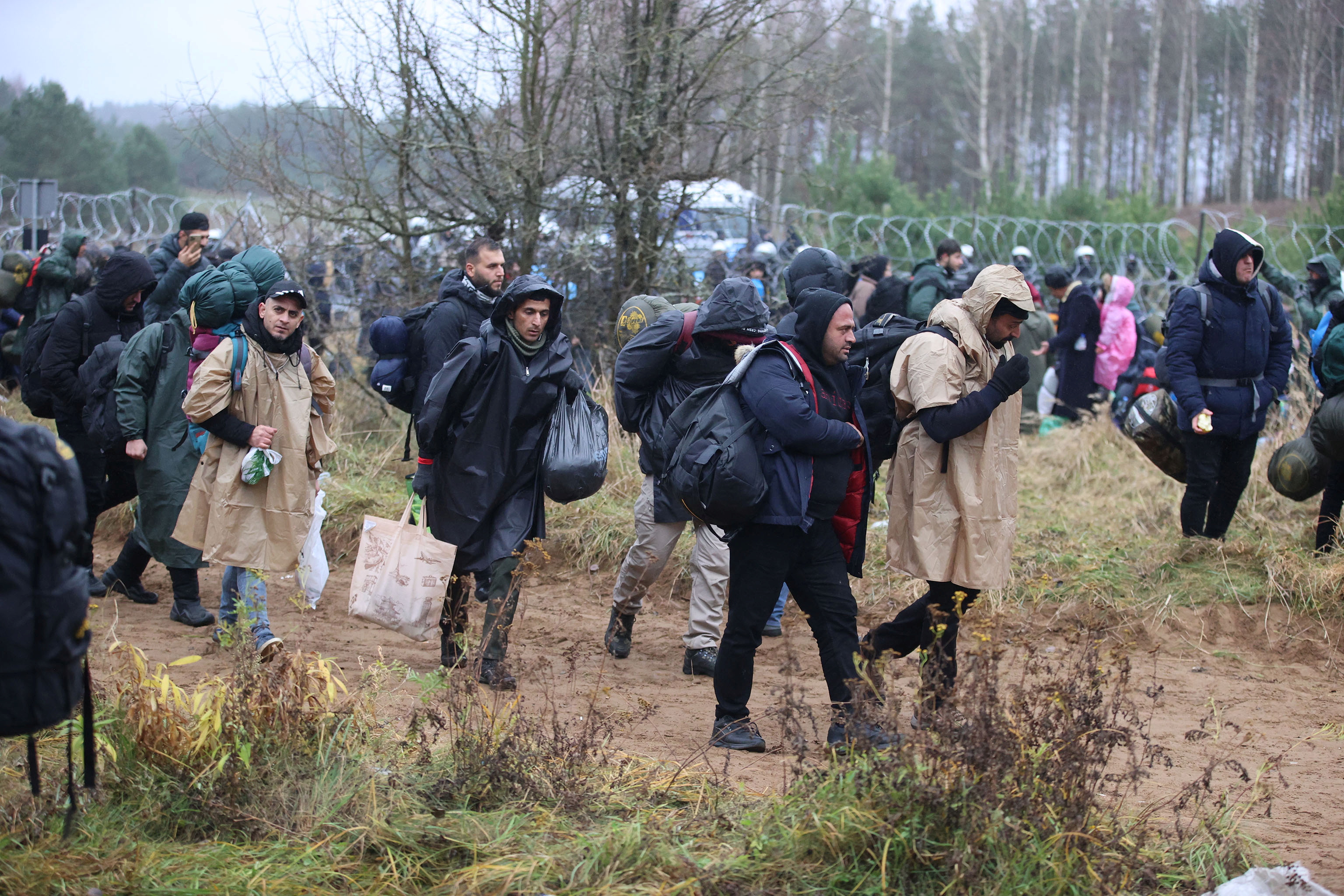 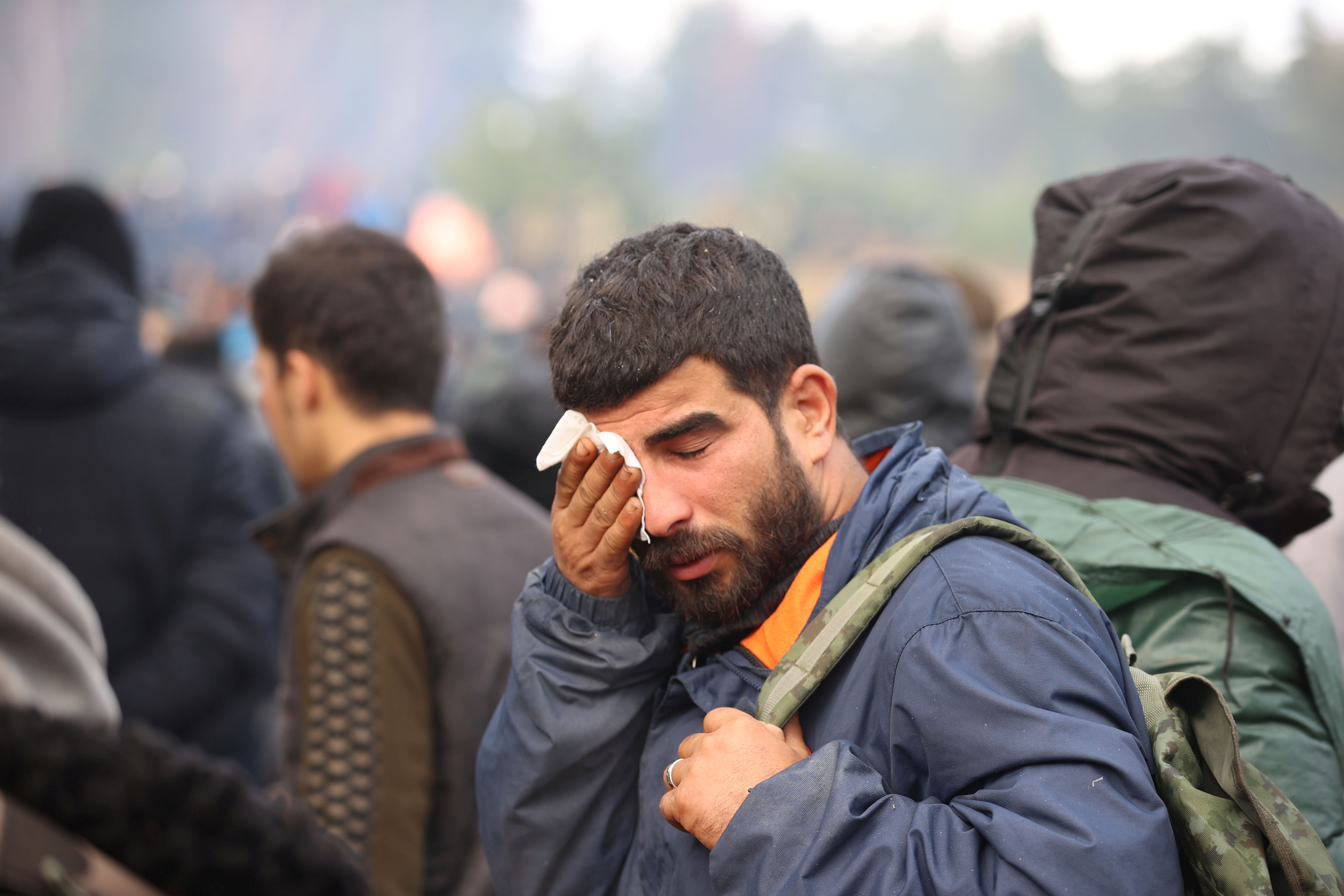 Migrants gather near a barbed wire fence in an attempt to cross the border with Poland in the Grodno region, Belarus November 8, 2021. Leonid Scheglov/BelTA/Handout via REUTERS

The European Commission said around 2,000 migrants had now reached the border. Some could be seen milling around tents and campfires set up just beyond Poland’s barbed-wire barrier.

“This is part of the inhuman and really gangster-style approach of the Lukashenko regime that he is lying to people, he is misusing people…and bringing them to Belarus under the false promise of having easy entry into the EU,” a Commission spokesperson said.

The U.N. refugee agency UNHCR called for an end to the use of vulnerable people as political pawns.

A spokesman for Poland’s security services, Stanislaw Zaryn, said Belarusian security personnel were “firing empty shots into the air, simulating dangerous events”, while also providing tools to the migrants to help them destroy the border fence.

On Monday some migrants used spades and other implements to try to break down the fence.

Lithuania also reported a surge in attempted migrant crossings and followed in Poland’s footsteps by declaring a state of emergency along its border with Belarus on Tuesday.

The move allows border guards to use “mental coercion” and “proportional physical violence” to stop the migrants.

The crisis erupted after Western powers slapped sanctions on Belarus over its violent crackdown on mass street protests that were sparked by Lukashenko’s disputed claim of victory in a presidential election in 2020.

Poland denies accusations by humanitarian groups that it is violating the international right to asylum by hustling migrants back into Belarus instead of accepting their applications for protection. Warsaw says its actions are legal.

“We can never be certain what will happen to people we offer help to in this forest because Polish authorities are breaking the law and the Geneva Convention,” Grupa Granica’s Jakub Sypianski said as Polish police detained migrants nearby.

A poll by IBRiS for Polish daily Rzeczpospolita this week showed 55% of Poles believe migrants who have illegally crossed the border should be sent back.