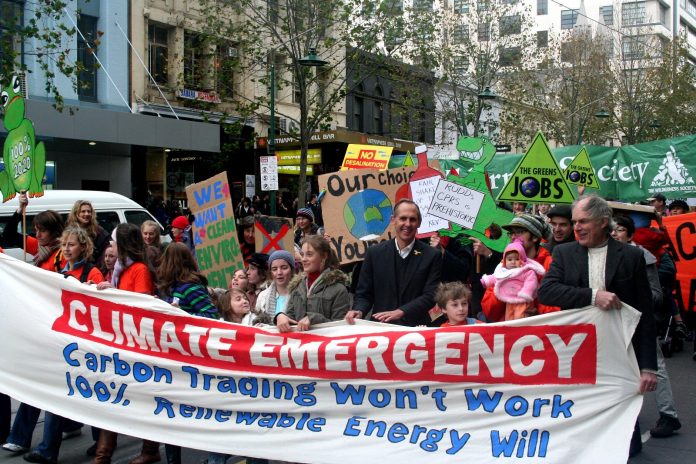 The European parliament today declared a worldwide “climate emergency” in a non-binding vote ahead of December’s UN climate summit.

Lawmakers voted in favour of the resolution with 429 for the motion, 225 against and 19 abstaining.

The declaration calls on the European Commission to ensure all legislative and budgetary proposals are fully aligned with the objective of limiting global warming to under 1.5 degrees celsius.

In a separate resolution, MEPs called on new commission president Ursula von der Leyen to include a 55 per cent reduction target of greenhouse gas emissions by 2030.

The UN’s Convention on Climate Change – or COP25 – will be held in Madrid from 2 December to 13 December. It comes as governments are under increasing scrutiny to act against global warming.

The symbolic vote comes a few days after the UN environment programme said that unless greenhouse gas emissions fall 7.6 per cent each year for the next decade, the world will miss its chance to limit the global temperature rise to Paris targets.

On current pledges and commitments, the world is headed for a 3.2 degree rise.

Lawmakers hope that the vote will help to shape the bloc’s policies under von der Leyen, who assumes office on 1 December.

Earlier this week German newspaper Frankfurter Allgemeine Zeitung reported that the new president wants to invest some €3 trillion in climate protection by 2030.

The newspaper said some €1 trillion would come from the EU budget, with the remainder shored up by European Investment Bank.

Pascal Canfin, the En Marche MEP who chairs the parliament’s environment committee, said:“Given the climate and environmental emergency, it is essential to reduce our greenhouse gas emissions by 55 per cent in 2030. It also sends a clear and timely message to the commission a few weeks before the publication of the communication on the Green Deal.”

Dissenters reportedly objected to the word “emergency”, believing it to be too drastic. They said “urgency” would suffice.