About half of all deaths from coronavirus are happening in care homes, according to data from five European countries collated in a new study.

Research from official sources by a London School of Economics-based team found 42-57 per cent of all deaths linked to Covid-19 were among care home residents.

It comes after industry bosses in the UK said daily death tolls are “airbrushing out” hundreds of older people who have died in the care system.

Care England has estimated there have been nearly 1,000 deaths from coronavirus in care homes.

Separately, Baroness Altmann wrote in the Daily Mail that aged care residents who are refused hospital treatment are “being abandoned like lambs to the slaughter”.

The LTCPN report suggested that the clearest snapshot of coronavirus mortality in care homes came from Ireland, as there was a centralised system to collect information relating to Covid-19.

The most recent figures from Belgium suggest 1,405 care home deaths from coronavirus, 42 per cent of the total.

Meanwhile, figures from Spain are based on media reports of regional government figures for the month to April 8 which cite 8,345 deaths in aged care facilities, or 57 per cent of the total.

In Italy, the figures were based on a survey with 577 homes, or 10 per cent of the total in the country, taking part with an extrapolated figure of 53 per cent of deaths in care homes.

French data from the Ministry of Health gives a figure of 44.6 per cent.

The study’s authors said definitions of care homes can differ between countries so the data is not comparable.

But they added: “It is important to ensure that the levels of infections and deaths of care residents and staff are not ignored, and there is a danger that, by not attempting to measure them even if imperfectly, opportunities to inform the decisions that policymakers make in terms of resource allocations to the care sector may be missed.”

Chief medical officer Professor Chris Whitty said around 13.5 per cent  of care homes in the UK have registered an outbreak and said he would like to see an uplift in testing.

Asked if deaths are being recorded properly in such settings, he said: “Everybody who sadly dies, the doctor will make an assessment based on her or his view about what the cause of death is, that’s what the death certificate says in all cases.

“Doctors take it very seriously and try to make sure that they get as much information to give accurate data.

“One of the things we want to do is to extend the amount of testing of people in care homes as the ability to test ramps up over the next few weeks.

“Because clearly care homes are one of the areas where there are large numbers of vulnerable people and that is an area of risk and therefore we would very much like to have much more extensive testing.”

Matthew Reed, chief executive of charity Marie Curie, said the Government figures published every day of hospital deaths are “lagging behind the big number” as care home deaths are not included.

Provisional figures released by the Office for National Statistics (ONS) on April 7 showed around one in 14 coronavirus-related deaths in England and Wales could be happening outside hospitals.

In the week ending March 27, for those deaths that were registered with Covid-19 mentioned on the death certificate, the ONS found 38 out of 539 occurred in hospices, care homes or other locations, accounting for 7 per cent of the total.

It was the first time the ONS published a weekly breakdown of coronavirus-related deaths that have happened both in and out of hospital, but these figures are only applicable in England and Wales and have a time lag of several days as they are based on registered death certificates. 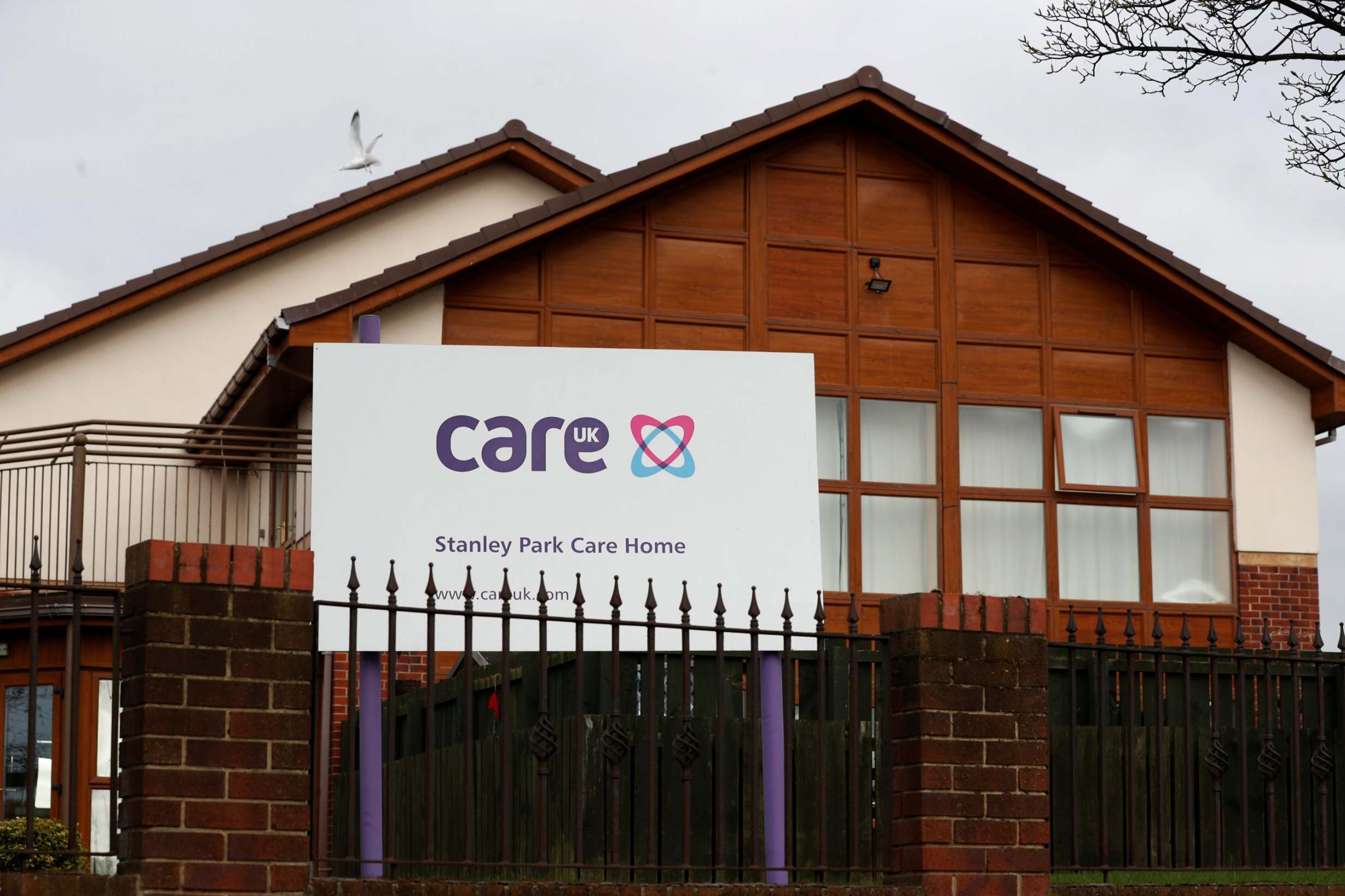 “We therefore risk not recognising the human cost of Covid-19,” Mr Reed added.

Baroness Altmann said the omission of care home deaths from daily figures “speaks eloquently of a shaming state of mind which devalues the lives of the oldest generations”.

She wrote in the Mail: “there are few redemptive news stories to be found here. Just hidden silent death, with our elderly citizens who raised us and demanded so little in return now slipping away alone and isolated.

“The shameful truth is that many care home residents who fall ill are being refused hospital admission.

“In all my decades of campaigning for the dignity of the elderly, there has been no clearer snapshot of how they are being abandoned like lambs to the slaughter. They are being left to die because we don’t value their lives as highly as the young.”