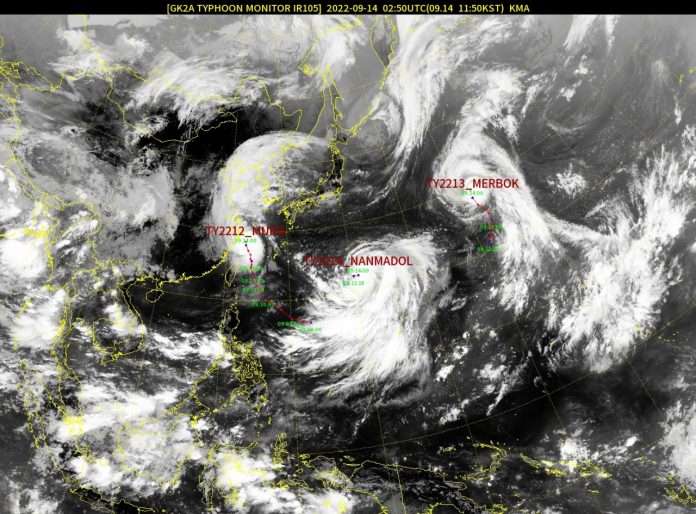 - Advertisement -
Millions of people in Japan were under evacuation warnings as Typhoon Nanmadol brought strong winds and heavy rain to the southwest of the country after making landfall overnight.

The powerful system has weakened since arriving on land yesterday evening around Kagoshima city in the southwestern region of Kyushu, but it has still uprooted trees, smashed windows and left rivers close to overflowing.

National broadcaster NHK said one person had been killed and 50 others injured as the storm passed through Kyushu. There was no immediate confirmation of the figures from authorities.

Prime Minister Fumio Kishida, who had been scheduled to leave today for the United Nations General Assembly, will delay his trip by a day to check on damage from the storm, his office confirmed.

Officials from the Japan Meteorological Agency warned that in Miyazaki prefecture, where some areas saw more rainfall in 24 hours than they normally receive in all of September, river levels were high.

“Even a tiny amount of additional rainfall could cause the water level to increase, so please remain vigilant about flooding and landslides,” Yoshiyuki Toyoguchi from the land ministry told reporters.

Still, given the intensity of the storm, which came ashore packing gusts of up to 234 kilometres (145 miles) an hour, damage appeared relatively limited so far. 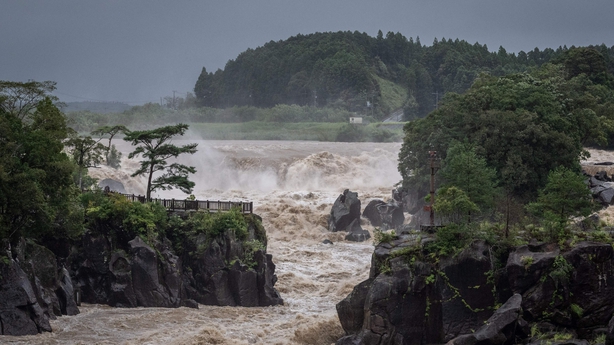 “The typhoon has all but disappeared today and the rain and wind are also subsiding now,” an official in charge of crisis management in Miyazaki’s Saito city said.

“But power is out in some places… we’re also hearing from many residents that electrical wires have been severed and trees have been toppled,” he said, declining to be named.

“Flooding is affecting some areas as well,” he added, saying that officials “believe there are still many details of the damage we’re yet to grasp”.

Rare “special warnings” for Kagoshima and Miyazaki prefectures, issued only when weather events seen every few decades are forecast, have been downgraded.

But evacuation warnings of various levels remained in place for 9.6 million people on the last day of a holiday weekend in Japan.

The warnings are not mandatory, and authorities have at times struggled to convince residents to leave their homes during extreme weather events.

By this morning, nearly 313,000 households in Kyushu and neighbouring Chugoku region were without power, utilities said. Hundreds of flights had been cancelled, NHK said, and many train services throughout the affected regions were also halted.

As of 11am local time, the typhoon was spiralling north-northeast near Kitakyushu, Kyushu island’s northernmost city, with maximum gusts of around 162km/h, according to the JMA.

“The thick cloud and eye area around the typhoon’s centre have already disappeared and it is weakening rapidly,” Ryuta Kurora, the head of the JMA’s forecast unit, told reporters.

“The typhoon is still weakening, and … it has been downgraded from a category strong and large typhoon to a large typhoon,” he said.

Japan is currently in typhoon season and faces around 20 such storms a year, routinely seeing heavy rains that cause landslides or flash floods.

In 2019, Typhoon Hagibis smashed into Japan as it hosted the Rugby World Cup, claiming the lives of more than 100 people.

A year earlier, Typhoon Jebi shut down Kansai Airport in Osaka, and left 14 people dead in its wake.
2018 was a particularly bad year, with floods and landslides killing more than 200 people in western Japan during the country’s annual rainy season.

Scientists say climate change is increasing the severity of storms and causing extreme weather such as heat waves, droughts and flash floods to become more frequent and intense.