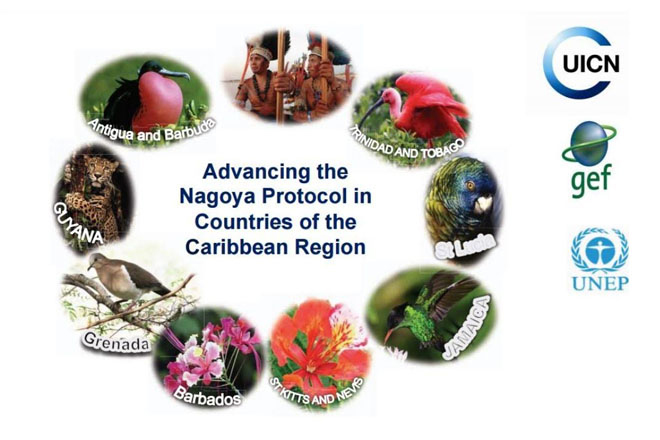 BASSATERRE, St. Kitts — Stakeholders from the public and private sector will take part in a three-day consultation workshops to review and revise draft legislative provisions related to compliance with the Nagoya Protocol. Workshops will be held Sept, 5 to 6 in St. Kitts and Sept. 7 in Nevis.

Experts on genetic resources, traditional medicines and conservationists will attend the workshops. They will discuss access to genetic resources and the fair and equitable sharing of benefits arising from the use of these resources.

The workshops will be hosted by the Department of Environment and facilitated by the International Union for the Conservation of Nature (IUCN), with funding from the United Nations Environment (UNE) and the Global Environment Fund (GEF).

Environmental scientist in the Department of Environment and National Focal Point for the project, Eavin Parry, briefly explained the Nagoya Protocol and noted that the consultation will prove beneficial to St. Kitts and Nevis.

“The Protocol provides a framework for the management of a country’s unique and diverse biological resources (including endemic species),” said Parry. “The workshop will build awareness and expose key stakeholders to the importance of developing ABS legislation and developing policies to protect the genetic resources within our Federation. Workshop participants will contribute to the development and review of draft ABS legal provisions that would form the basis for an ABS Bill.”

“St. Kitts and Nevis is now in the final stages of “ratifying the biodiversity-related Protocol,” Parry explained. “One of the fundamental requirements is for parties to have domestic legislation enacted to ensure compliance with the Articles of the Protocol.”

“A direct outcome of the Legislative Review Workshop will be draft legislation on ABS that would form the basis for ABS Legislation in St. Kitts,” Parry said. “The stakeholder consultation seeks to create greater legal certainty and transparency for both providers and users of genetic resources.”

“For example, while researchers and prospective researchers would benefit from a system where conditions for accessing our genetic are more predictable, the government and people of St. Kitts and Nevis, as the providers of these resources would be in a better position to ensure that benefit-sharing arrangements are facilitated,” Parry concluded.

The workshop forms part of a regional project “Advancing the Nagoya Protocol in countries of the Caribbean” (2015-2018).