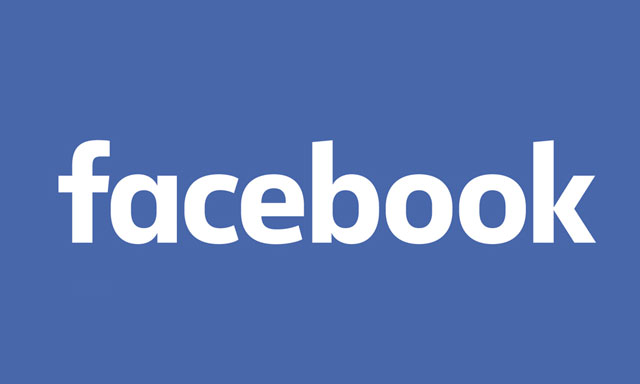 Facebook is coming under mounting pressure from major companies to rein in hateful content on the platform or risk further loss of ad revenue.

In the past week, companies like Patagonia, The North Face, Ben & Jerry’s and REI have joined the Stop Hate for Profit campaign organized by civil rights groups in the wake of the police killing of George Floyd.

Organizers of the Facebook boycott acknowledge that while previous efforts to change Facebook’s platform have fallen short, the national focus on racial injustice has put a spotlight on all aspects of life, including social media.

“I think the country is reckoning with this legacy of systemic racism in a way that it hadn’t before. You see this playing out in the public square [and] it seems to be playing out in the political arena,” Jonathan Greenblatt, the CEO of the Anti-Defamation League (ADL), told The Hill in an interview Tuesday. “That environment, I think, creates the conditions in which this advertising pause has so much appeal.”

The ADL, NAACP, Sleeping Giants, Color of Change, Free Press and Common Sense launched the Stop Hate for Profit campaign last week, calling on companies to pull their advertising dollars from Facebook for the month of July.

The groups have held private discussions with Facebook CEO Mark Zuckerberg for years about how to improve the way the platform deals with racist, bigoted, anti-Semitic, white supremacist and otherwise violent content. The decision to band together and seek support from advertisers was sparked by Facebook’s handling of the anti-police brutality protests following Floyd’s death.

“There’s been a lot of misinformation,” said James Steyer, founder and CEO of Common Sense.

He said that after Floyd’s death, “there’s been a ton of hate and white supremacist content on the platform, and they just ignore it.”

The campaign comes at a time when Facebook is under internal and external pressure over its handling of President Trump’s rhetoric, especially his posts that are seen as glorifying violence. Zuckerberg has defended the platform’s hands-off approach, but that position has come under increasing fire as other tech companies like Twitter have been more aggressive about attaching warning labels to the president’s comments.

The groups behind the current boycott are calling for Facebook to, among other things, create a threshold for harm where users facing harassment can speak directly with an employee, an internal mechanism for removing ads labeled as misinformation and a system for flagging content in private groups.

Although the campaign was just launched last week, it has already received more than a dozen corporate supporters.

Outerwear companies, including Eddie Bauer and Arc’teryx, were some of the first to join, pledging to stop buying advertisements on Facebook and Instagram for July.

“As the world’s largest on-demand remote talent platform, we are committed to building a safe and inclusive space for companies and professionals,” Hayden Brown, CEO of Upwork, said in a statement to The Hill on Monday. “We cannot stand by and be complicit to or complacent about the spread of hate, racism, and misinformation, and that is why we are supporting the Stop Hate for Profit advocacy campaign.”

Greenblatt suggested more companies are likely to add their names to the list.

“We’ve had a lot of incoming advertising agencies and other big brands who are thinking about it, and I think you’ll see many more come online in the days ahead,” he said.

There are already signs that some ad agencies may get on board.

The Hill has reached out to 360i for comment.

David Kirkpatrick, author of “The Facebook Effect” and founder of Techonomy, called the potential of the boycott campaign “historic.”

“I think there are a small number of really globally influential advertisers that would gain the attention of Facebook in a way that nothing else ever has,” he said on Tuesday.

Facebook said it will continue to work with companies and civil rights groups on how to improve its platform.

“We deeply respect any brand’s decision and remain focused on the important work of removing hate speech and providing critical voting information. Our conversations with marketers and civil rights organizations are about how, together, we can be a force for good,” Carolyn Everson, vice president of Facebook’s global business group, said in a statement to The Hill.

Even with early momentum, many questions remain unanswered about the effectiveness of the campaign.

Sarah Miller, director of the American Economic Liberties Project and co-director of Freedom from Facebook and Google, said Facebook is unlikely to budge without regulatory changes.

“It is obviously good to see this kind of energy emerge, it just needs to be complemented with the focus on changing the business model and preventing the monetization of hate that’s at its root,” she said.

Facebook’s massive ad revenue is another challenge for the campaign. The company reported nearly $70 billion in revenue in 2019, more than 90 percent of which came from advertising.

Experts expect that figure to grow despite the economic downturn from the coronavirus pandemic.

“I don’t think the boycott for the month of July will be material for Facebook,” said Ali Mogharabi, a senior equity analyst at investment research firm Morningstar.

Patagonia, for example, spent just $1 million on Facebook ads about social issues from May 2018 to June 2020, according to The Associated Press.

Mogharabi also noted that it may be difficult for small and medium businesses to afford not to advertise on Facebook or Instagram given the effective reach of the platforms.

There is also a looming question of what companies will do after July. The North Face, the first major company to join the campaign, told The Hill it will “reevaluate our position” depending on what Facebook does.

Greenblatt acknowledged these concerns but emphasized the potential impact of the campaign regardless.

“This isn’t about making a dent, this is about making a point,” he argued. “We realize that this is a steep hill to climb. And yet, every company I’ve talked to says the same thing: They want to take a stand for racial justice. They want the largest advertising platform in the world to demonstrate that it stands for these basic issues.”