MEXICO CITY, Nov 29 (Reuters) – When 27-year-old Ariadna Lopez was found dead beside a highway in the central Mexican state of Morelos in October, local investigators were fast to declare there were “no signs of violence.”

Their version – that Lopez died of asphyxiation as a result of alcohol intoxication – quickly unraveled.

First, Lopez’s family publicly decried the idea there was no crime committed, pointing to bruises on Ariadna’s body.

Then a second autopsy conducted at the behest of officials in Mexico City, where she had visited a restaurant the evening she died, said her body showed various blunt force injuries and concluded multiple trauma was the cause of death.

The case has shone a fresh spotlight on repeated shortcomings in investigations of violent crimes against women in Mexico, where recorded numbers of murders of women are rising.

In the days after Lopez’s death, Mexico City Mayor Claudia Sheinbaum accused Morelos prosecutors of “wanting to cover up the femicide” due to alleged corrupt links with the suspected killer, without giving detailed evidence.

Morelos chief prosecutor Uriel Carmona denies wrongdoing and said he had no links with the suspect. He has said that although Lopez’ body did have bruises, his office’s original autopsy was correct.

But for Teresa Rodriguez, a sociologist at the National Autonomous University of Mexico (UNAM), the attempt to blame Lopez for her own death – by drinking too much – falls into a pattern of victim-blaming common in Mexico and that often discourages women from reporting crimes.

“The most tragic part is that this tendency to re-victimize and victim-blame doesn’t even require corruption,” said Rodriguez. “It’s a question of culture and bias: Experts, doctors, forensic specialists… Any woman who has reported a crime knows this.”

Lopez’s case fits a grim pattern of botched investigations into killings of women. Last April, 18-year-old Debanhi Escobar was found dead near a motel in the state of Nuevo Leon. A first autopsy ruled accidental death; a second found sexual assault and battery; and a third concluded she had died of asphyxiation.

In 2017, the family of Lesvy Berlin, who was found strangled in a phone box in Mexico City, was first told by investigators she committed suicide. Authorities, who eventually ruled the death a femicide, took two years to apologize.

Over 5,600 women were killed in Mexico in the first nine months of this year, according to government data – an average of 20 every day.

Half were presumed manslaughter, just over a third, murder, and 12% femicide – the killing of a woman or girl on basis of gender – a more serious charge that calls for up to 70 years in jail.

Last year, the number of femicides rose even as murders of men fell slightly, according to government data. Mexico remains engulfed in gang violence that kills mostly men. 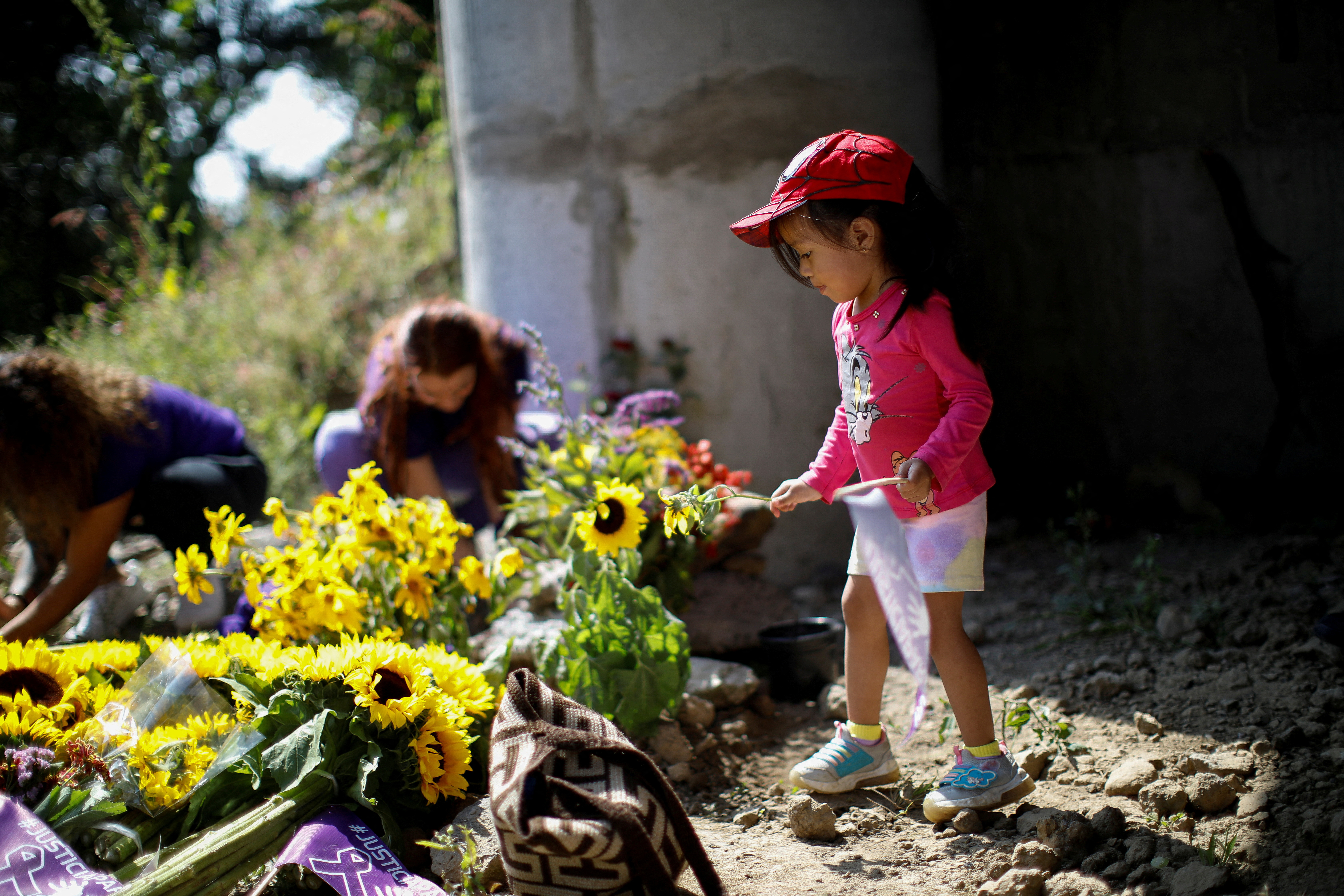 A girl places a flower on the site where the dead body of Ariadna Fernanda Lopez was found on the highway Mexico-Cuernavaca, in Tepoztlan, Morelos state, Mexico November 8, 2022. REUTERS/Raquel Cunha/

Hefty prison sentences for femicide do not help when murders often go unreported and are not investigated adequately, Melissa Fernandez, a researcher at University of the Cloister of Sor Juana in Mexico City, specializing in gender violence, told Reuters.

Government data from 2019 showed that for every 100 women killed in Mexico only four result in sentences.

“Hell, it needs to be said: In this country, men murder women because they can,” said Fernandez, who also singled out a media culture that often trivializes the murder of women and girls.

More than a decade ago, the Inter-American Court on Human Rights found that investigations into the killing of three women in Ciudad Juarez were prejudiced by gender-based stereotyping, with public officials blaming the victims for their fate.

While Mexico has since made some progress creating legal frameworks aimed at curbing gender violence, the OAS this year recommended the government take urgent measures to eradicate discrimination against women in public institutions.

Rights lawyer Patricia Olamendi said it appeared cases were being investigated selectively, for political or other benefits.

“If (Ariadna’s) family had not insisted, it would have looked like an accident,” Olamendi said.

“We are dealing with negligent authorities, who do not want to comply with the law, who cover up and deny the generalized violence against women,” she said.

Mexico City prosecutor Ernestina Godoy said authorities were doing their part. “To all women: have faith in us, speak out. We are ready to investigate,” she said.

As Mexico City contested the Morelos autopsy, women marched in the capital donning purple, an international symbol for gender equality, and laid sunflowers along the dusty Morelos highway where Lopez was found.

On Friday, women across Latin America marched in an international day of protests against gender violence.

Some critics have accused Sheinbaum, a likely contender to become Mexico’s first female president in 2024, of exploiting Lopez’ case for political gain.

For the sociologist Rodriguez, the push by Mexico City authorities is a sign of progress, but one that should not be overly celebrated. “It’s their job,” she said.

“And if that job sometimes gets done, close to how it should be, then it’s thanks to the women who turned their anger into an instrument of political struggle on the streets.”