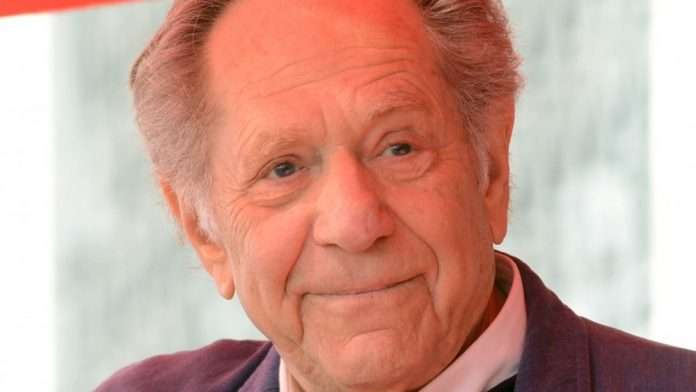 Respected actor George Segal has died at age 87 after complications due to surgery on March 23, 2021. Segal’s acting career spanned more than 60 years.

Segal is known for his wide range of roles, from the beloved actor’s Oscar-nominated role in Who’s Afraid of Virginia Woolf? to the 1977 comedy Fun With Dick and Jane to his latest TV series, The Goldbergs. Many in Hollywood reacted to the news.

Adam F. Goldberg responded to the news of Segal’s death with an emotional tweet about the actor. Goldberg cast Segal to play the Jewish family patriarch Albert “Pops” Solomon in his ABC hit series, The Goldbergs. The producer posted photos of Segal and tweeted, “By pure destiny, I ended up casting the ideal man to play Pops. Much like my grandfather, George was a child at heart using a magic spark.”

Sonia Segal, the TV and movie star’s wife, announced his death in a statement. Segal’s wife said (via ABC News), “The family is devastated to announce that this morning George Segal passed away due to complications from bypass surgery.”

The Hollywood Reporter called Segal “the leading man of light hearted comedies.” Most of his younger fans know him for his television work. Segal played Jack Gallo on the NBC comedy series starring David Spade, Just Shoot Me (1997 to 2003), and appeared on ABC’s The Goldbergs (2013-present).

As mentioned, the actor was nominated for an Oscar for his work in the film Who’s Afraid of Virginia Woolf? Segal’s co-stars Sandy Dennis, Elizabeth Taylor, and Richard Burton were all nominated for Oscars for the legendary movie as well. Segal was the last surviving member of the cast (via ABC News).