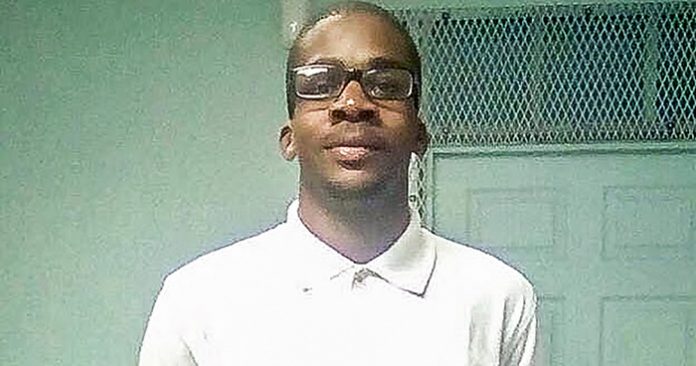 A father’s insistence that the sudden death of his son was murder and not by natural causes has prompted the police and coroner to re-examine their findings.

Nigel Arthurton the father of 23-year-old Shaquille Pemberton who body was discovered January 27, in the Gillards Meadows is questioning the results of the autopsy performed on his son while also insisting the belief that his son was murdered.

Initially police indicated that they’re not treating the matter as a homicide. Over the weekend in a release from the Police confirmed that the death of Pemberton, was by natural causes following an autopsy done by Forensic Pathologist, Dr. Valery Alexandrov.

The release stated that, Dr. Alexandrov ruled that the death was due to acute pulmonary failure due to haemorrhagic viral myocarditis and pneumonia.

However Arthurton in an interview with The Observer contends that he believes his son was the victim of a murder. He said, “Anybody in their right minds who heard what the autopsy said could never think that is factual.

“I would like to know if it is natural, where is his wallet and where is his cell phone and why is it his pocket was pulled out? That means somebody tampered,” the grieving father contends.

He stated that where the body was found no blood was seen but spots of blood were seen on the grass leading to the area.

On Tuesday Police issued a second release on the autopsy stating that since undertaking further laboratory tests in Trinidad, Dr. Alexandrov has now revised his opinion and ruled that the method of death is undetermined.

“While Mr. Pemberton’s death was due, in part, to acute pulmonary failure due to haemorrhagic viral myocarditis and pneumonia, the forensic pathologist is of the view that there are other inconsistencies surrounding the manner (mode) of death that merit further investigation,” the release stated.

The police have indicated that based on the new determination they are continuing investigations and will be seeking the support of the public to assist with their enquiries.

Arthurton then gave an account of the day his son went missing:

“My niece saw him the Friday morning when he was eating. He did not return home Friday night and the Saturday morning and I found it strange.”

He stated that he will continue to call his son’s death a murder until he is satisfied otherwise. “There are a lot of questions to ask and there are few answers we are getting. He had some marks on his stomach and the police say they are insect bites. For me, I would like to know what kind of insect could bite like that. The kind of marks that were there I thought were stabs.”

This publication then asked if any action will be taken by the family to see to it that they get justice for Shaquille. He said, “For me as a father and his only parent, whatever steps I can take I will, because we live in a society where we don’t even know who murderers are.”

“It is sad for someone to come into St. Kitts, I don’t know for how much money to do an autopsy and to give those silly excuses to me and my family. It is not suitable so I would have to go the length and breadth that I have to get some justice out of it. It is something you have to question it is not adding up to anything at all,” Arthurton stated.

He then descried his son’s personality. “He was a guy moving around to his own self. He was a cool guy going about his business, never troubled anyone.”

He stated that the funeral for Pemberton would be held Thursday at the Basseterre Church of God.