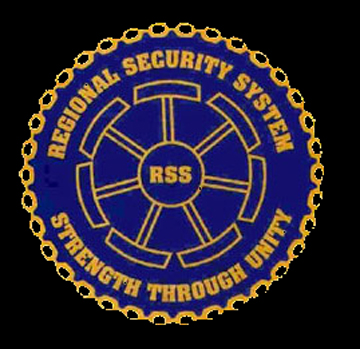 BASSETERRE, St. Kitts –- The Federation has announced the deployment of the Barbados-based Regional Security System (RSS) troops to assist in cracking down on crime and to pursue the government’s developmental agenda to bring peace, security and stability to every citizen and resident, according to by Prime Minister and Minister of National Security, Dr. the Honourable Timothy Harris.

The official government statement said the decision to deploy the RSS to ramp up its crime fighting initiatives, is much to the chagrin of the Dr. Denzil Douglas-led Opposition, which has vehemently opposed the move for suspect political motives.

In an Oct. 13 national address, Prime Minister Harris underscored his government’s position in leaving no stone unturned when it comes to the criminal elements that threaten to derail the country’s advancement, human development and economic progress, a country that is leading the region in its fiscal performance and stability.

“RSS forces began arriving into the Federation on Oct. 10, and will continue to arrive into St. Kitts and Nevis in sufficient numbers to assist our ongoing efforts at ensuring citizen safety and security. RSS members are already deployed throughout the communities with local national security personnel, and their presence will help local law enforcement to expand the extent of their coverage of the country,” the Minister of National Security said.

“By engaging the RSS, the High Command of the Royal St. Christopher and Nevis Police Force (RSCNPF) and by extension the entire law enforcement body will benefit from the expertise and manpower of the regional organization, of which St. Kitts and Nevis is a contributing member.

“St. Kitts and Nevis is a member of the RSS and financially contributes to support the functioning of this important regional security mechanism. That membership and financial contribution oblige the RSS to assist the Federation when necessary. It is yet another available security asset and my Government will not hesitate to utilize all assets at our disposal to further the peace and security of our country,” Dr. Harris said, while noting that “the RSS will remain in St. Kitts and Nevis for as long as necessary until the security forces advise that their presence is no longer required.”

“The Government asks for the fullest understanding and cooperation of the general public in their engagement with the RSS members and the members of the local security forces. Public safety and security are my Government’s highest priorities and no stone shall be left unturned and no effort or expense spared in ensuring that all Kittitians and Nevisians and all who call St. Kitts and Nevis home are safe and secure,” Prime Minister Harris said.

The RSS website says the organization was created out of a need for a collective response to security threats, which were impacting on the stability of the Caribbean region in the early 1970,s and 1980’s.

In October 1982, four members of the Organisation of the Eastern Caribbean States, namely, Antigua & Barbuda, Dominica, St. Lucia and St. Vincent and the Grenadines, signed a Memorandum of Understanding (MOU) with Barbados to provide for “mutual assistance on request”. St. Kitts and Nevis joined after gaining independence in September 1983 and Grenada joined in January 1985.

In 1992, the MOU was updated and the RSS acquired juridical status in March 1996 by way of the Treaty which was signed in St. Georges, Grenada.

The memorandum made provisions for a fast moving non-bureaucratic organization which could react to the security needs of Member States if requested.

This was first demonstrated in October 1983 when, together with the military forces of the United States of America and Jamaica, the RSS deployed troops to Grenada to restore democracy after a period of political upheaval. This intervention would have been impossible without the mutual cooperation and understanding which is characteristic of the Regional Security System response mechanism found in the Memorandum of Understanding and later on in the Treaty Establishing the RSS.

The Regional Security System is a “hybrid” organisation, in that its security forces comprise both military and police personnel who remain under the command of their respective Heads.

As a result, the Executive Director, RSS has additional responsibilities to the wider CARICOM region. Under the TSA, he is the Coordinator of the Security Assistance Mechanism and a member of the Joint Strategic Coordinating and Planning Committee.

Traditionally, the RSS was concerned with traditional security threats of an operational nature namely illicit drugs and arms trafficking and internal security. However, given the dynamism within the international security environment, the Executive Director guided by the provisions in the Treaty Establishing the RSS (1996), has embraced the need to have a clear understanding of other non-traditional criminogenic environments which undoubtedly affect the national security of Member States.

This has led to the establishment of new departments at the RSS Headquarters to carry out research on areas affecting national security, as well as analysing the crime patterns and trends, in order to establish evidence-based programmes to assist Member States in coping with the dynamics of national development.

Dr. Harris was referring to a recent attempt by the Leader of the Opposition, Dr. Denzil Douglas, to undermine the national security framework of the nation, which he described as “desperate, hypocritical and shameful.”

The Prime Minister was the revelation that the Opposition Leader had written to the Organization of Eastern Caribbean States (OECS) protesting the perceived deployment of law enforcement personnel from the Regional Security System (RSS) to St. Kitts and Nevis.

In an Oct.9 letter, addressed to Chairman of the OECS Authority, Dr. the Honourable Ralph Gonsalves, Dr. Douglas sought to gain the regional body’s support in his attempt to prevent outside assistance from the RSS to beef up the overall security operations in the country.

On Oct. 12, speaking on the People’s Voice radio programme on Sugar City FM, Prime Minister Harris said he finds it difficult to fathom why the Opposition Leader or any right-thinking resident or citizen would stand against the prospect of having an increased security presence in St. Kitts and Nevis.

Dr. Harris concluded that “Denzil Douglas is a bitter man at this point and he has no shame,” particularly because Dr. Douglas himself has relied upon the services of the RSS in the past.

Prime Minister Harris, who is the Minister of National Security, stressed that in his opinion only the criminals and those who harbour and support criminals should be concerned when law enforcement is being strengthened.