Honolulu, Hawaii (CNN)  Linda Yuen Lambrecht stands in front of a webcam, with her head to her hips — her signing space — perfectly centered in the frame; a white plumeria fastened above her left ear. On-screen, three women look back at her.

“No American Sign Language [ASL],” Lambrecht reminds them with her hands, as the virtual class begins. “This is Hawaii Sign Language [HSL].”
More than 100 students have received the same reminder from Lambrecht. Since 2018, she’s offered HSL classes to the public; first in-person and, since the Covid-19 pandemic began, on Zoom.
Lambrecht isn’t just teaching. She’s fighting erasure, globalization and the cruelty of time to keep an endangered sign language — and with it, generations of history, heritage and wisdom — alive.
But experts estimate that fluent HSL users number in the single digits. Time is running out.

The race against time to save HSL 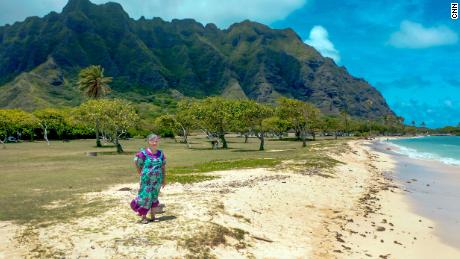 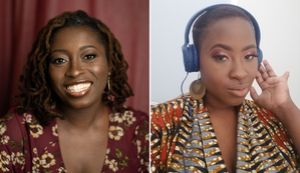 Not Yet Satisfied: These women are making sexual pleasure a gender equality priority
Lambrecht feels the urgency, too. Because of the pandemic, she hasn’t been able to make progress on her goal of getting HSL classes into schools. But she hopes to do so next spring.
In the meantime, she’s been filming herself telling children’s stories in HSL. She’d like to record more stories — “not American stories; Hawaiian stories” — like the legend of the demigod Māui, who used his magical fishhook to pull up the islands of Hawaii from the ocean.
Hawaii means everything to her, Lambrecht says. Its culture, communities and ancestral knowledge form a core part of her identity, and a vital piece of what she wants to pass on to the coming generations through HSL, just as her brothers did for her.
“I lived in the U.S. for about five years,” Lambrecht says. “After I came back, I cried and I cried … I got on my knees. I kissed the ground. I was home.”

The Legend of the Demigod Māui 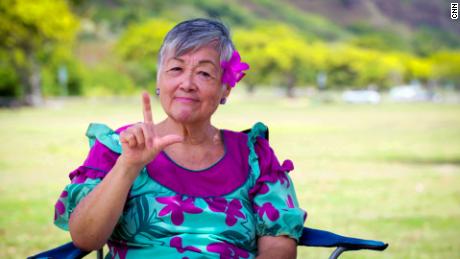 Linda Yuen Lambrecht signs the legend of Maui in HSL 03:21
Read more from the As Equals series