TEGUCIGALPA, Oct 2 (Reuters) – A huge fire destroyed or damaged more than 200 houses and businesses on the Honduran island of Guanaja on Saturday, forcing hundreds of residents to flee for safety and ravaging the tourism-dependent resort, relief authorities said.

Dramatic video footage shared on social media showed rows of seaside houses engulfed in flames and wooden homes collapsing in Guanaja, a Caribbean island about 70 kilometres (44 miles) off the north coast of Honduras.

Honduran Air Force dropped water on the island to douse the fire but not before it had destroyed many homes. Footage taken after the inferno was brought under control showed dozens of concrete houses with no roofs and windows. 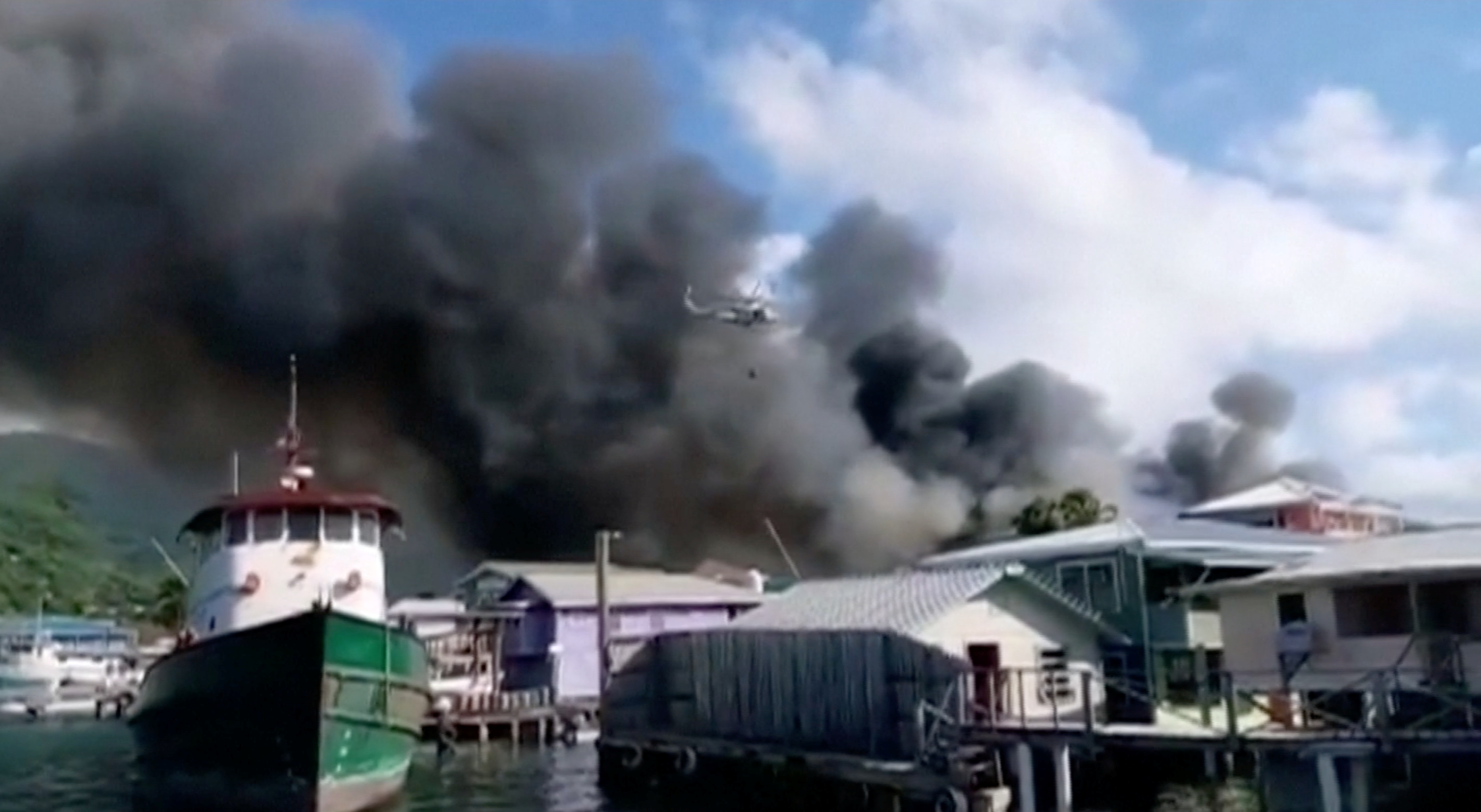 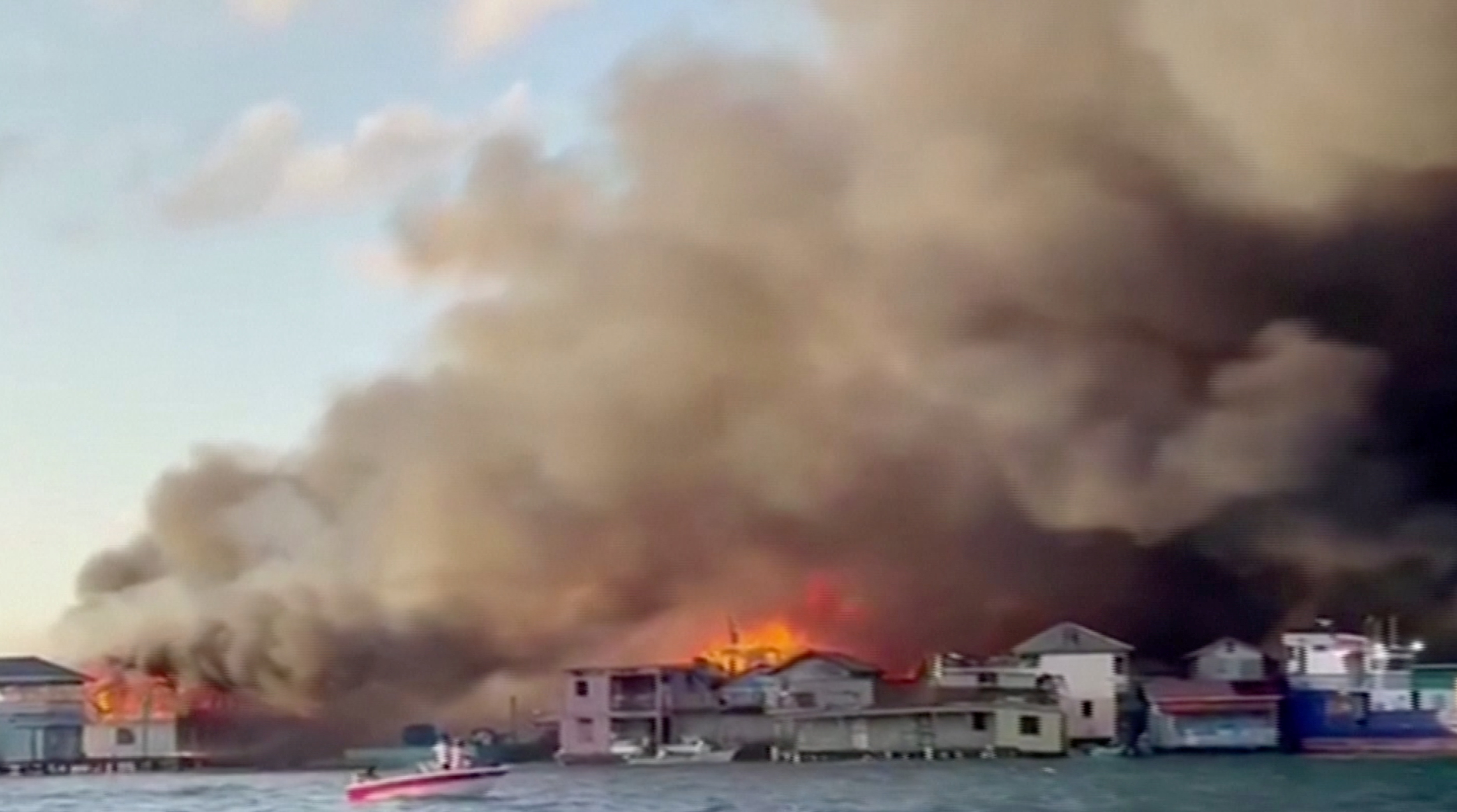 Smoke billows from a fire at a residential area on the island of Guanaja, Honduras in this screen grab taken from a video taken October 2, 2021. COPECO/Reuters TV via REUTERS

“We can confirm that we have no human losses but vast material losses,” said Max Gonzales, minister of the National System for Risk Management and National Contingencies (SINAGER) agency.

Four people were injured in the blaze, which destroyed 90 houses and damaged another 120, including some used as businesses, Gonzales said.

The fire broke out before dawn and residents struggled to bring it under control as the island does not have a firefighting service.

Guanaja is one of the country’s three picturesque Bay Islands, where snorkelers and divers come to see dolphins and a big coral reef.