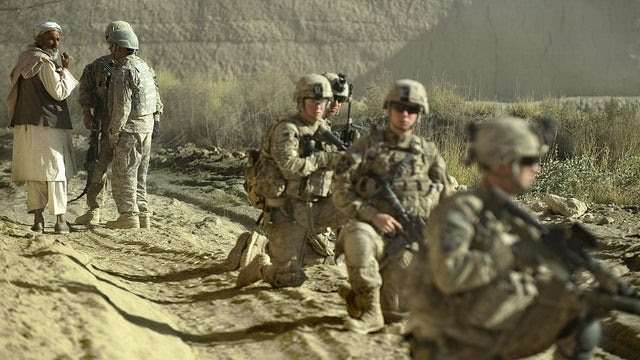 The Biden administration plans to send the first group of Afghans – who are being evacuated amid threats to their lives for helping U.S. troops during the war – to a military base in Virginia, a congressional aide notified about the plans confirmed Monday.

“These are brave Afghans and their families, as we have said, whose service to the United States has been certified by the embassy in Kabul, and who have completed thorough SIV security vetting processes,” State Department spokesperson Ned Price said at a news briefing. “They will be provided temporary housing and services as they complete the final steps in the special immigrant process.”

The plan: Up to 2,500 Afghans who are in the “very final stages” of applying for SIVs are expected to be sent to Fort Lee while they wait for “final medical screenings and final administrative requirements,” Pentagon press secretary John Kirby said at separate briefing. That includes 700 SIV applicants, while the rest are their family members.

Because they are near the end of the process, the Afghans are likely to only stay at the base for “several days or so,” Kirby added.

Some of the 2,500 may also be sent to other military bases inside the United States in addition to Fort Lee as the Pentagon continues to look at options to house SIV applicants, Kirby said.

Earlier: The news, which was first reported by Reuters, comes after the Biden administration last week formally announced “Operation Allies Refuge,” which officials said would start evacuations at the end of July.

Sending the Afghans to Fort Lee represents a shift from the administration’s initial statements on looking to send them to third countries or U.S. facilities outside the continental United States.

But the Pentagon last week did say it also started looking at facilities within the continental United States in order to give the State Department, which is leading the operation, as many options as possible.

Other groups sent elsewhere: The Pentagon is continuing to look into overseas facilities to house Afghans who are less further along in the visa process than the group coming to Virginia and so need “additional security vetting,” Kirby said Monday.

Plans are underway to relocate about 4,000 applicants and their family members outside the United States, Price said.

This group has passed the “chief of mission screening” process, Price said, but has yet to complete the more vigorous security clearance vetting process to come to the United States, which can take several months.

Why Fort Lee?: For those coming to Fort Lee, the Pentagon will provide food and water, “appropriate medical care” if needed and “as much comfort as we can provide,” such as providing access to religious facilities, Kirby said. The department will not need to build new housing for them on the base, he added.

Asked why Fort Lee was chosen as the initial site to house the Afghans, Kirby said the base “just made a lot of sense for a lot of different reasons.”

Kirby declined to say when the first group would arrive at Fort Lee, citing security concerns.

The background: The Biden administration has faced increasing pressure from lawmakers and advocates to evacuate Afghans who served as interpreters or otherwise helped the U.S. military during the war as the United States nears its final exit from Afghanistan after nearly 20 years.

The pullout from America’s longest war is about 95 percent done, with President Biden setting an official deadline of Aug. 31 for the end of the withdraw